Scientists are researching the reasons why pandemics the magnitude of COVID-19 occur. 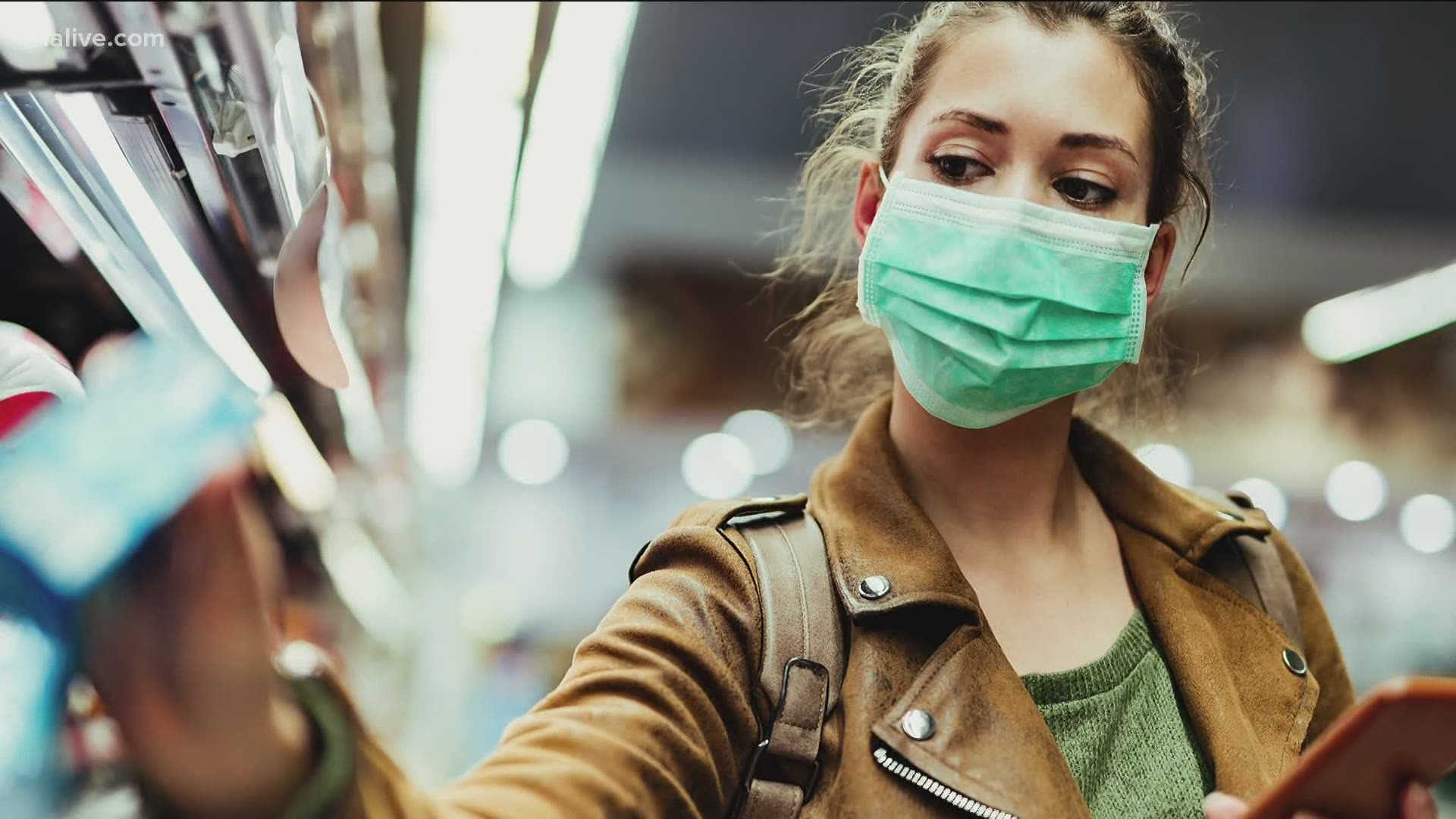 ATLANTA — Pandemics of the magnitude we’re experiencing now are rare, and researchers are busy studying why they happen.

Pictures of masked travelers quarantined on a cruise ship or football fans watching a game with their faces covered are nothing new. Long before COVID-19, there was the Spanish flu that spread to one third of the world's population killing 50,000,000.

“Really horrifying accounts of doctors trying to administer treatment to patients,” says Dr. Maria Sundaram of Emory’s Rollins School of Public Health. “As soon as they got in the hospital they died.”

Since the pandemic of 1918 there have been two others that have taken more than a million lives worldwide.

Let's look at why they happen.

Viruses mutate. Most of the change doesn't mean much to us.

“Mutations in all living organism occur all the time,” says Dr. Jose Cordero of the University of Georgia’s College of Public Health. “It is a little bit of luck of the draw where that change happens.”

The genetic makeup of a virus determines how well it spreads or if it can cause a severe illness.

The Ebola virus is often deadly but doesn't transmit that easily. Others spread but with mild illness.

And then there are those rare times when a virus evolves into what we see with the current coronavirus.

“You have the combination of those two elements -- transmits quickly and the second a disease that's quite severe,” says Dr. Cordero. “There you have a recipe that is what we have with COVID-19.”

According to the CDC, a flu virus can shift in a way that allows animals to infect humans who would have little or no immunity. That's what happened with the Swine flu in 2009, although in that case many people over 60 had some antibodies, likely because of exposure to a similar virus earlier in their lives.

Pandemics don't necessarily come decades apart. In 1957, the Asian flu killed 1.1-million people worldwide. It was followed in 1968 by the Hong Kong flu that took almost as many lives and had some of the same genetic makeup as the virus that swept the world 11-years before.

MORE FROM THE WHY GUY: