Why do we hang stockings during Christmas?

It's a tradition that goes back to the early days of a Bishop named Nicolas. 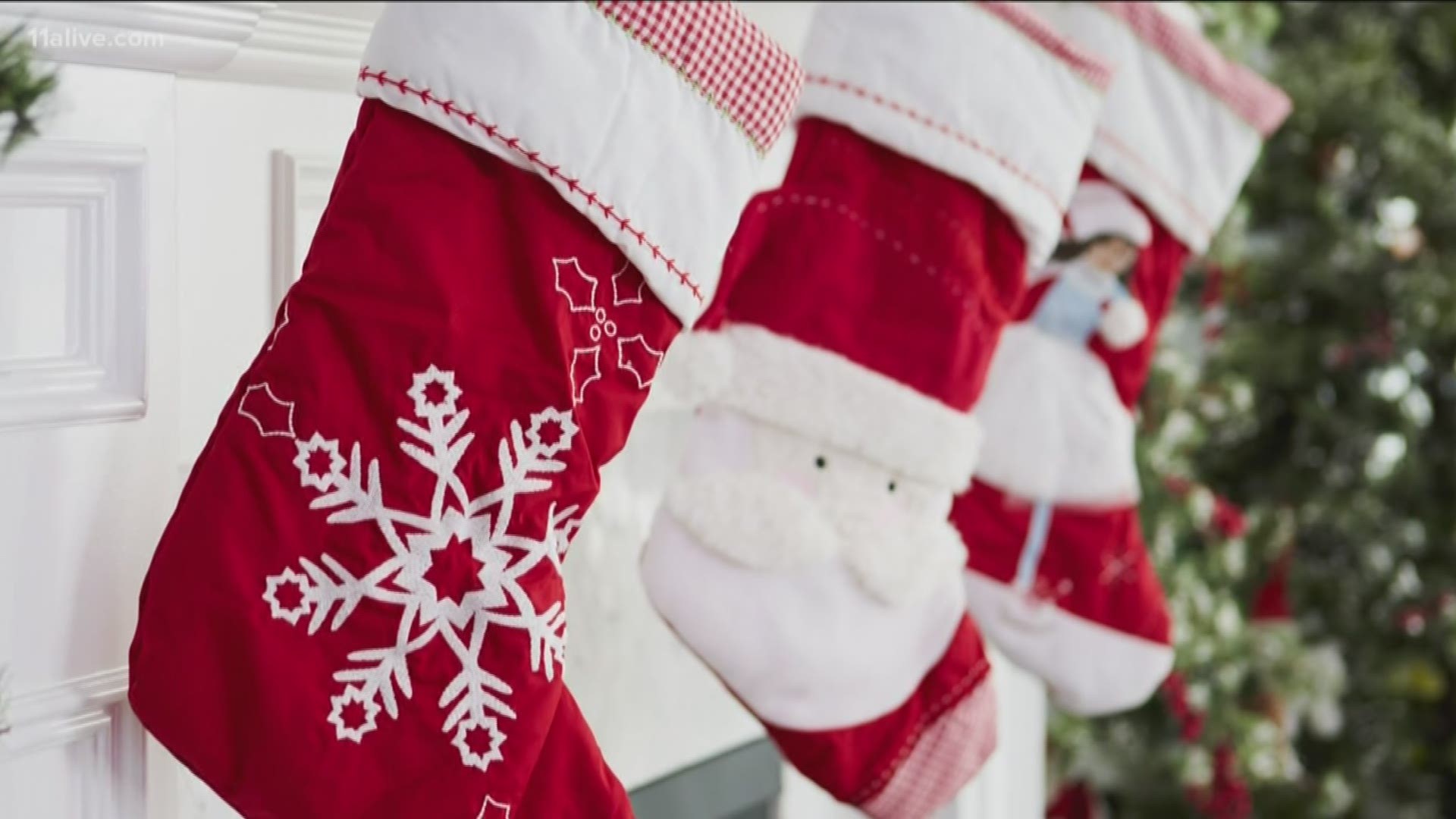 ATLANTA — ATLANTA – ‘Twas the Night Before Christmas is a famous poem that talks of “stockings hung by the chimney with care,” but why do we hang stockings at Christmas?

Some gifts will go under the tree, but a few small items will be found stuffed in stockings.

James Cooper, who created the website WhyChristmas.com, has researched Christmas traditions. He tells us that in the Fourth Century, a Catholic Bishop named Nicholas spread good cheer near his home in Asia Minor, an area we now know as Turkey.

There are many popular legends about the generosity of Nicholas.

One story tells us that Nicholas met a man too poor to provide a dowry for his three daughters. Without the dowry, they couldn’t get married. According to the legend, Nicholas dropped a bag of gold down the man’s chimney. It landed in a stocking hung by the fire to dry.

For many years, families would place tangerines or oranges into a child’s stockings. The color of the fruit would represent the St. Nicholas’ gift of gold.

In some parts of the world, children were encouraged to leave their shoes out and would wake Christmas morning to find treats inside.

James Cooper tells us the biggest Christmas stocking was nearly 170-feet long and 71-feet wide. It was created by a volunteer organization in Italy.

To get into the Guinness Book of World Records, the group had to fill the stocking with presents. Volunteers loaded it with sweets and balloons.