Why does the age when children are required to attend school vary from state to state?

In Georgia the age is 6, but Washington allows students to wait until the age of 8 to begin formal school 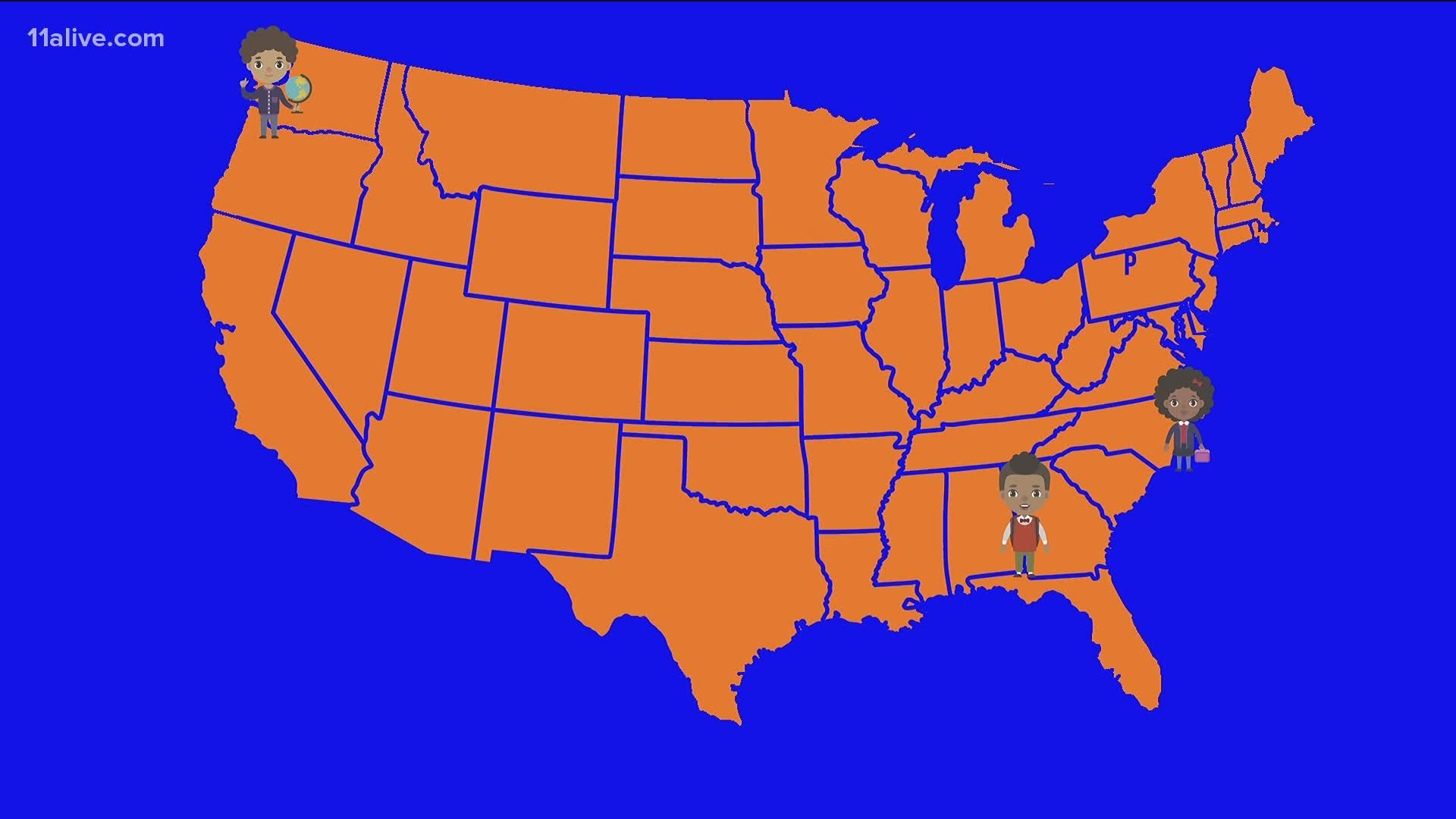 ATLANTA — Most children across the country begin school with kindergarten at the age of five, but laws that vary from state to state allow students to wait until age seven or later.

In Georgia, the compulsory age to begin formal school is six. Children here are not required to attend kindergarten. In several states, including North Carolina, children can wait until they’re seven to enroll in school.

Although most students start much earlier, Washington allows children to wait until they’re eight to see a classroom for the first time.

Most states that require children to attend kindergarten also mandate that they enroll at age five.

Diane Levin from the group Defending the Early Years said there are educators in some states that see an advantage to waiting beyond age five or even six to begin formal school.

“Research often shows that when children are taught formal skills later, they learn them quicker and feel more positive about them,” Levin said.

Pennsylvania lowered its mandatory age to begin school from eight to six this year. Some parents there complained that it was robbing them of choice and pointed out that children are learning prior to entering formal school.

That leaves Washington as the only state that allows children to wait until the age of eight. It’s been that way since 1897.

One lawmaker wants to require children in Georgia to begin school with Pre-K at age four. State Rep. Greg Kennard said he believes it would improve basic skills.

“If someone is not reading on-level by third grads there’s a significant increase in of them dropping out of school,” Kennard said.

Laws also vary from state to state when it comes to the age students no longer have to attend school.