Why is the President of the United States limited to two terms?

The 22nd Amendment to the Constitution limits the President to two, four year terms. 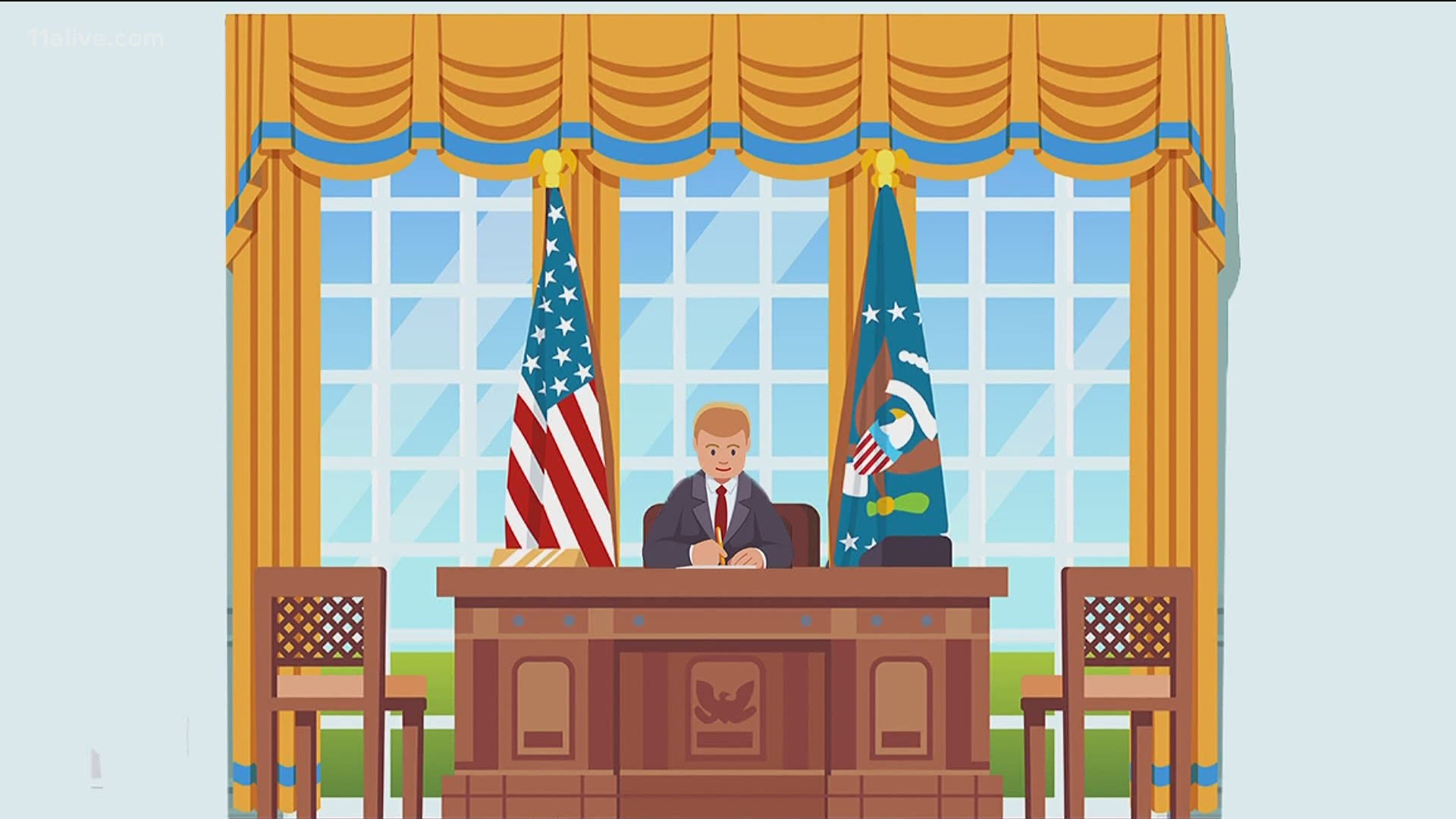 ATLANTA — ATLANTA – Members of Congress can run for re-election as many times as they like, but the President of the United States is limited to two terms.

It hasn’t always been that way, and it’s not the way our founding fathers designed it.

According to the National Constitution Center, many framers of the constitution wanted Congress to elect the President who would then serve a lifetime appointment. Others feared that would produce the American equivalent of a monarchy like the one they’d left behind in Britain, so the idea died.

Although there were no limits at the time, President George Washington declined a third term.

It set a trend that lasted until President Franklin Delano Roosevelt.

RELATED: Why are proposed changes to the Georgia Constitution on this year's ballot?

It was a period of incredible turmoil. The country was embroiled in war as well as the Great Depression when voters elected Roosevelt time and time again.

It was his death that took him from the White House during his fourth term.

“Roosevelt was a Democrat,” said Bullock. “As soon as Republicans win control of Congress in 1947, they push this through. They don’t want to see another potential FDR.”

RELATED: Why can you vote absentee in Georgia when you're not actually absent?

The change is the 22nd Amendment to the Constitution that was ratified in February of 1951. It reads that “no person shall be elected to the office of President more than twice.”

Over the years, several members of Congress have proposed repealing the 22nd amendment to lift term limits for the President. The most recent effort was in 2013. None of the proposals have made it very far.