Fans will be barking this weekend when Georgia plays LSU in the SEC Championship Game at Mercedes Benz Stadium in Atlanta. 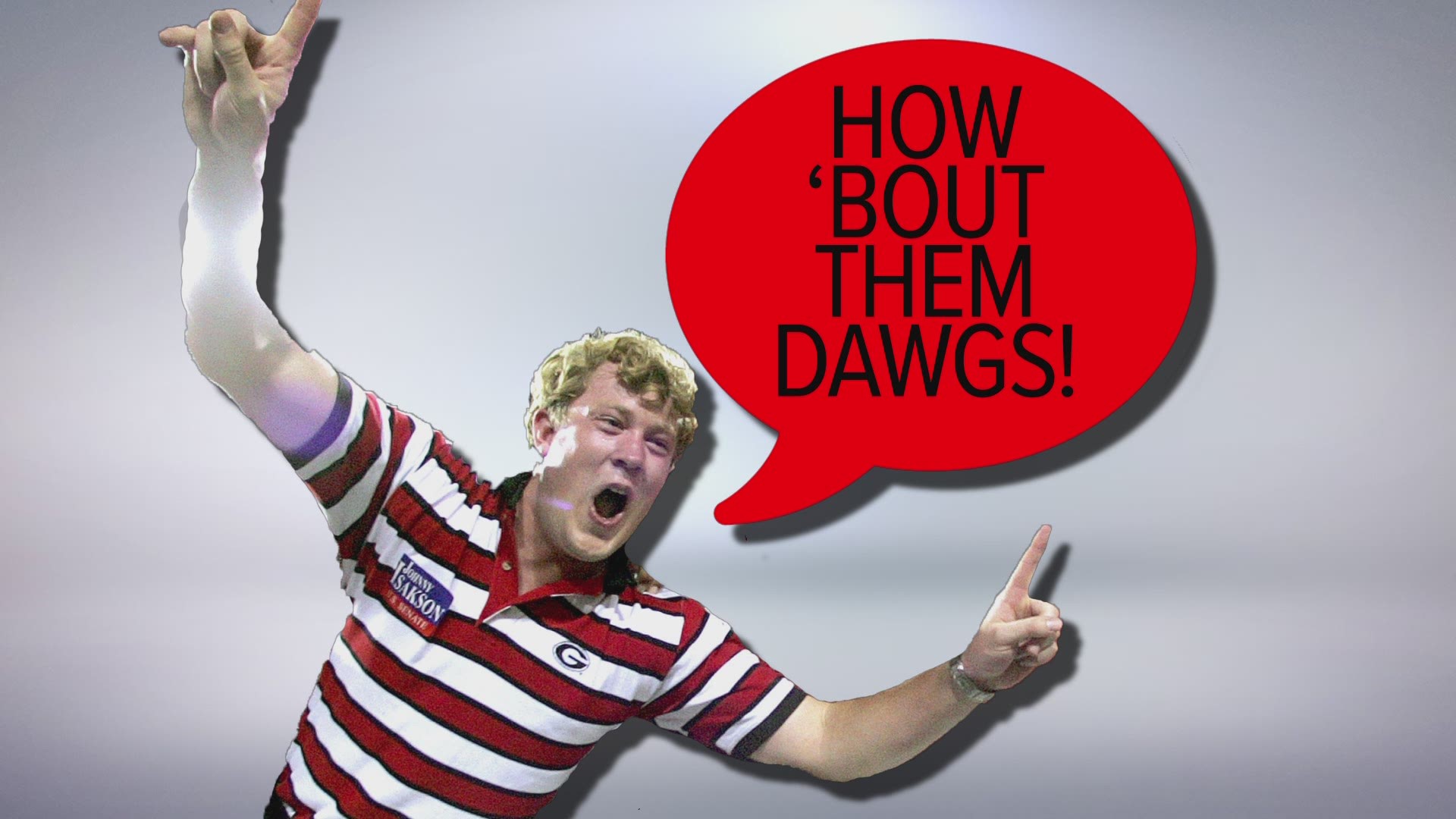 ATLANTA — ATLANTA – Mercedes Benz Stadium will fill with cries of “How ‘bout them dogs” on Saturday, but many fans have no idea what caused Georgia’s football team to go to the Dawgs.

When Georgia’s first football team took to the field in 1892 there was a goat on the sideline.

A couple of years later a female bull terrier that was the mascot of the Chi Phi fraternity began making appearances at games.

According to UGA’s Sports Information Department, the school’s first president, Abraham Baldwin, was a graduate of Yale University. Early buildings on campus were designed following the blueprints of buildings at Yale.

Yale’s mascot is the Bulldog.

Some thought Georgia should adopt Yale’s mascot as a tribute to Baldwin.

The university tells us that it was around 1910 when newspaper writers would occasionally refer to Georgia’s teams as Bulldogs.

In 1920, Morgan Blake of the Atlanta Journal wrote about school nicknames and referred to the “dignity and ferociousness” of the Bulldog. The name stuck.

UGA, the Bulldog, attends games in an airconditioned house located near the cheerleaders at Sanford Stadium. There have been ten UGA’s since 1956, all of them owned by the Siler family of Savannah.

RELATED: Here's how much $$$ Kirby Smart will make if the Georgia Bulldogs win the SEC Championship