Why is wearing a mask such a controversial issue?

The city of Atlanta has joined the list of areas now mandating masks in public. 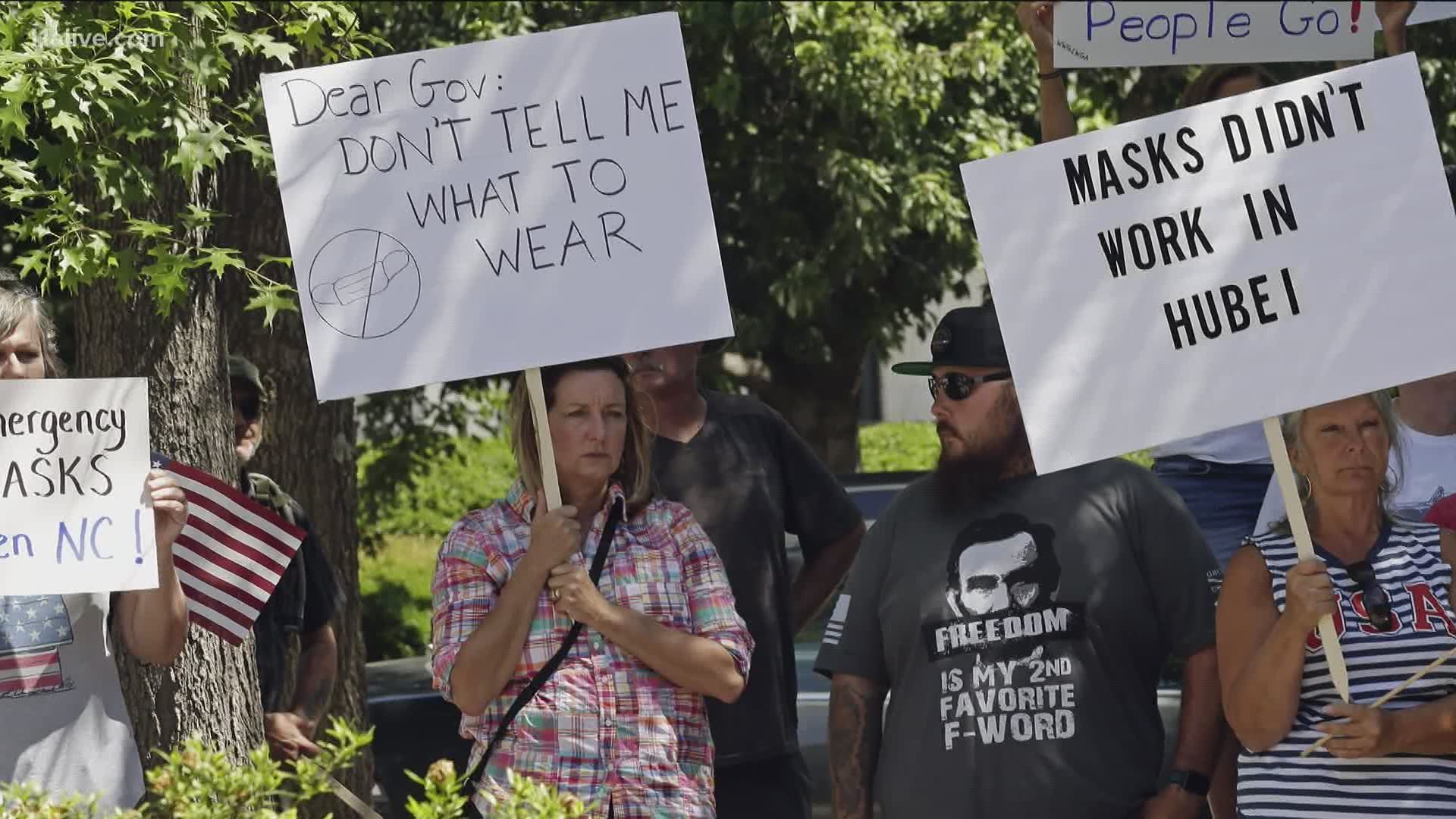 ATLANTA — ATLANTA – The city of Atlanta is now among the areas requiring most people to wear masks while in public, a move that is seen as wise to some and controversial to others.

Social media is filled with rants from people who say they will not be forced to wear masks in public.

“We are being bullied,” says one woman on Twitter.

“It puts my health at risk to put on a mask,” says another.

The country’s leading health experts are pleading with Americans to wear masks in public. While many seem to be following their advice, there have been large gatherings filled with people who refuse. Some say it violates their constitutional rights.

Why is it such a controversial issue?

Dr. Dube sees parallels between the current situation and the initial reaction from smokers when the government started restricting their behavior.

“I think there’s this knee jerk reaction that, ‘I don’t want to be told what I need to do,’” says Dube. “Behavior change and attitude change is not an easy feat.”

In places like Beijing and Hong Kong, poor air quality has made wearing a mask a part of everyday life.

“In our country, wearing a mask isn’t a cultural norm,” says Dube. “I think part of what we’re seeing is this resistance to something that isn’t normal in our society.”

In the early days of the pandemic, the U.S. Surgeon General suggested masks should be for health care workers only. Dr. Jerome Adams says he didn’t realize at the time how easily the virus could spread from asymptomatic people.

“There might have been some mixed messaging,” says Dr. Dube. “The dynamics changed, and we know a lot more now.”

Dr. Dube says while it appears most Americans are following doctor’s orders, it’s clear there are some who will never be convinced.