Extreme heat and drought will cause trees to begin the same energy saving process they typically begin in the fall, only it’s a panic situation. 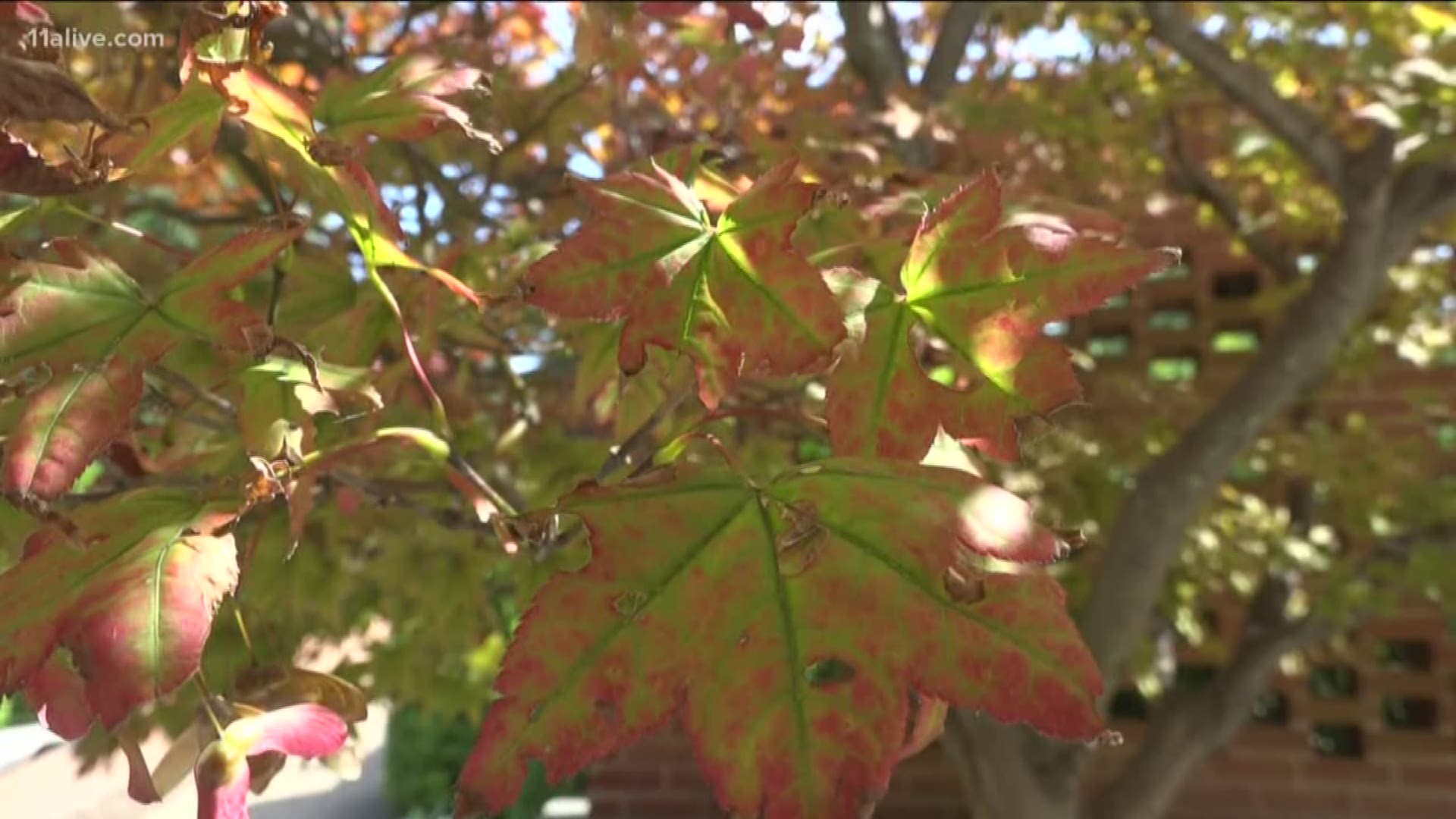 ATLANTA — Despite record hot temperatures this summer, the trees around metro Atlanta are behaving like it’s already fall.

Tuesday’s 98-degrees in metro Atlanta was another record. Area homeowners have been forced to sweat through the summer while their yards look like cooler temperatures have arrived.

Amanda Bennett, a certified arborist with the Atlanta Botanical Gardens, tells us extreme, dry heat can convince leaves to change and drop in a way that is similar to the process that takes place in fall.

In autumn, trees prepare for winter by shedding their leaves to save energy. The lack of sunshine during the winter saps them of energy.

“The leaves age slowly, and that’s why you get the beautiful fall colors,” says Bennett.

Extreme heat and drought will cause trees to begin the same energy-saving process, only it’s a panic situation. They go into survival mode, holding on to whatever moisture and nutrients they can grab.

There’s not enough for the leaves.

Arborists are also seeing evidence of fungal disease caused by all the rain during the spring.

If the summer heat drops enough leaves, it could rob us of our typically colorful autumn.

Why do babies put everything in their mouths?

Why are the winds strongest in one area of a hurricane?