A developer filed plans with the city to build more than 800 apartments on the land the Reece Center operates on. 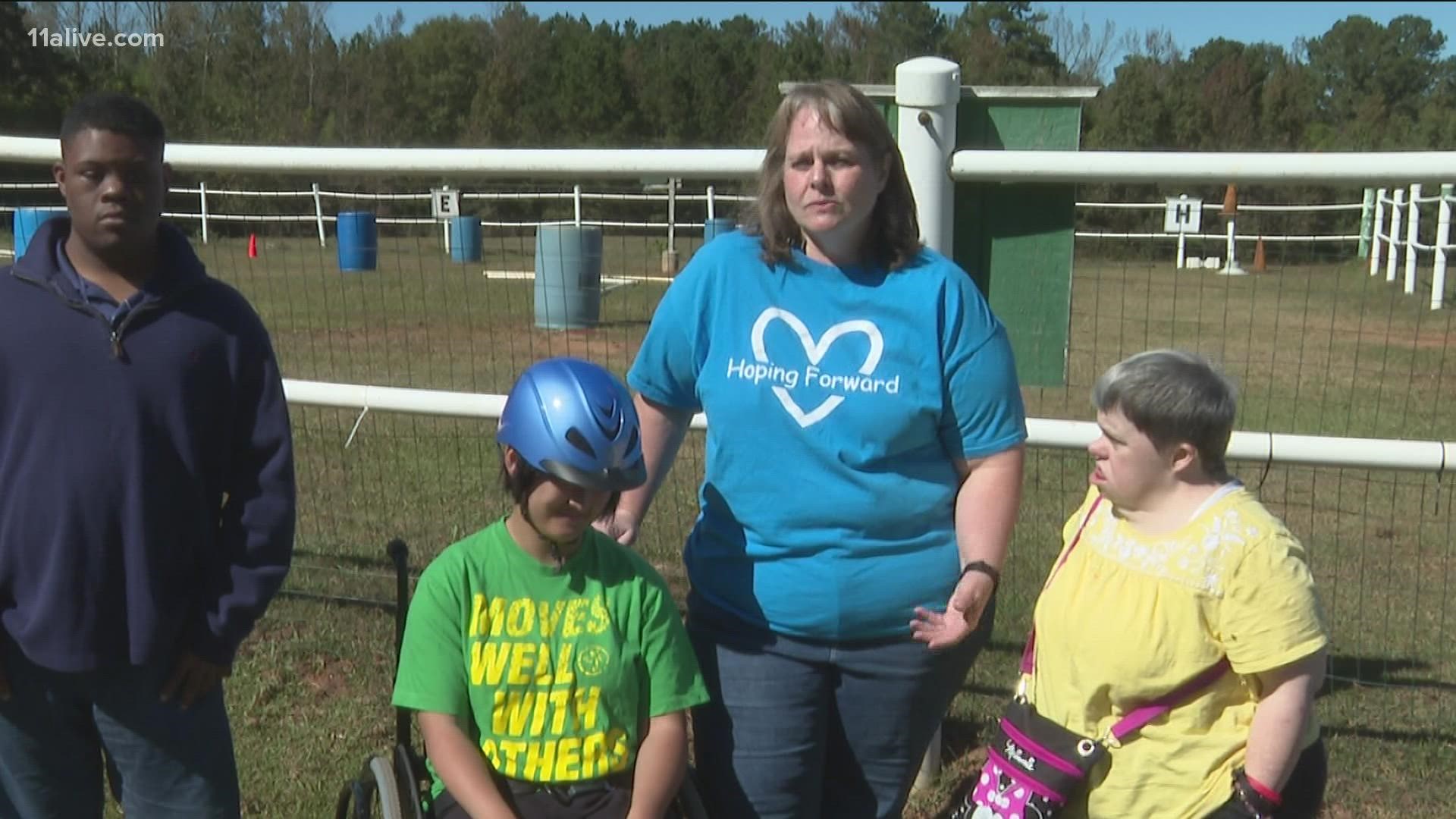 PALMETTO, Ga. — Update: The Palmetto City Council voted 4-3 to let the developers proceed. The Reece Center is now searching for a new property.

For nearly 40 years, a nonprofit in Palmetto has been helping children and adults with disabilities learn how to ride horses... whether they can pay or not.

However, a vote Monday night could decide whether the nonprofit will be kicked off the property they've leased for decades to make room for a huge apartment complex.

A developer, Palmetto Downs, said it has filed housing and commercial use plans for the land with the city. However, the one thing they didn't make room for is The Reece Center. Families say the nonprofit is critical for their children's development.

20-year-old Sarah Whitney walks every Saturday with Jazz, her favorite horse at the center.

"They love on her and they play with her and they sing with her. And some of her best friends are the ones that she rides with and has been riding with. And the disabilities just go away and they're all friends," Sarah's Mom, Lori said.

Sarah has been riding at the Reece Center in Palmetto for 10.5 years, and Director Denise Wheeler says her improvement has been remarkable.

"When Sarah started out, she was laying on a horse. Some of our kids come and can't speak, and they end up saying, walk-on," Wheeler said.

Wheeler took over as director in August after her husband Wade died of COVID-19.

He founded The Reece Center in 1984 to help anyone living with a disability learn to ride.

Wheeler said after his memorial service, the investors who own the property of The Reece Center told her they were selling it to a developer.

"It's been terrible. It was right after I lost my husband that I found out I had to lose this place," she said.

The developer filed plans with the city to build more than 800 apartments on the land the Reece Center operates on.

"Developers wanted to take it and build houses. So it looks like that's what's going to happen, so we are desperately looking for somewhere else," Sarah's mom Lori said.

Lori says she'll do anything to make sure her daughter can keep doing what she loves the most - what helps her and so many other families so much.

"There aren't a lot of centers like this, especially in the south part of Atlanta, so taking this away means there won't be other opportunities. A lot of the centers will only serve little kids. But this place serves any age, it doesn't matter," she said.

The Palmetto City Council will vote to approve or deny the project Monday at 7:30 p.m. If they approve the housing complex, Wheeler thinks they'll have 6 months to vacate the property.

If this happened, Wheeler hopes to find another 18-20 acres that they can move the Reece Center to before then-- to make sure the people who know and love their facility can keep using it.