Rep. Park Cannon did 'nothing illegal' before she was arrested at Georgia State Capitol 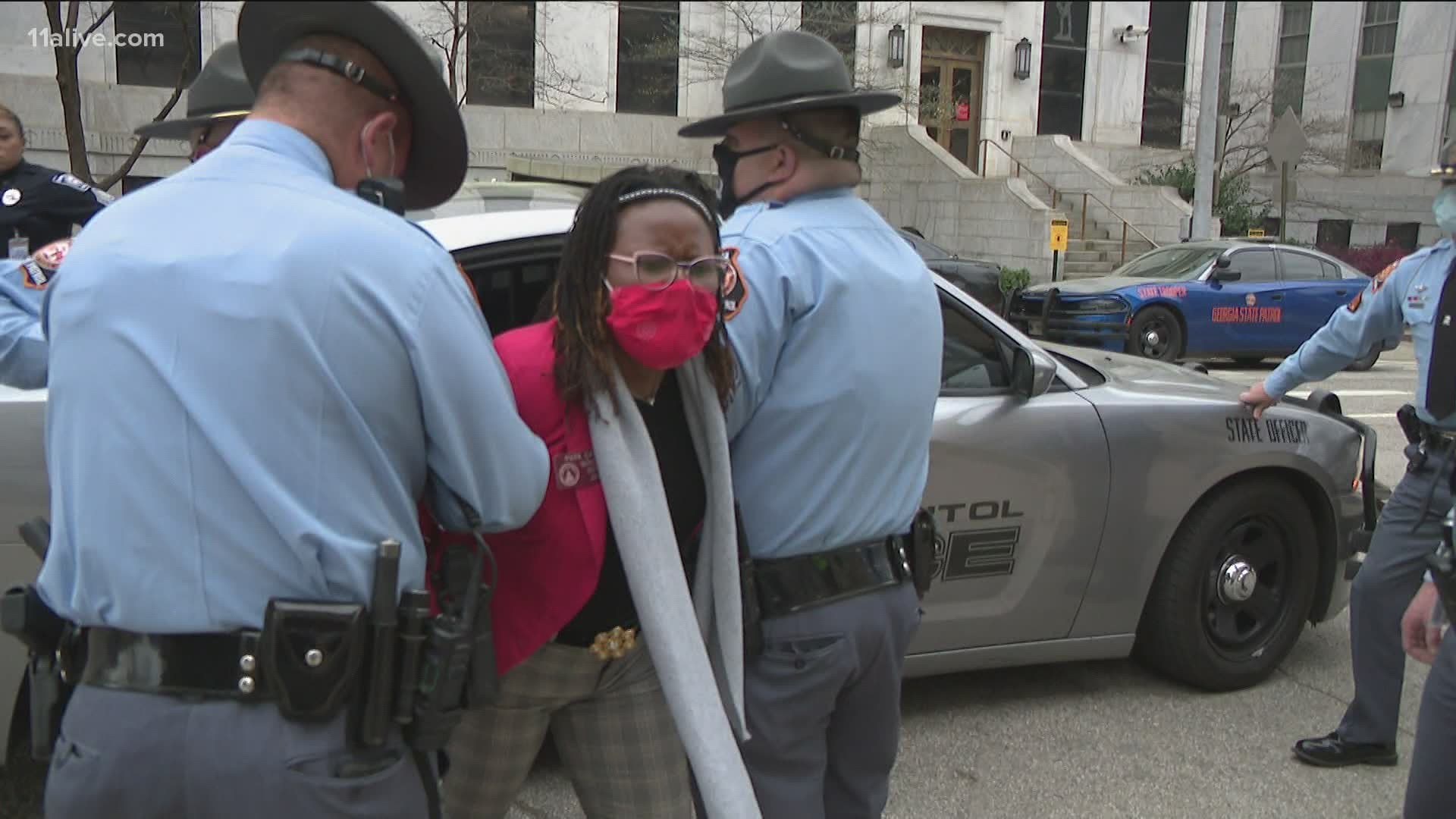 ATLANTA — Support has flooded in for a Georgia legislator who was arrested by state police Thursday, and now one legal analyst said he feels there was no basis for her to be arrested in the first place.

It came after the Georgia State Patrol asked Cannon to stop knocking on the door of the governor's ceremonial office, where he was speaking inside, delivering remarks after signing controversial SB 202 into law.

The commotion between Cannon and the troopers caused the governor to cut short his remarks; a camera shows an interruption in his speech, then the governor leaving his desk. The feed was cut shortly after.

Cannon was taken to the Union City Jail, where supporters gathered outside chanting for her to be released. About four hours later, Cannon was granted a signature bond on the charges of obstruction and disrupting general assembly sessions or meetings of members.

Supporters of hers, including Sen. Raphael Warnock, questioned why she was arrested in the first place; her attorney, Gerald Griggs, said he didn't see "anything illegal that was going on that Park Cannon was doing," he told 11Alive. He vowed they would vigorously fight the charges.

"There was an attempt to silence voices in an attempt to keep people out in the most fundamental piece of our democracy - and that's voting," Griggs added.

"I've tried hard to find some legal justification for this arrest and I can't find it," Pate said.

"We've got three main problems with this arrest," he continued. "One, she didn't do what she was charged with doing. Two, one of those laws is unconstitutional, and three, she has special protection as a member of the general assembly so there is no basis, no basis under the law for her arrest last night."

When 11Alive asked whether the trooper was within his rights to make the arrest, Pate said he didn't think so.

"The trooper certainly is within his rights to instruct an individual who is creating a disturbance at the Capitol to cease this disturbance," he explained. "But that is a different type of an arrest and an offense."