A 17-year-old graffitied 'Pete' all around town. He could face 55 years in prison.

The case comes out of Peachtree City. 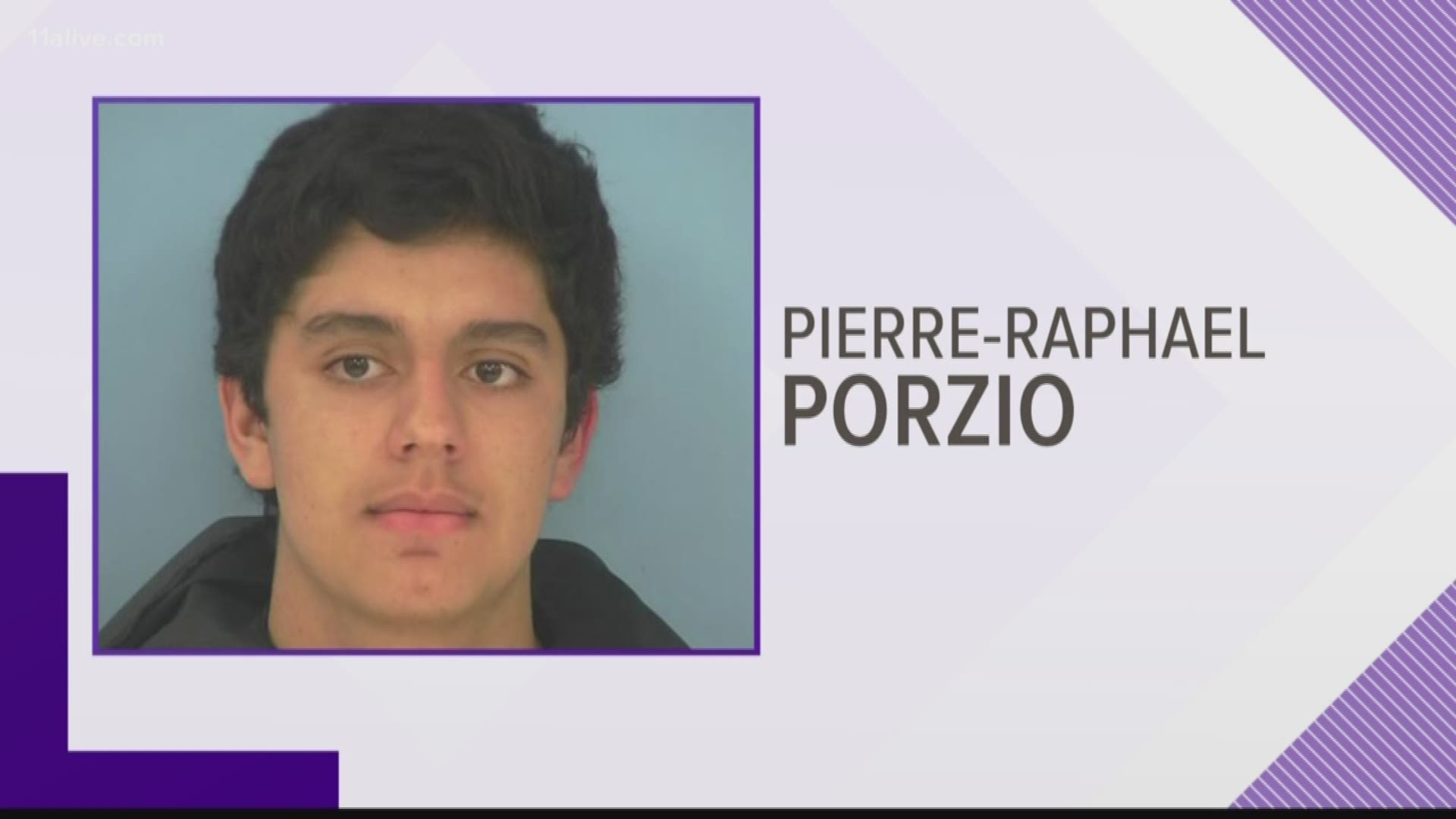 PEACHTREE CITY, Ga. — Two weeks ago, the Peachtree City Police Department alerted the community to a growing, somewhat strange, menace: the name "Pete" was appearing in graffiti all around town.

It appeared on a storm drain, an electrical box, even a golf course bathroom - a bizarre, disparate set of targets.

"The Police Department urges anyone with information in reference to this vandalism to come forward," a Facebook post read. "Please be vigilant on the cart paths for suspicious activity."

There was a $1,000 reward for information leading to the graffiti perpetrator's arrest.

And last Friday, they made that arrest. It came with the help of a local resident's tip, the department said.

"Thank you to all those that remained vigilant these past few weeks and helped us keep our city beautiful," a new Facebook post read.

The penalty for violating that beauty is stiff: "Graffiti Pete," was announced as 17-year-old Pierre-Raphael Benjamin Porzio, a Starr's Mill High School student. His charges collectively carry as many as 55 years in prison.

The department announced when he was arrested he would face 10 counts of interference with government property, a felony with a max of five years, and five counts of criminal trespass, a misdemeanor with a max of one year.

Even at a minimum, the 10 felony counts would each carry a one-year sentence.

Many residents originally cheered the department bringing the graffiti spree to an end, but significance of the charges the teen now faces is bringing about some backlash, as well.

"Coming from the mind of an educated social work background, this 17-year-old is most likely acting out for a reason and needs support and education to make better decisions in the future," Lauren Pinkepank wrote under the department's post. "I am in no way validating this person's illegal behavior and can agree there should be liability to the illegal artwork.... but this is extremely severe.... If only this town spent more time focusing on mental health and less time SHAMING others this town would ACTUALLY be beautiful."

That comment received 114 reactions, most of them likes and loves.

Another commenter, Jeremiah Goffe, indicated he knew the teen and defended him.

"Pierre is such a nice and good-hearted young man and does not deserve to be charged with 'interference with government property' or 'criminal trespass' much less go to jail for this," he wrote. "We ALL make mistakes, we're humans, not perfect, but the fact that people feel the need to treat him like he's not another human being and posting his personal info?? He has done nothing to deserve this."

Police say the 10 felony counts were charged as such because they occurred on city/government property, and that the cost of the whole incident was significant.

The city also aggressively tries to deter graffiti. On its website, Peachtree City says it is "committed to ridding our community of graffiti" and that not stiffly enforcing against it "suggests a community that does not care or is unable to deal with their problem."

The good news for Porzio is that the Griffin Judicial Circuit District Attorney - which includes Fayette County - indicated to 11Alive his office could take a lenient approach.

"My office typically does not comment on pending cases. However, I can tell you that the District Attorney’s office will evaluate all factors of the case and determine what charges are most appropriate given the circumstances and evidence presented," DA Benjamin D. Coker said in an email. "We will also evaluate whether or not the case is suitable for placement in a pre-trial diversion program."