Motel owner fed up with reckless drivers says guests come for peaceful nights, 'not for Fast and Furious'

Business owners on Peachtree say the noise and chaos hurts their business. 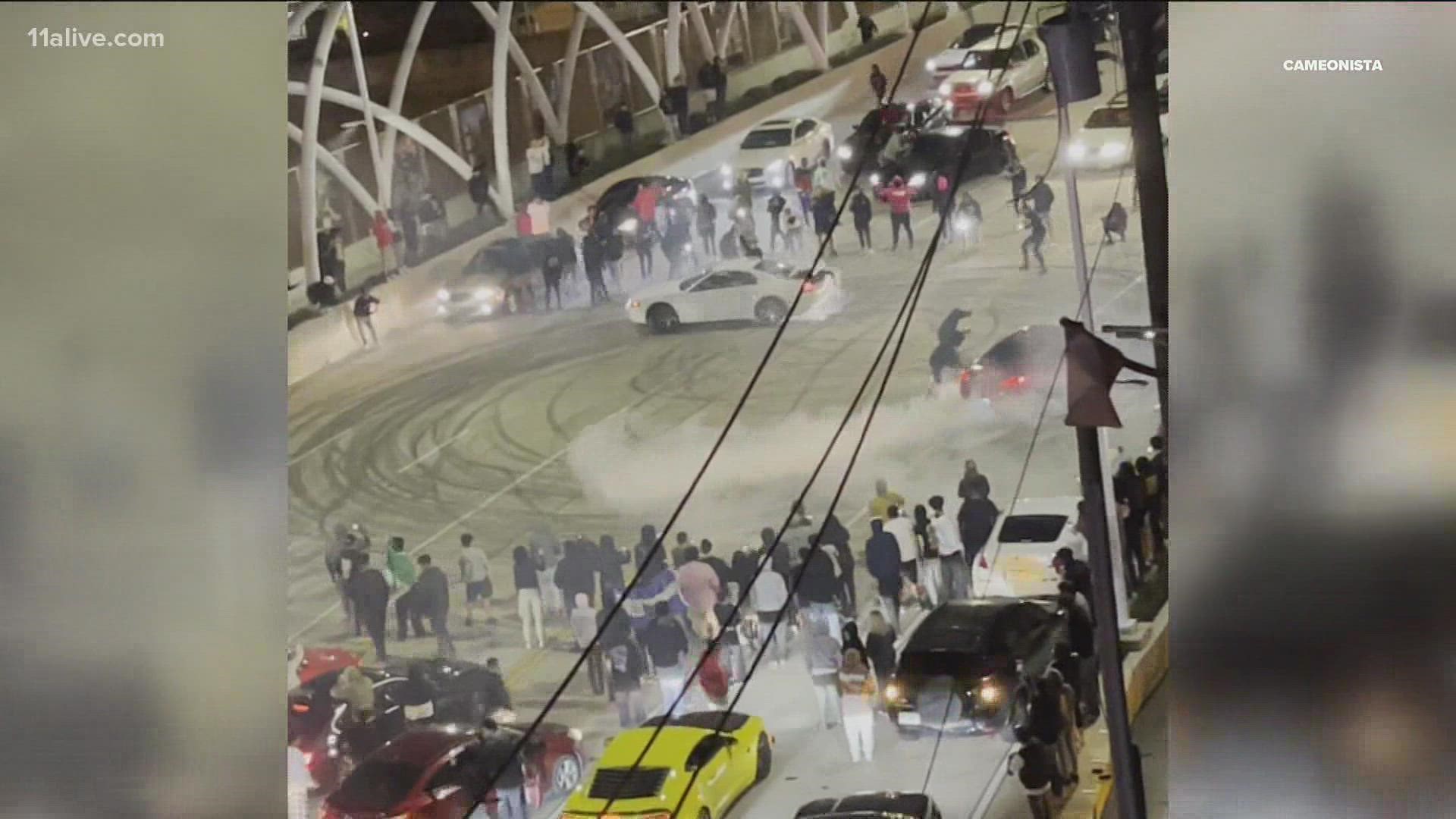 ATLANTA — More than one day after a stretch of Peachtree Road was shut down from people driving reckless, there are still black skid marks all over the road from where drivers did doughnuts.

The chaos early Sunday morning also affected nearby businesses, like the Motel 6 on Peachtree by Deering Road.

"People come to sleep, obviously pay for a peaceful night's sleep, not for Fast and Furious or doughnuts," said Marc who runs the motel.

He said his family has run a motel on that site for the past 39 years, and the pandemic was hard enough on the motel industry. But now, reckless driving, like what happened early Sunday morning, is also putting his family business at risk.

"Everybody's the same, complains about the noise-asking why are they doing this," said Marc.

Some guests even asked for their money back. Marc said after calling 9111, he immediately ran out and started livestreaming the chaos. He said it lasted from 12:30 a.m. to around 1 in the morning, with cars spinning around, fights breaking out in his parking lot, and cars backing up traffic and blocking the road.

Marc said this wasn't the first time this happened.

"This is probably the 9th time and this is their popular spot," said Marc.

Atlanta Police issued this statement on their collaboration over the weekend with other agencies, including Georgia State Patrol.

"If you come to Atlanta to commit crimes of any type, expect that we will find you, arrest you and hold you accountable. We suggest you bring impound and bail money if you come to our city with criminal intent," the statement said.

They also shared that collectively with the Department of Public Safety's help, over the weekend they stopped 612 vehicles, which resulted in 442 citations or arrests --  including 16 for reckless driving, 16 DUIs, 17 pursuits, 6 recovered weapons and 31 impounded vehicles.

Marc said a ticket won't stop them. He's afraid once they get their cars back, they'll be back at it again.

"I understand the kids are having fun, but it's not fun for us," said Marc.

This week, Marc plans to join other nearby business owners to ask the City of Atlanta to put more police on Peachtree to stop these reckless drivers before they do it again.