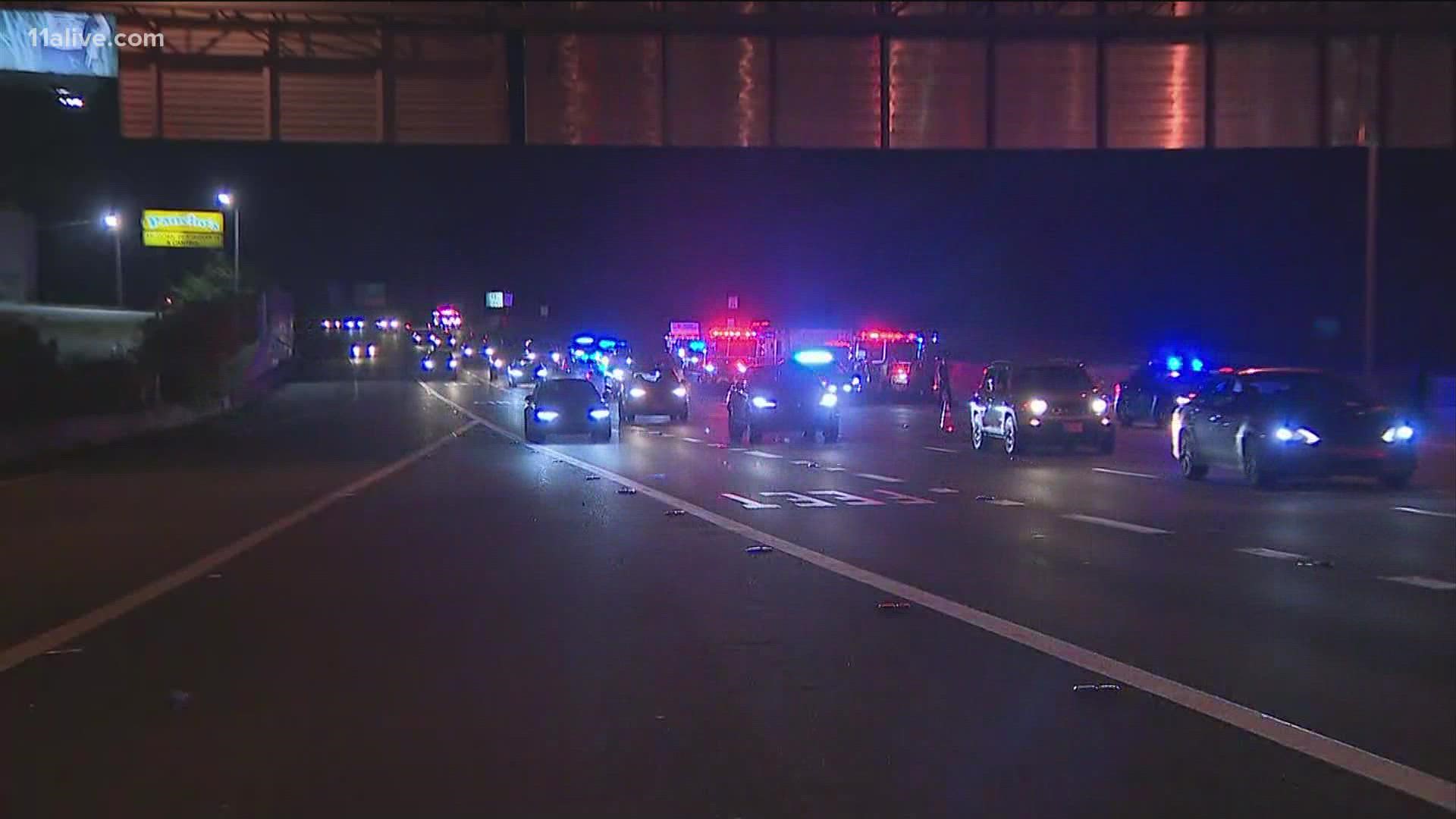 ATLANTA — Law enforcement officers are investigating after they said a man was struck and killed in an accident on the interstate Thursday night.

It happened not far from the Lenox Road/Cheshire Bridge Road exit on I-85.

Atlanta Police said it appeared the man was hit by a vehicle on the highway and was pronounced dead at the scene. They added that the driver remained on the scene.

11Alive is working to get more details about what happened.