Police said a 75-year-old woman in a Mercedes-Benz SUV lost control of her vehicle, struck another car and veered into the building. 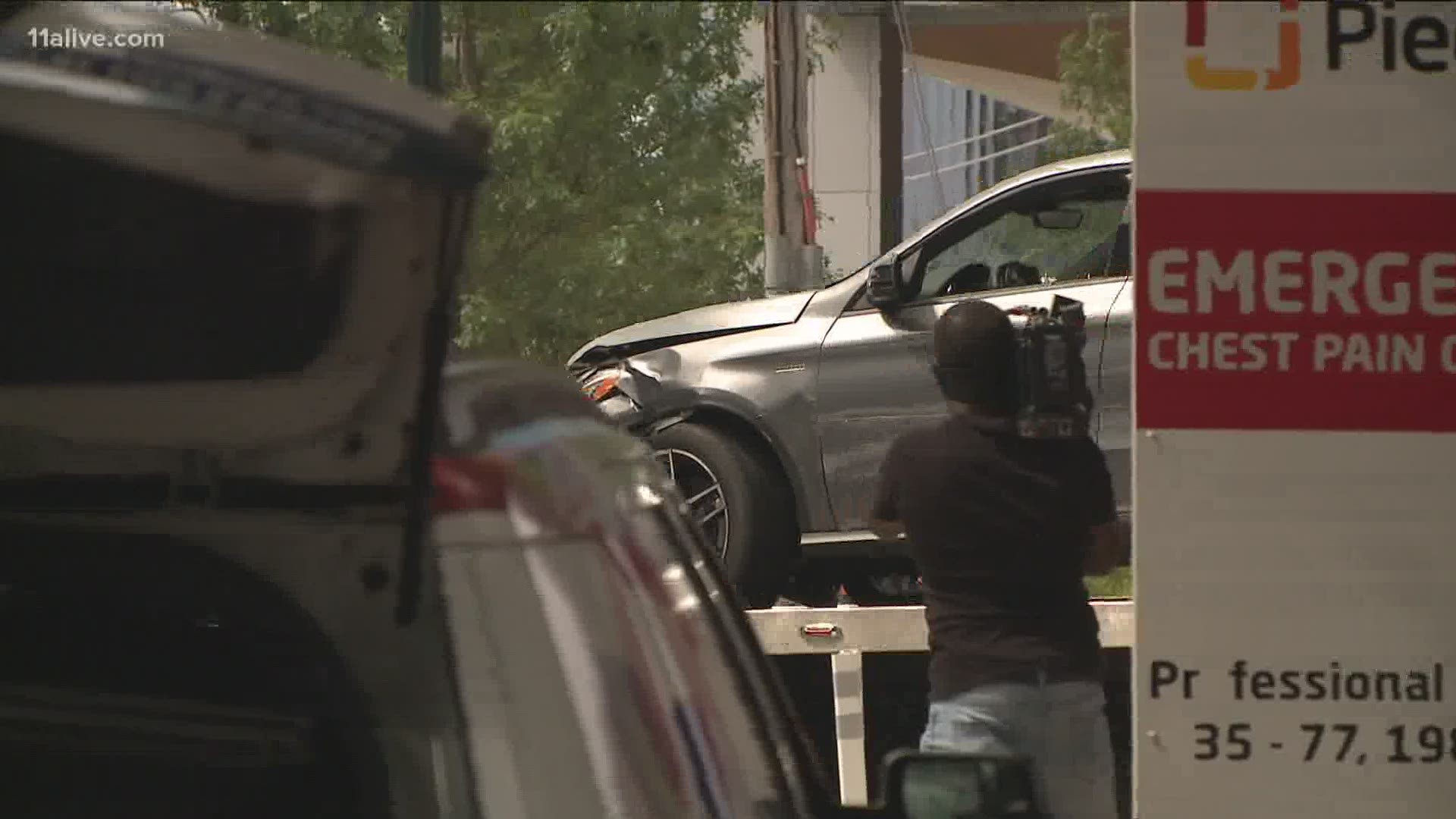 ATLANTA — Atlanta Police confirmed that one person is dead and four others were injured after an SUV crashed into the emergency room at Piedmont Hospital on Tuesday.

The crash happened at the hospital's main Atlanta campus in Buckhead off Peachtree Road at around 7:45 a.m.

Police said a 75-year-old woman was driving her Mercedes-Benz SUV when she lost control of her vehicle, struck another car and veered into the building.

They said the vehicle entered the building through the patient’s entrance and hit several people inside before stopping.

The driver of the SUV, who was at the hospital for an appointment, was not injured, police told 11Alive. However, 55-year-old Kimberly Sharee Hill died in the accident, police said. Investigators are working to determine the circumstances that led to the crash.

The emergency department at Piedmont Atlanta is was initially on "diversion." Ambulances were being directed elsewhere, but if patients walked or drove to the hospital, they were seen.

Later in the day Piedmont said their contractor did a structural check with the hospital's engineering team. New glass was installed and operations are back to normal.

"Piedmont extends its deepest condolences to the friends and family of the individual who passed," they said in a statement.

Reports: 'Black Lives Matter' to be painted on NBA courts

If you want a COVID-19 test right now, prepare to wait