The team hit the field Friday night for their first time since the tragedy - but they made sure to start the game paying tribute to No. 32. 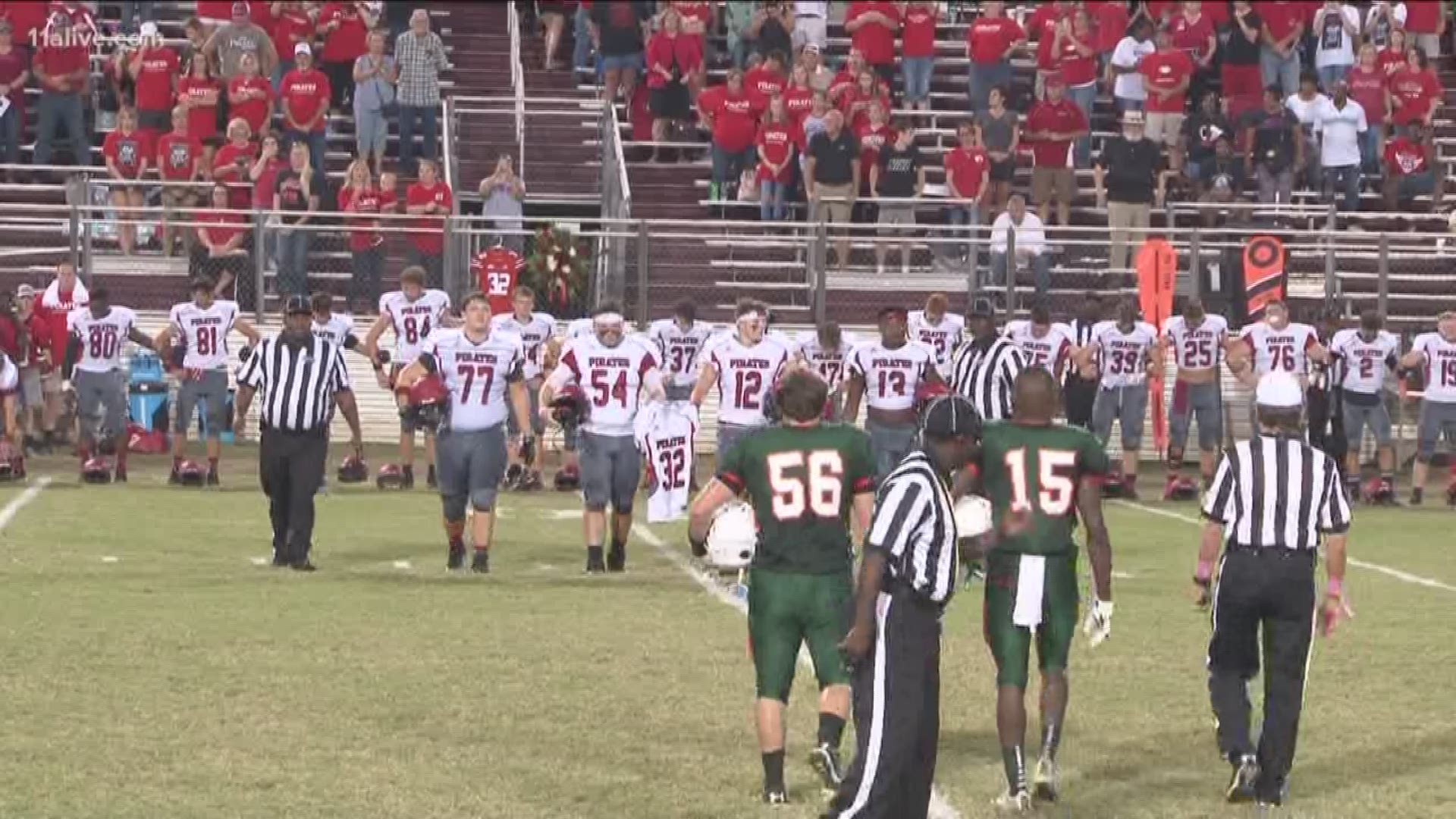 Family and friends said goodbye to the player Thursday at his funeral in Williamson at Oak Hill Baptist Church.

The team hit the field Friday night for their first time since the tragedy - but they made sure to start the game paying tribute to No. 32. They also took home a win.

Pike County played Rutland High in Macon at the Ed Defore Sports Complex. Players from both teams shook hands and carried Dylan's jersey onto the field to take a knee. Other jerseys displaying the No. 32 were hung around the field. 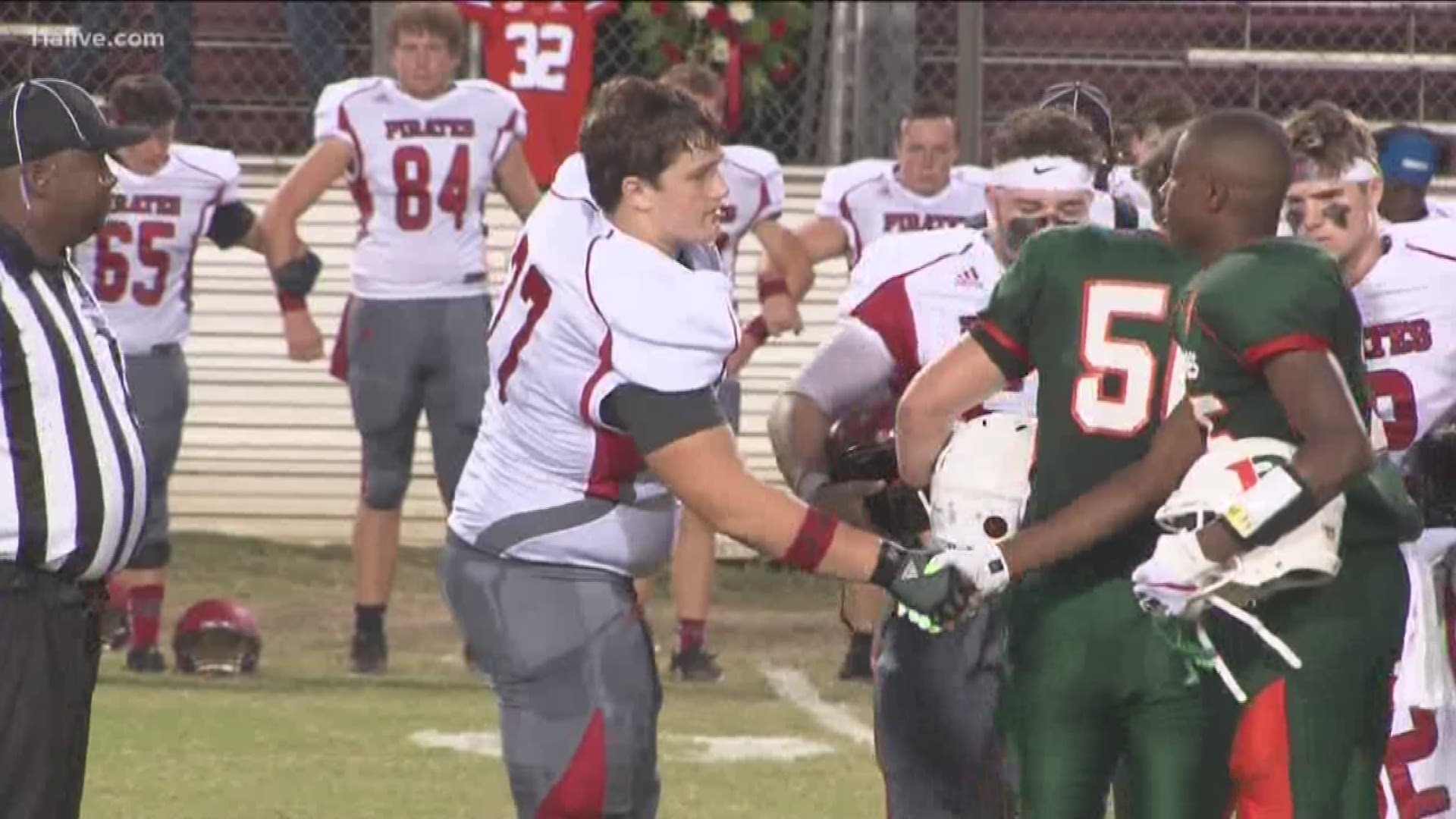 People in the stands also wore T-shirts to the game, showing their support for the Dylan, his family, and the football team.

At his funeral, Thursday, players from different schools also showed support by wearing their football jerseys to the service.

The Georgia High School Association said videos shows the 16-year-old falling during a play in the third quarter last Friday when they played Peach County High. Dylan then reported a problem with feeling in his leg after the fall. He died Sunday at the hospital.

Less than a week after the tragedy, Pike County beat Rutland 48 to 2.

MORE | Here’s what the GHSA is saying about a Pike Co. football player’s death