Pinellas County leaders say they need 'help from the state now' after spike in coronavirus cases, testing sites getting overwhelmed

More than 5,000 people should be tested a day in Pinellas, but the county needs manpower and guidance from the state to test at a higher rate. 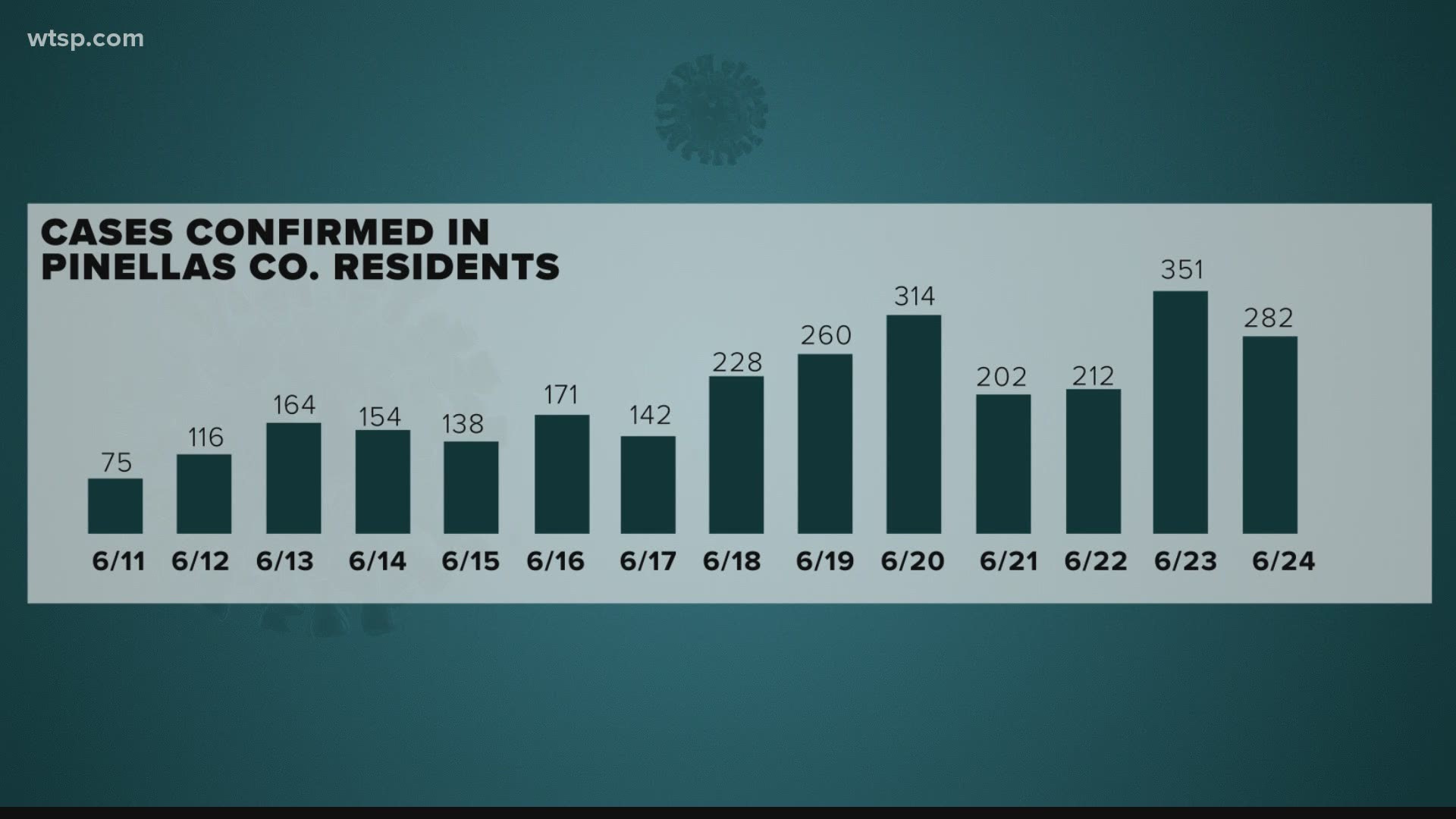 Over the last 10 days, we have flattened out around 35,000 tests per day, but the governor pushed that burden to the counties.

Gerard says the state needs to step up after seeing the testing sites in the county get overwhelmed, new positive coronavirus cases rise by the hundreds, and the age of those getting sick dipping into the younger population.

"I talked to the county administrator this morning about asking the governor to put up one of those super sites," Gerard said.

In his press conference, Gov. Desantis announced a large site run by BayCare could come to Tropicana Field. The state would support the sites testing needs.

"We are expanding capacity at our existing sites. We will support the Pinellas County tests," DeSantis said.

But the state still expects counties to do more.

"They got huge dollars from the CARES Act so they also have the ability to do some stuff. So we also would expect that they be stepping up as well," DeSantis said.

Gerard says the governor's comments are frustrating. Citing that they've been asking for guidance since the pandemic started, and haven't heard much from his office.

"The governor not just in our state, but several states have left the local governments to take care of the problem. It's the same thing with the federal government. I mean, you sent money, but it's more than a money problem," Gerard said.

The CARES Act provided the county with about $170 million, which they've used to support local businesses and those who have lost their jobs. Millions have also gone towards purchasing masks for those who need it.

"We're not so much worried about running out of money. It's trying to set these things up and get the right personnel in place," Gerard said.

More than 5,000 people should be tested a day in Pinellas. The county needs manpower and guidance from the state to test at a higher rate.

"We're doing a great job with between the cities and the county, you know, trying to coordinate things, but state needs to get on board as well," Gerard said.

While doctors expect an even bigger surge of cases in a few weeks, county leaders are now talking about building a field hospital. Only 20 percent of ICU beds are available in Pinellas County.