Georgia’s beer laws change for the better at midnight on Aug. 31. Here are places to celebrate it. 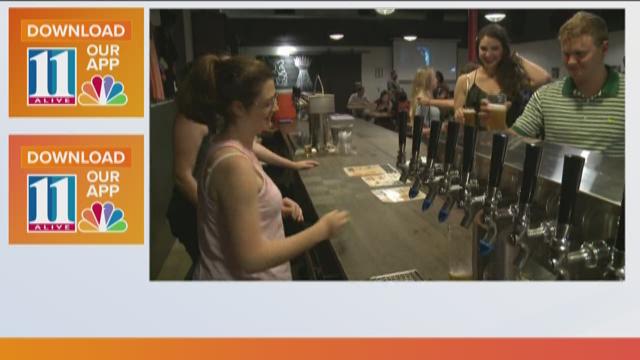 Senate Bill 85 (SB85) was signed into law this year, loosening up stringent laws regarding breweries and distilleries and their ability to sell fresh beverages at their place of business.

Prior to this change, you had to buy a tour ticket (which included a certain number of beer tastings) to enjoy fresh beer from your favorite local brewery. Under the new laws, you can drop by your favorite brew house and buy a pint without the tour. You can even buy two or three pints if you like. No touring necessary.

Another added bonus to SB85 is you can now buy up to a case of beer to-go. Previously, you could only take 72 ounces of fresh beer home.

"The other big highlight is that we're the last state to do this," said Nancy Palmer, Executive Director of the Georgia Craft Brewer's Guild. "So, come tomorrow (Sept. 1) you can buy a beer at every craft brewery in the country. It's indicative of the big wave that is the craft beer sector and the way that craft beer is changing the beer landscape everywhere."

While you can enjoy this at any brewery, we have compiled a list of breweries that are hosting special parties to mark the occasion.

Abbey of the Holy Goats - Roswell