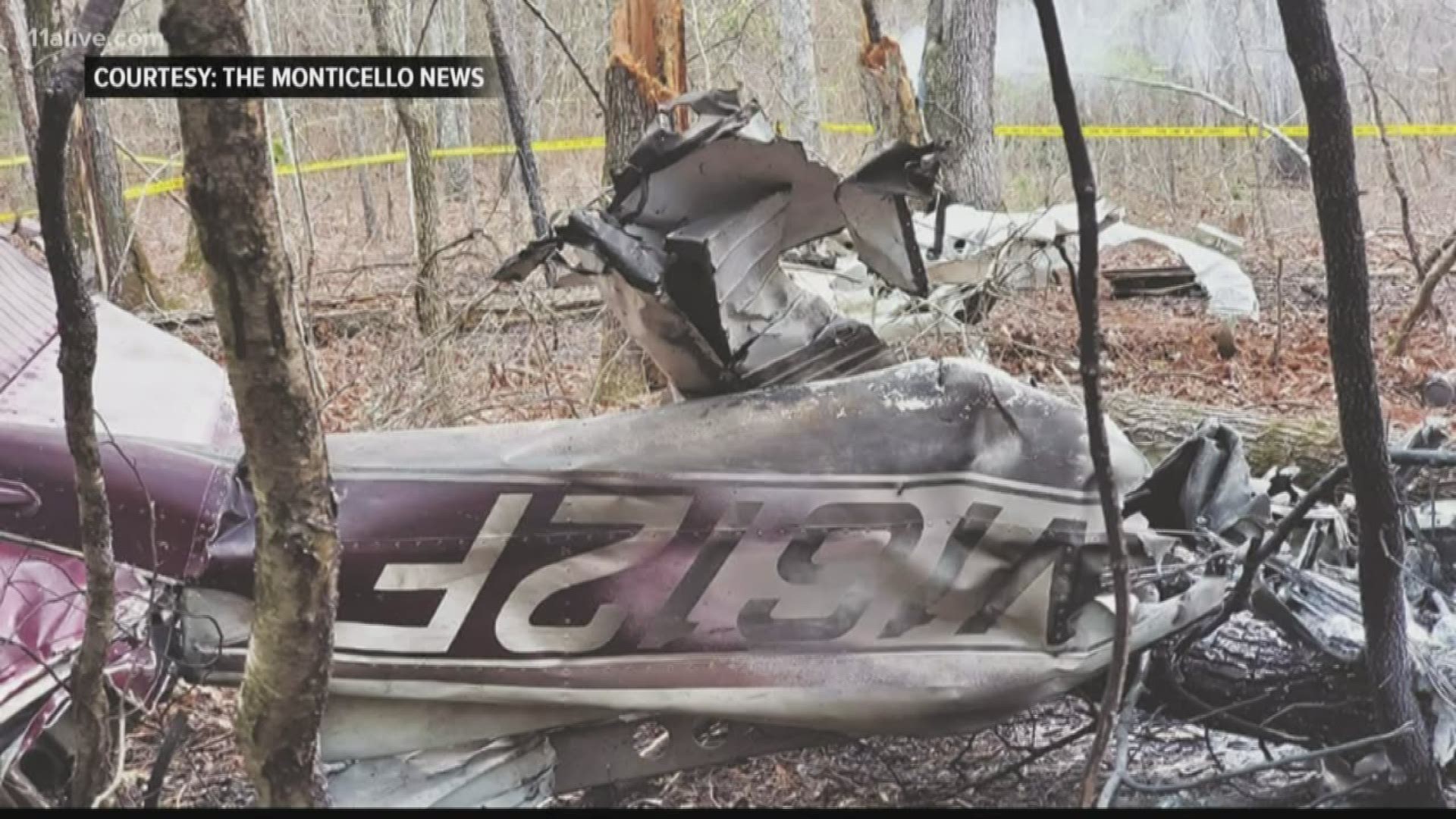 NEWBORN, Ga. — A pilot is dead after a plane crash was reported in Jasper County, Monday.

The crash happened Monday near JH Whitaker Road and Ga. Hwy. 142 near Newborn.

According to the Federal Aviation Administration, a Cessna 172 H-model crashed in a wooded area at around 3 p.m.  The Jasper County Sheriff's Office said the plane appeared to be a two-seater.

The FAA said only the pilot was aboard and did not survive. He was identified as Millwood Ashley Dekle, 72, of Tocoaa.

According to a preliminary investigation by the National Transportation Safety Board, the plane likely took off around 2:15 p.m. from the Toccoa-Stephens County Airport en route to Cairo-Grady County Airport in southern Georgia, just north of the Florida state line.

A spokesman for the NTSB said several witnesses reported seeing the plane flying low, just above the tree tops, before it "sharply descended" into the trees, cutting short the plane's roughly 300-mile journey.

"The airplane struck the tops of the trees, traveled for approximately 150 feet before finally coming to rest, and burned in the process," the spokesman said.

The FAA will investigate and the NTSB will determine the probable cause of the accident, but investigators noted that wind conditions for Monday were clear and calm.

In the next couple days, officials said the plane will be removed and relocated to a facility in Griffin, Georgia where investigators will look further into the cause of the crash, including examining perishable evidence, recovering on-board data and checking the functionality of the plane's parts. The investigation will also look into the pilot's qualifications

While the investigation is ongoing, officials are asking that anyone who may have seen the plane before the crash to contact them at witness@ntsb.gov.

A family says a squirrel destroyed their home. And they say insurance won't cover it.

US family attacked on notorious stretch of Mexican highway, gunmen still at large