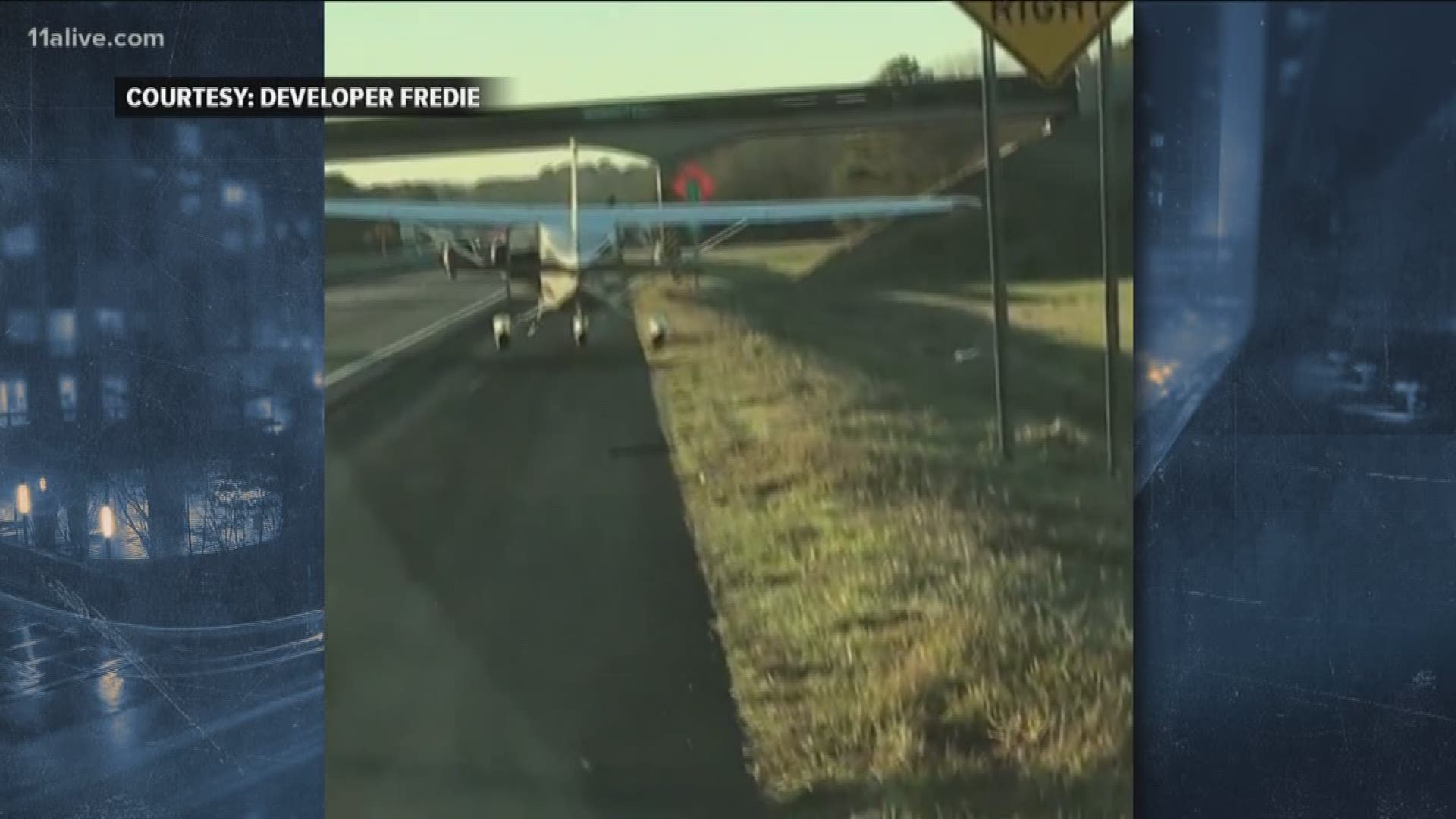 CORRECTION: 11Alive has learned that the aircraft actually landed on I-20 in Alabama.

An aircraft made a safe landing in an unusual place on Saturday when it touched down on I-20.

Twitter user @DeveloperFredie posted video of a small single-engine aircraft rolling down a busy highway. The user, who added that he was on a holiday trip to Mississippi when the plane came down said that it was a miraculous - and smooth - landing.

Federal Aviation Administration spokesperson Rick Breitenfeldt said that the flight originated from Talladega Municipal Airport and made the emergency landing near mile marker 173 around 4:21 p.m. west of the Georgia-Alabama line. The aircraft was described as a Cessna 172.

Two people were on the flight and one is seen on video immediately exiting the aircraft as it taxied into the emergency lane.

11Alive is working to gather more information. Check back for updates as they become available.