Set for trial next month, attorneys are talking about a deal for Clayton County Sheriff Victor Hill 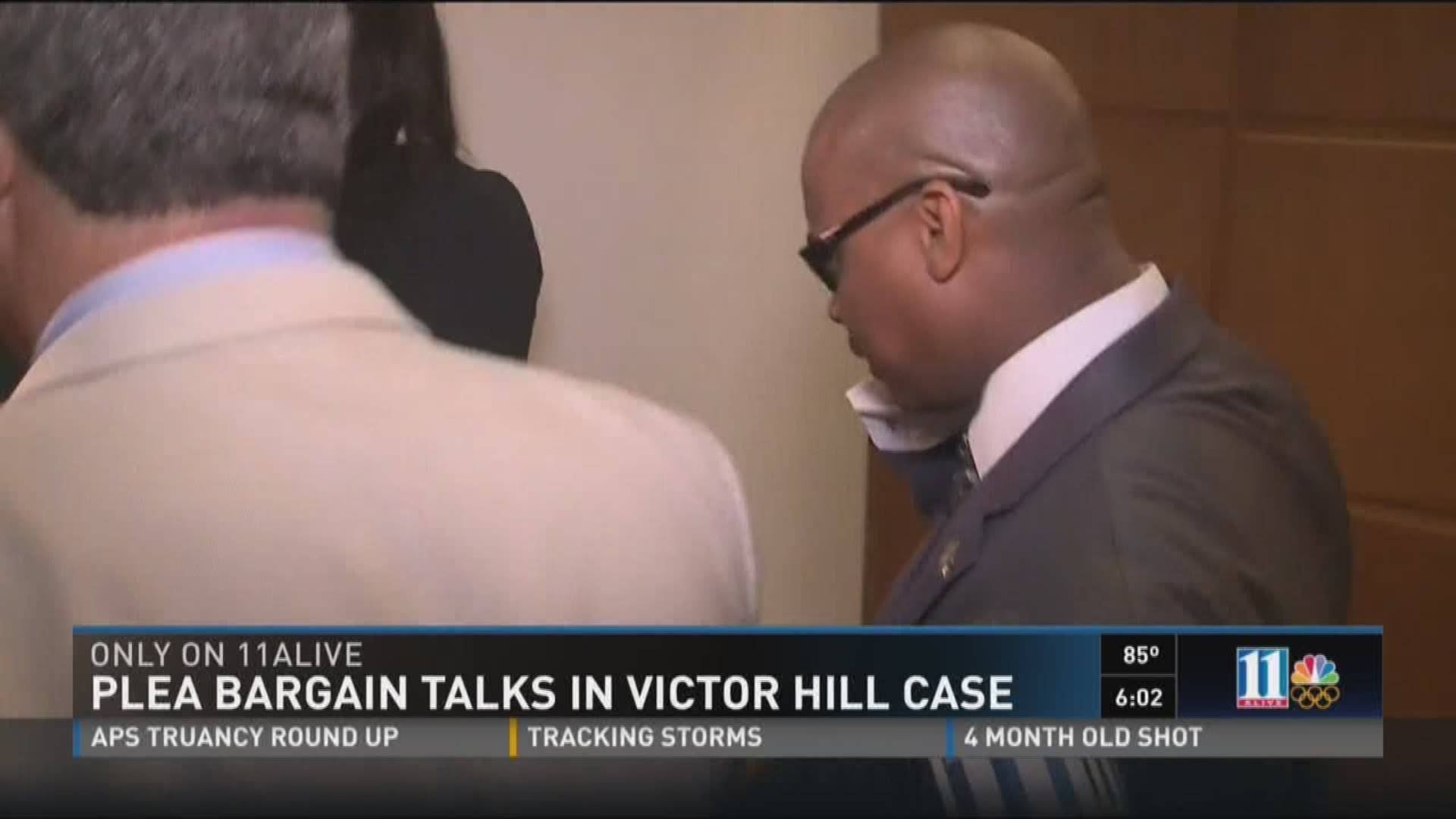 LAWRENCEVILLE, GA -- Plea bargain talks are underway that could keep Clayton County Sheriff Victor Hill from serving any prison time for shooting and injuring a friend. His trial is scheduled for next month – but it may never happen.

Hill was indicted in November on a charge of misdemeanor reckless conduct. The charge came after authorities say Hill accidentally fired a pistol that struck and seriously injured his friend, Gwenevere McCord. The incident happened a year ago inside McCord’s workplace in Gwinnett County.

"You have the mitigating factors of, he has no prior criminal record. The victim is not demanding jail time. You have those factors that argue against confinement," Porter said in an interview Wednesday.

Porter says Hill would be eligible for first offender status. First offenders typically plead guilty to a charge, then get sentenced to probation. If they don’t violate probation, then the conviction is wiped from the offender’s criminal record.

"We’ve discussed alternate resolutions – or resolutions, I guess is a better way to put it. And I anticipate those discussions will continue," Porter said. "But we haven’t gotten to a point where there’s a meeting of the minds."

WATCH: 11Alive's Doug Richards has many questions for Victor Hill

Porter wouldn’t discuss details of his talks with Hill’s attorney. But he did say that any potential plea deal would not include a demand for Hill to resign as sheriff of Clayton County – in which he faces a re-election primary later this month.

"The offense itself doesn’t disqualify him (from holding office). So I don’t really feel comfortable trying to demand something about his office for an offense that wouldn’t remove him from office if he went to a jury trial and was convicted," Porter said.

If Hill were to enter a guilty plea, it’s possible that POST, the Georgia agency that certifies law enforcement officers, could pull Hill’s certification. But that would be separate from Hill’s criminal case.