JONESBORO, Ga. -- Police now know the names of the two young victims who were found dead inside a Clayton County residence after a Saturday morning home invasion. 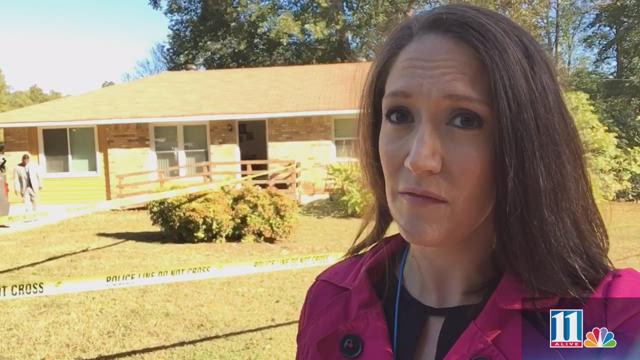 JONESBORO, Ga. -- Police now know the names of the two young victims who were found dead inside a Clayton County residence after a Saturday morning home invasion.

Eleven-year-old Tatiyana Coates and 15-year-old Daveon Coates were both found shot to death inside a house on Libby Lane in the Marlborough subdivision around 5 a.m.

Police said intruders tried to force their way inside the home overnight while Tatiyana, Daveon and several other children, ages 6 to 13, were inside. At some point, the suspects began shooting, but later escaped. Investigators said one of the children was the one to make the call to police.

When officers arrived at the home, that's when they found the two teens. The other children at home at the time of the incident were not harmed.

1 / 5
Erin Calandra
Police are investigating after two young teens were found shot to death inside a Clayton County home, Saturday morning, in an apparent home invasion.

According to police, Tatiyana and Daveon's parents were not at the home where the fatal shooting happened; they believe that the adults were socializing at another location at the time.

Joy Shilengay lives on the same street as the home and said the family had only been there about a month, but she would always see the parents and children outside playing. Before that, she said the house had been sitting empty for two years.

According to Shilengay, this is the first time an incident like this has happened in the usually-quiet neighborhood and has left people nervous.

"I've been living here for three years and nothing like this has ever happened," she told 11Alive's Erin Calandra. "But in this day and age, anything is possible. People don't care."

At this time, the exact circumstances that led to the two young teens' deaths are still under investigation, and investigators still don't have a motive. Tatiyana and Daveon's parents are cooperating with investigators to help police with the case.

11Alive is working to gather any additional information and will update this story as it becomes available.