Police: Child on e-scooter grazed by car in SE Atlanta

Officers said they believe the child was at fault for the incident. 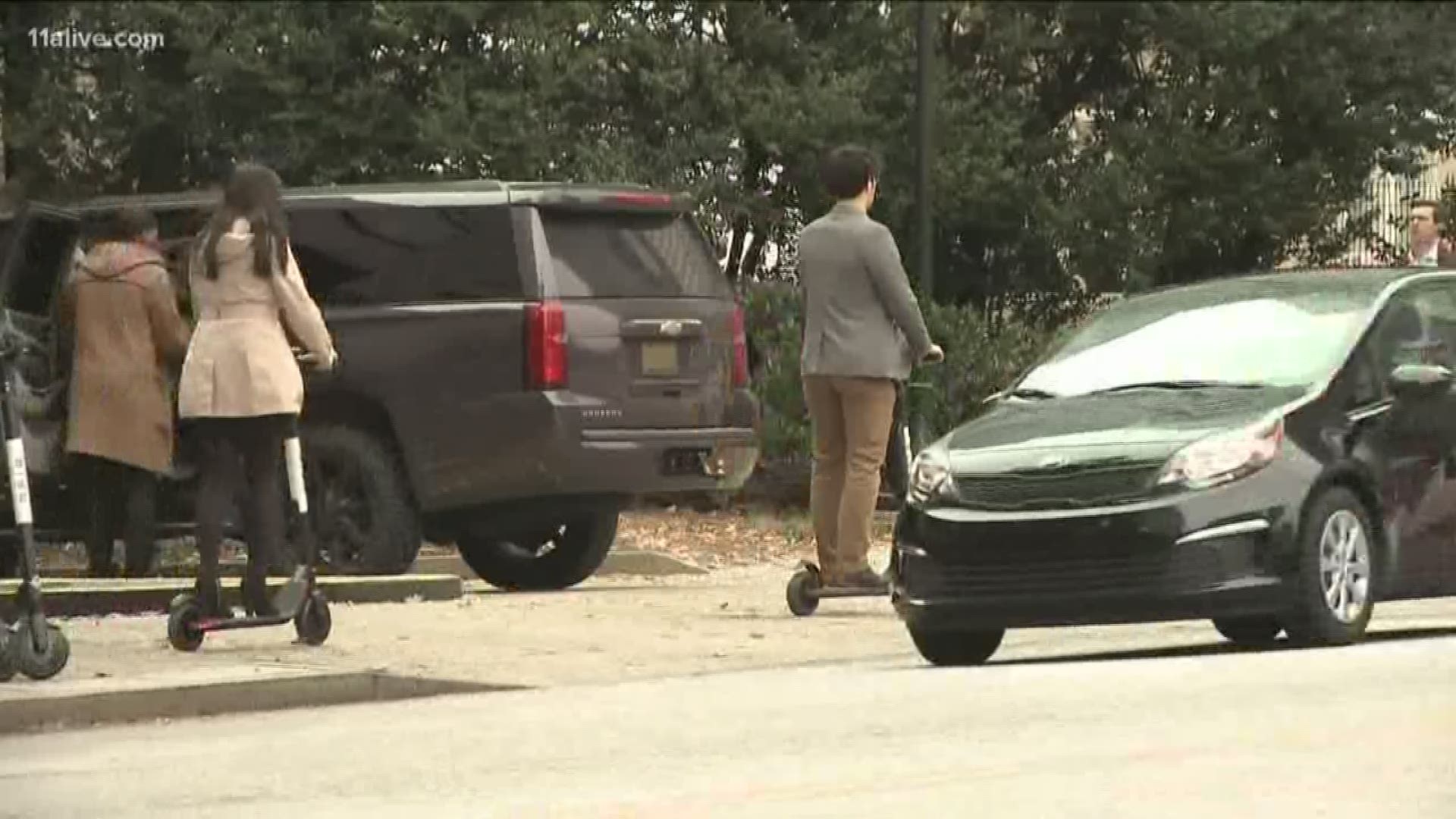 ATLANTA — Police said there was a minor incident involving a child riding an e-scooter early Saturday afternoon. Officers said the child only received minor injuries in the incident.

The incident happened near the corner of Moreland Avenue and Custer Avenue in Southeast Atlanta.

According to police, the child only received a minor abrasion to his left arm in the incident and did not suffer any major injuries.

Officers said they believe the child was at fault for the incident.

This comes after the city started its new crackdown on electric scooters on Friday, creating a "no-ride zone" across the entire city between the hours of 9 p.m. and 4 a.m.

The city's crackdown would not have made a difference in connection with this particular incident.

The city's prior fatal scooter incidents have all taken place during the evening hours.

On August 27, a 34-year-old woman riding a scooter was struck in a hit-and-run incident near the intersection of 14th Street and Crescent Avenue in Midtown. The victim, Amber Ford, a nurse from Alabama, was visiting from Alabama. She was taken to Grady Memorial Hospital for treatment that night and ultimately died on August 1.

On July 17, near the intersection of 15th and West Peachtree streets, William Alexander was struck and killed by a CobbLinc bus. According to police, Alexander fell into the path of the bus before it rolled over him.

In May, 20-year-old Eric Amis was struck and killed by a Cadillac near the intersection of West Lake Avenue and Browning Street. In that incident, the driver told police the scooter rider appeared at the last minute and she attempted to avoid hitting him and couldn't.

The deaths prompted a protest which disrupted traffic on West Peachtree Street on July 24 during rush hour. The protesters claimed that money had been allocated to build bike lanes and pedestrian paths throughout the city, but work has yet to begin on any or all of those projects.

"They have the dollars, yet they're not spending the money to make it happen," biker activist Bruce Hagen said.