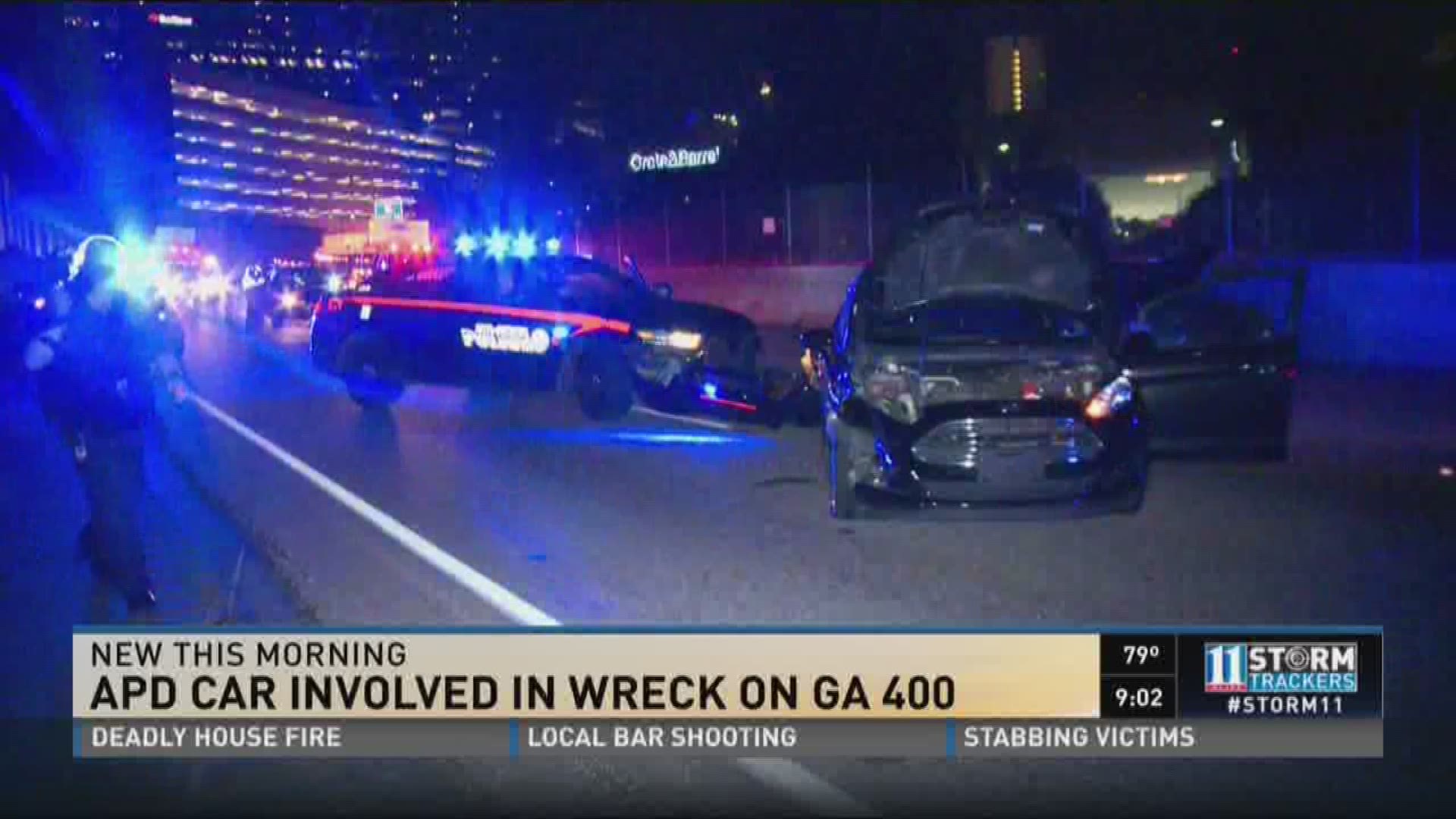 ATLANTA -- Investigators say a drunk driver caused a series of collisions that sent a police officer running for safety.

A spokesperson for the Atlanta Police Department said the crash occurred just before dawn on Sunday morning.

It happened in the southbound lanes of GA-400, just past the Lenox Road exit, when Atlanta Police Officer McCall was assisting another officer with an accident. McCall used his vehicle, with lights flashing, to block traffic until a hero unit could arrive.

Officer McCall was walking back towards his vehicle when a speeding blue Audi in the far left lane rear-ended a black Ford. The Ford lost control and crossed two lanes of traffic before striking Officer McCall's patrol car. According to an APD spokesperson, "Officer McCall was able to run towards the right shoulder to prevent from being struck."

Photos from the Scene

1 / 12
Authorities are investigating after an Atlanta Police officer was involved in a two car accident on GA-400 south just before dawn on Sunday, July 24, 2016.

Police say the driver of the Audi, identified as Abraham Martinez, was intoxicated. He wasn't injured in the crash, and he was booked into the Atlanta jail.

The driver of the Ford regained consciousness before being transported to Grady Memorial Hospital.

All three vehicles had major damage. Officer McCall's patrol had significant damage, but neither officer was injured.