Police rally around homeless family after traffic stop in Jonesboro

The father of six broke down crying when he told police about how the family struggled to stay afloat while battling homelessness. 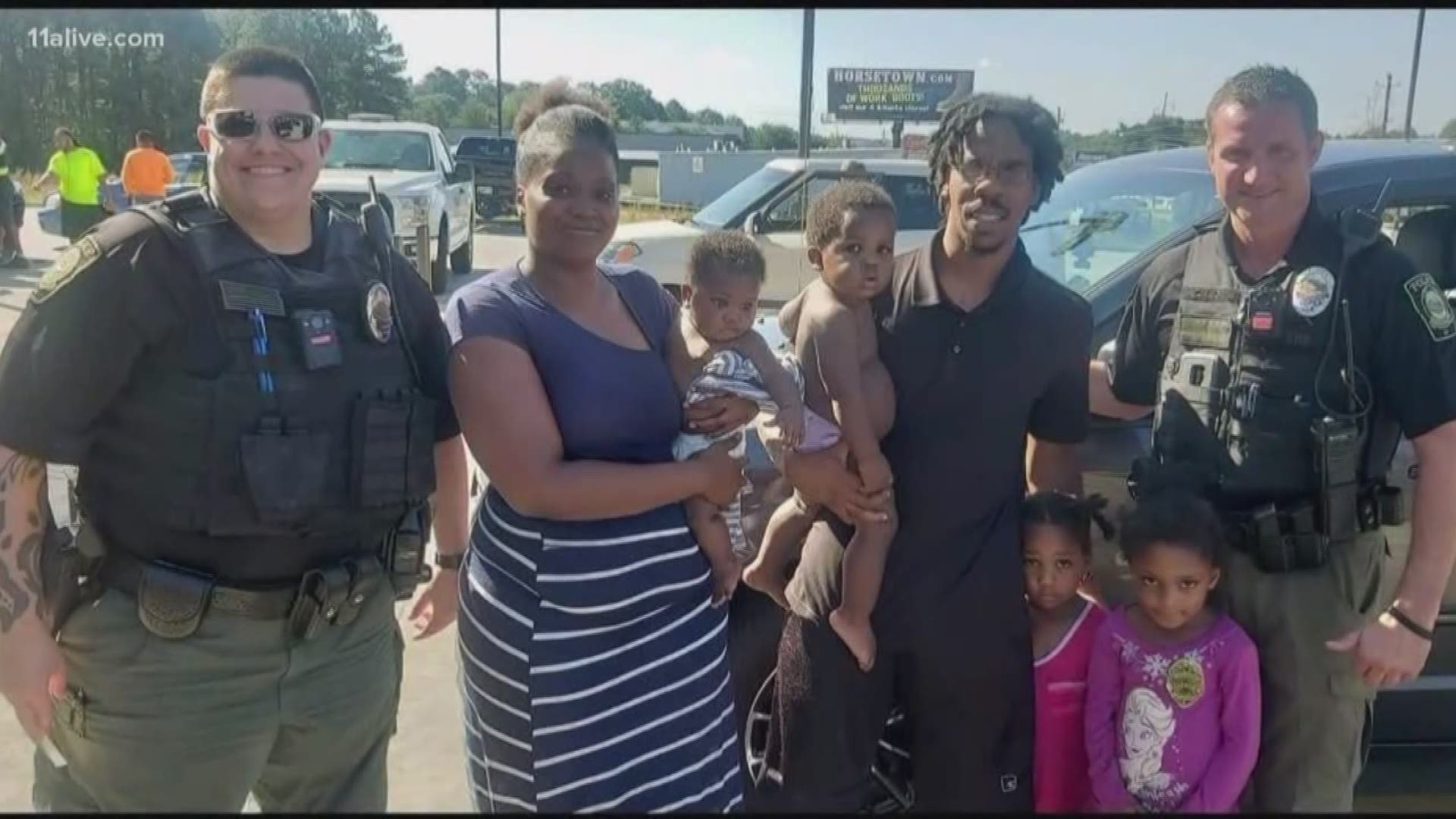 JONESBORO, Ga. – A family with six children is struggling to get by any way they can – by staying with family, sleeping in motels and often in their car. And they have a new support system, thanks to a Jonesboro police officer.

Officer Frances Spencer stopped a van on Tara Boulevard on Tuesday for not having car insurance. Inside was Joe and Shell Blakney, along with four of their six children -- all under the age of four. The family didn’t know they were uninsured and realized they missed a payment, Spencer said.

"They were kind of surprised they didn't have insurance," Spencer said. "Apparently, it was an issue with their original payment going through with Geico.

Spencer helped them get on the phone with the insurance company, but no luck.

"So I was like, 'How can we work this out? I don't want to have to impound your car,' Spencer said.

Jonesboro officer Brian Waters came to help. Together, they tried to call family and even drove Joe Blakney to his sister's house for help, but there was still no luck getting the payment.

During the conversation, officers realized Joe Blakney was a former Marine, and the family was homeless -- often living out of their van.

"They came back, and I asked [Officer Waters], 'Hey, how did the dad act when he found out?' He was crying and very upset. And I just knew at that point I couldn't just take these folks' car," Spencer said. "I knew they were staying at an extended stay hotel and they didn't have a lot of time left there."

Spencer decided to call Geico back and paid for the family to get two weeks of insurance out of her own pocket.

"They were super surprised ... asking 'How did you get this taken care of? How do we have insurance?' I was like, I paid for it," Spencer said. "The mom was holding the baby and she got out of the car and started crying, and said, 'can I hug you?' They were just super appreciative."

Officer Waters also dipped into his wallet to pay for lunch.

"We are not out here every day trying to take everybody to jail and giving everybody tickets, or anything like that," Spencer said. "When the opportunity arises, and I can help somebody, I want to be able to help them."

Jonesboro Police are working to get the Blakney family a new phone and are asking anyone who would like to help to contact the department.

A friend of Spencer's has set up a fundraising page to help the family.