The police report is difficult to read, so she is trying to determine what it says. 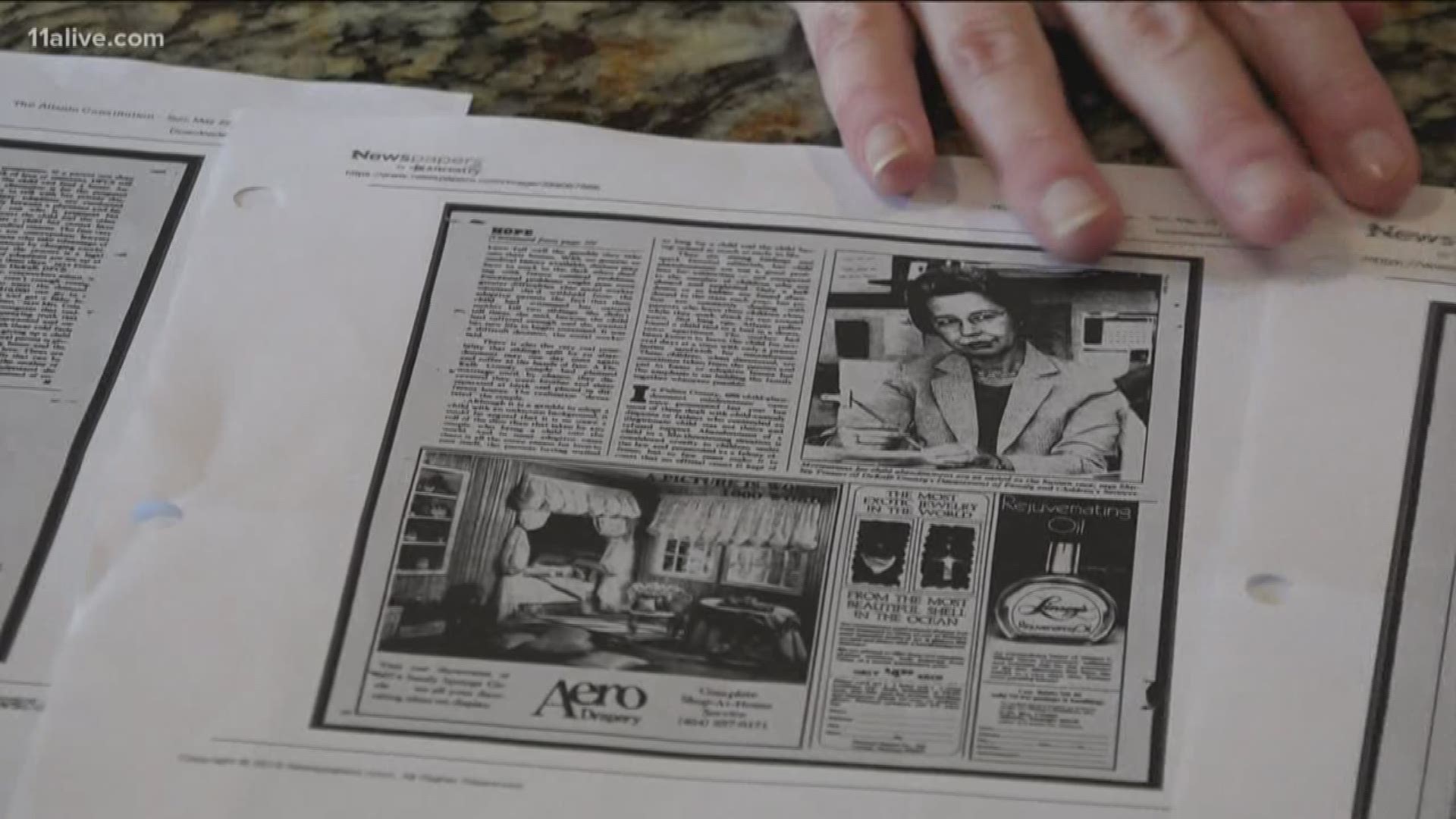 ATLANTA — More clues are coming together for a woman who is looking for the people who ultimately saved her life in 1983.

The child who was nicknamed by the hospital staff as "Baby Jan Winter" is now all grown up. She was found abandoned in a dumpster. She's known as Amanda Jones but was called "Jan Winter" because she was born in January - in the middle of winter.

She doesn't wish to find her biological family who left her there. Rather, she wants to find the people who rescued her.

"There's a part of my life that I am completely missing," she told 11Alive earlier this week. She reached out to get help in her search to find those who saved her.

Since our story aired on Aug. 13, Jones has found some leads. A viewer recognized the name of the detective on the case. The retired detective now lives in Texas but saw the story online - and got in touch with Amanda.

And since then, she's also located the police report from her case, but it's difficult to read. Now, they are trying to figure out what it says.

RELATED: Woman abandoned in dumpster as baby one step closer to finding rescuers

Jones said she has a good life with a beautiful family. She only wants to find the rescuers to thank them for what the did for her.