A school resource officer intervened and she was able to take the suspect into custody, according to school officials. 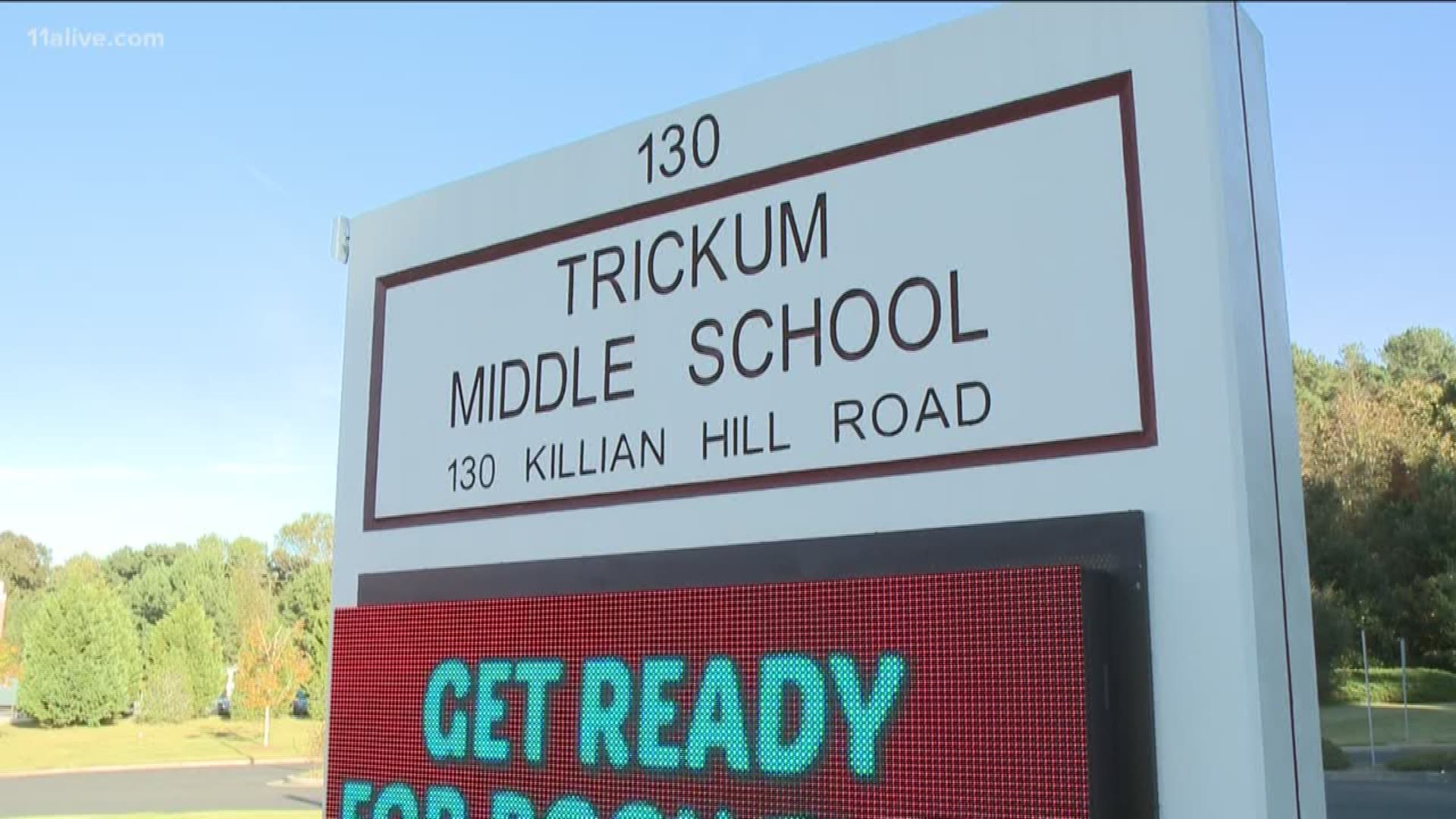 LILBURN, Ga. -- A student was taken into custody after allegedly stabbing a teacher with an 8-inch butcher knife at Trickum Middle School on Monday, police said.

According to Gwinnett County Public Schools spokesperson Sloan Roach, it happened as students changed classes in an 8th grade language arts classroom at the school, which is in Lilburn, Ga.

According to Roach, the student called the teacher over and stabbed him in the chest.

A school resource officer intervened and she was able to take the suspect into custody, according to school officials. The officer did not draw her weapon. The school went under a soft lockdown while the student was taken off campus.

"The teacher has been transported to an area hospital, but was conscious and talking to first responders," Roach said.

The spokesperson said there is no known negative history between the student and the teacher, whom 11Alive has been told also worked as a volleyball coach.No students were injured.

One parent, Emily Woods, told 11Alive this is scary, but she doesn't have any reservations about her child going back to school Tuesday.

According to school officials, there are no metal detectors at the school and students are not searched as they enter. The suspect allegedly brought the knife into the school in a backpack.

The suspect is expected to be charged with aggravated assault as well as having a weapon on campus. The school will also likely take disciplinary action. Counselors will be at the school Tuesday and the student will not be allowed back on campus.

In a letter on the school's website, Principal Ryan Queen said additional police presence will be at the school Tuesday to provide students and staff members with an additional sense of security. An 8th grade trip that was planned for Tuesday has also been canceled and will be rescheduled at a later date.

"We have never had a situation like this at our school and I know we all are concerned about this and the fact that one of our Trickum Middle family was hurt at the hands of a student is very upsetting," the letter said.