Residents point to the many white faces seen in the Quarry Yards marketing materials. 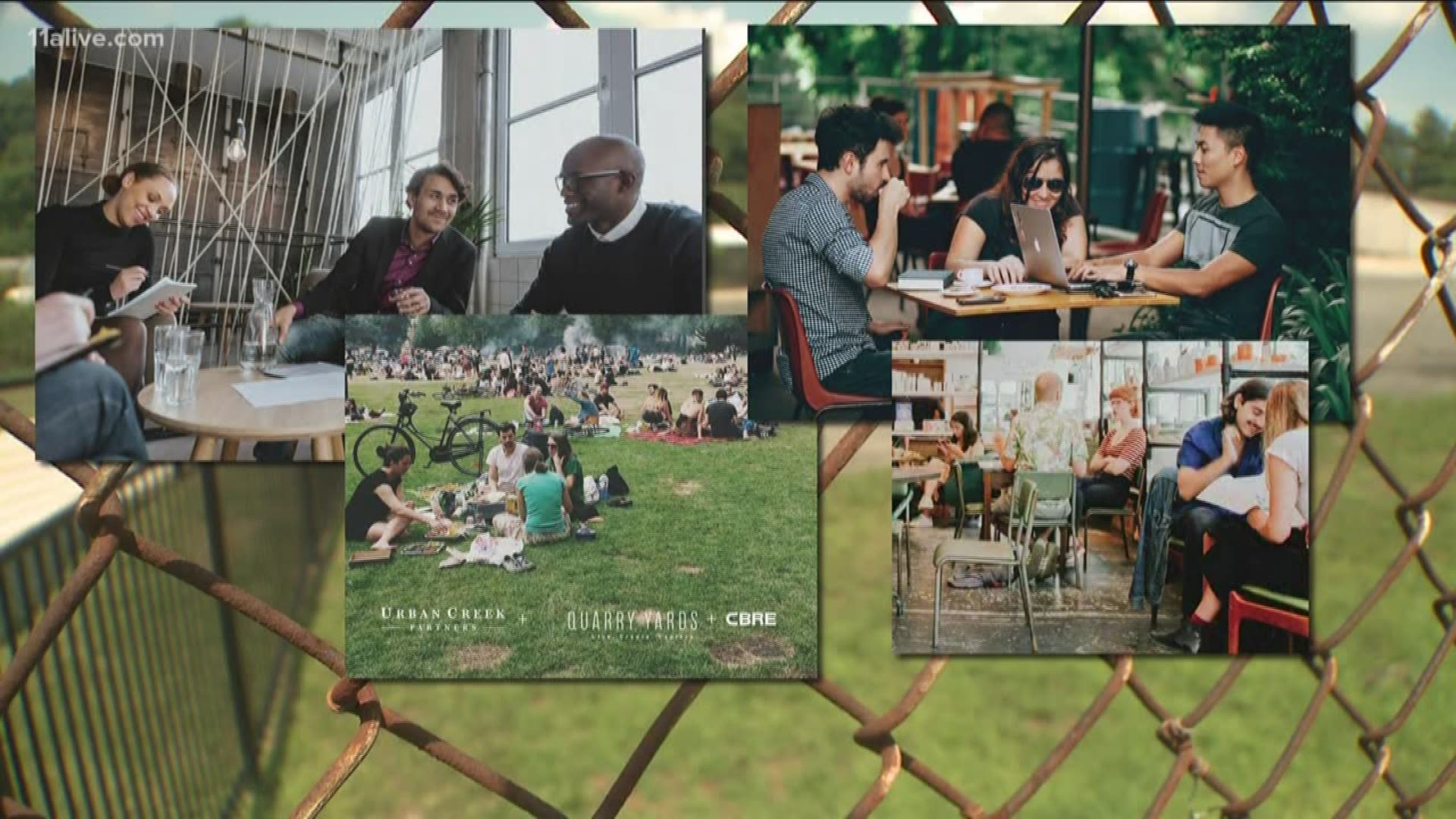 ATLANTA — In a historically black Atlanta community, there are allegations that a new development is being marketed to upscale white folks. The development, Quarry Yards, is near northwest Atlanta’s Bankhead MARTA station.

Its marketing video starts by saying "welcome to a community created for the new Atlanta."

"I’m part of the old Atlanta," said Sherise Brown, who is among those troubled by the marketing for Quarry Yards, a mixed use development with housing and commercial amenities that hugs a stretch of the Beltline and looks into a huge new city park.

Its online marketing deck depicts young adults enjoying the facility, which has yet to break ground.

"It’s obvious when I first saw it," Brown said. "I’m looking at a bunch of young, white professional yuppies. You know, this is the 'new Atlanta.' We already know this is what you want. But really, up in our face like that?"

The facility’s marketing does depict some people of color. But the images were troubling enough to send a group of activists into the Atlanta office of the federal Department of Housing and Urban Development to lodge a fair housing complaint.

"All these major (construction) developments, and I don’t see us in them," said Brown, who is African-American. "There’s nothing there for people who look like me – you know, that’s not making 40 and 50 and $60,000 a year."

Brown said she was displaced when northwest Atlanta's Bankhead Courts housing project was demolished, and has been looking for an affordable way to return to the community.  She now lives in Peoplestown in southeast Atlanta.

Quarry Yards’ literature touts some affordable housing. But critics say it will still price out much of the population in this historically black community.

By late Monday afternoon, Quarry Yards had not responded to email requests for comment.

"There will be a determination made whether this is a valid fair housing complaint, and a determination will be made in terms of what happens next," said Joe Phillips, a spokesman for HUD's Atlanta office.

Phillips says the agency will likely respond in 20 to 30 days.