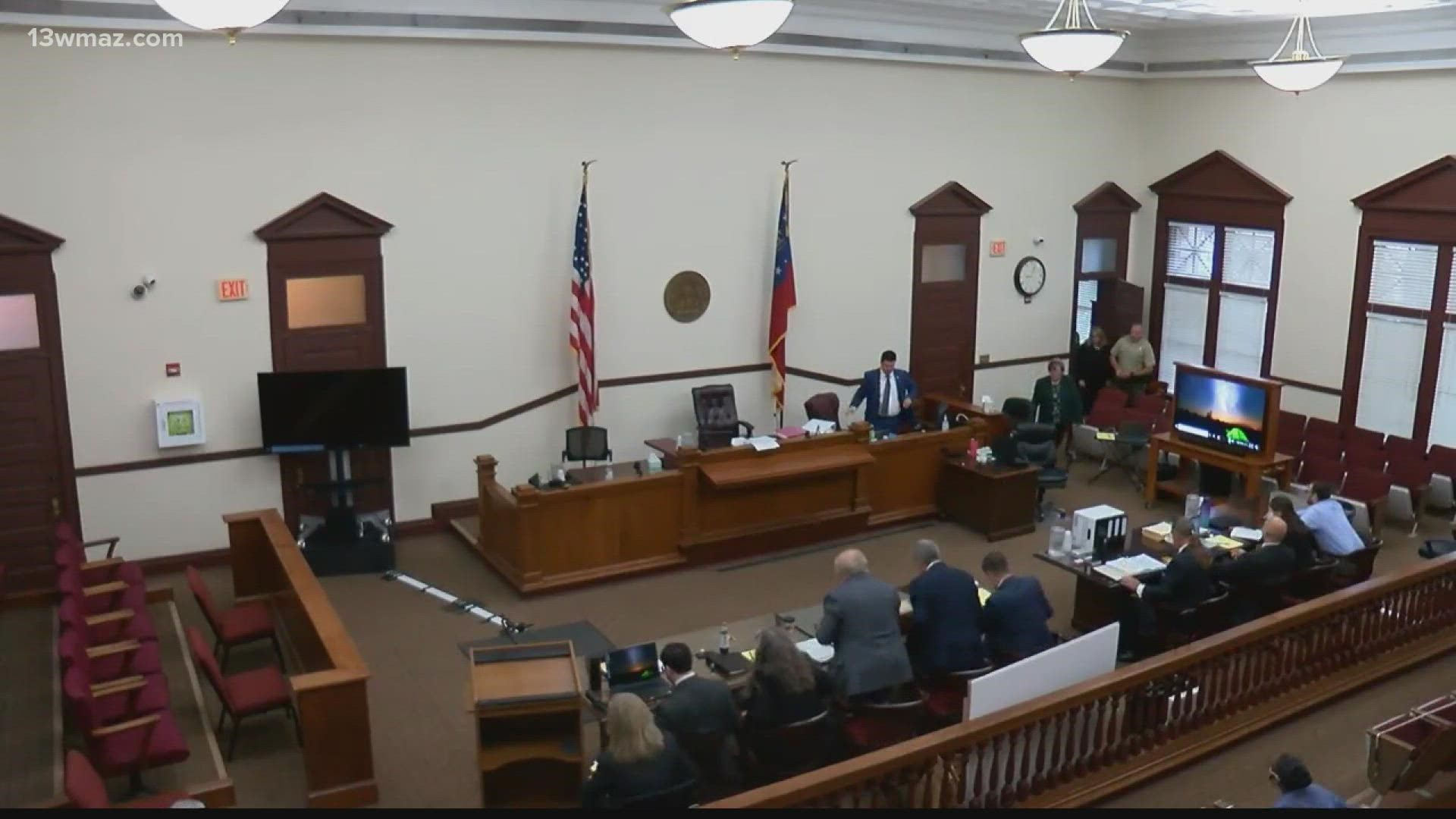 A Putnam County prosecutor told jurors that it took Donnie Rowe and another prison inmate just 30 seconds to steal a gun and kill two corrections officers.

Prosecutor Dawn Baskin led off by walking jurors through the morning of June 13, 2017. That’s when corrections officers Christopher Monica and Curtis Billue transported Rowe, Ricky Dubose, and 31 other inmates to Jackson on a prison bus.

Baskin says Rowe and Dubose boarded the bus with a plan to escape. She says Rowe brought a pen that he used to loosen his shackles.

She told jurors that bus video shows the two getting free. Then when Monica fell asleep, she said, they struck.

Defense lawyers were scheduled to make opening statements next.

Both inmates face the death penalty if convicted, and the trial could last two weeks or more.

Reporter Molly Jett is in the courtroom and will have the latest on 13WMAZ News at 5, 6 and 11.