Natalie White, 29, was arrested Tuesday. A flier called the protest a "noise demo". 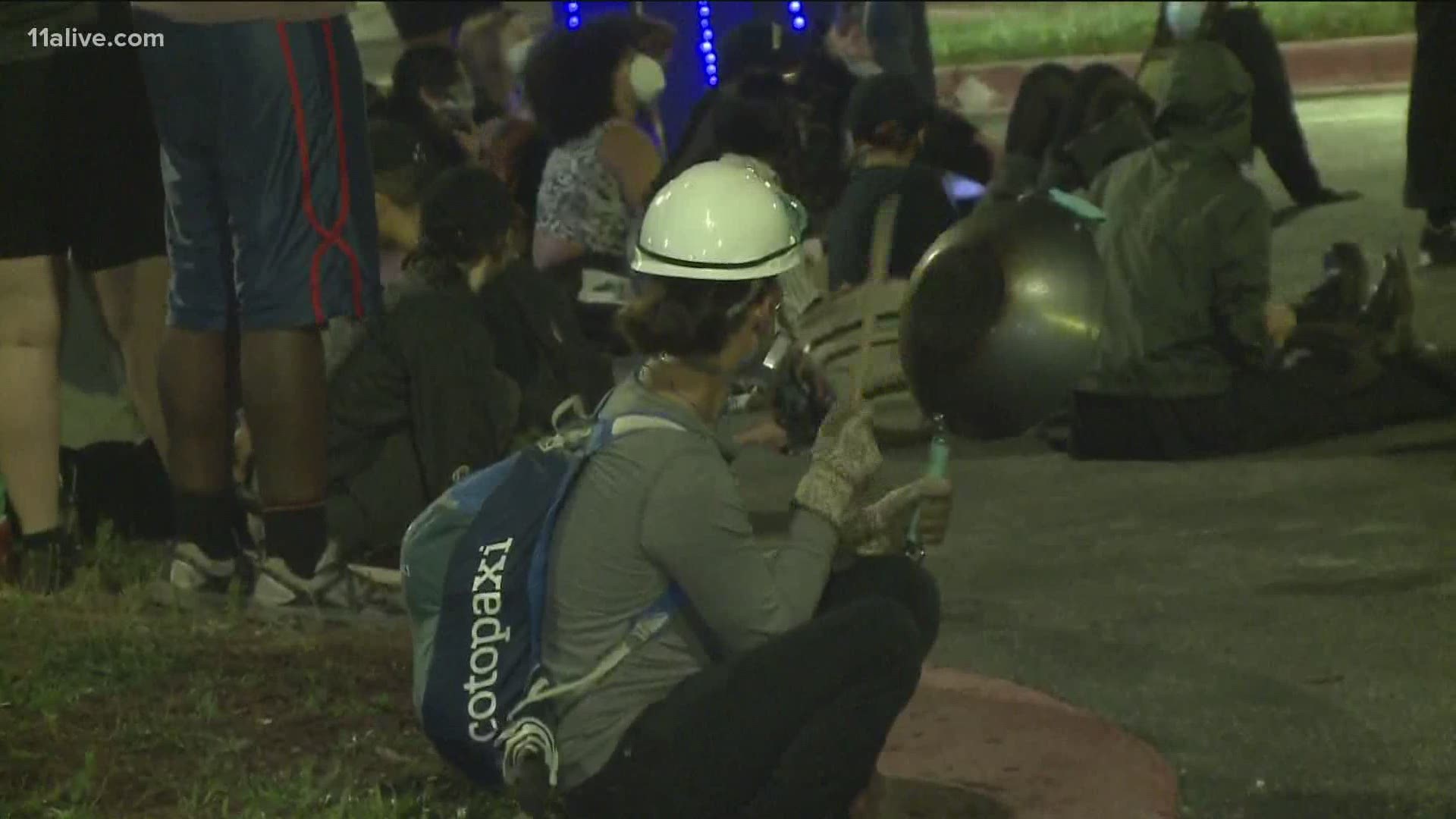 ATLANTA — A group of demonstrators stood outside of the Fulton County Jail Tuesday night demanding for a woman accused of setting a Wendy's on fire to be released.

Natalie White, 29, was arrested Tuesday and is just one suspect accused in the crime.

A flier shown to an 11Alive crew called the protest a "noise demo". You could hear people beating on drums, shaking tambourines and using other things to make noise outside of the jail.

The fast food spot on University Avenue was torched the day after an Atlanta police officer shot and killed Rayshard Brooks in the parking lot.

White's attorney, Drew Findling, said she did not start the fire and claims pictures will prove that.

A warrant was issued for White's arrest over the weekend. Her attorney said he had been negotiating her surrender with the district attorney's office since Sunday.

He said she was taken into custody by U.S. Marshals at his office.

We first heard White's name from Brooks on police bodycam video before he was shot and killed, although the nature of the relationship is unclear.

"Just a daiquiri, with Natalie White," you can hear him say in the video.

RELATED: Natalie White: Rayshard Brooks mentioned the name to police. It just came up again in a warrant

A statement released by the Brooks family through their attorney said the following:

The only person who could answer questions regarding any connection they may have had is Natalie White.

The family of Rayshard Brooks is still grieving his loss. He will be greatly missed by his widow Tomika Miller and their children, as well as his many family and friends."

"They were good friends but I'm just not going to at this point and time talk about the specifics of their friendship, " Findling said.

White will now face a bond hearing. Her attorney believes she should be granted it.

"When you look at it I think she is clearly going to get bond and I think the only fair thing to do would be to give her a signature bond."

As for the protest, there was also an image projected on the side of the jail during one point of the evening that said "shut it down and dismantle white supremacy."

Authorities are still looking for additional suspects in the arson investigation.