Massachusetts Senator Elizabeth Warren was on the campus to deliver a speech to students, when she was interrupted. 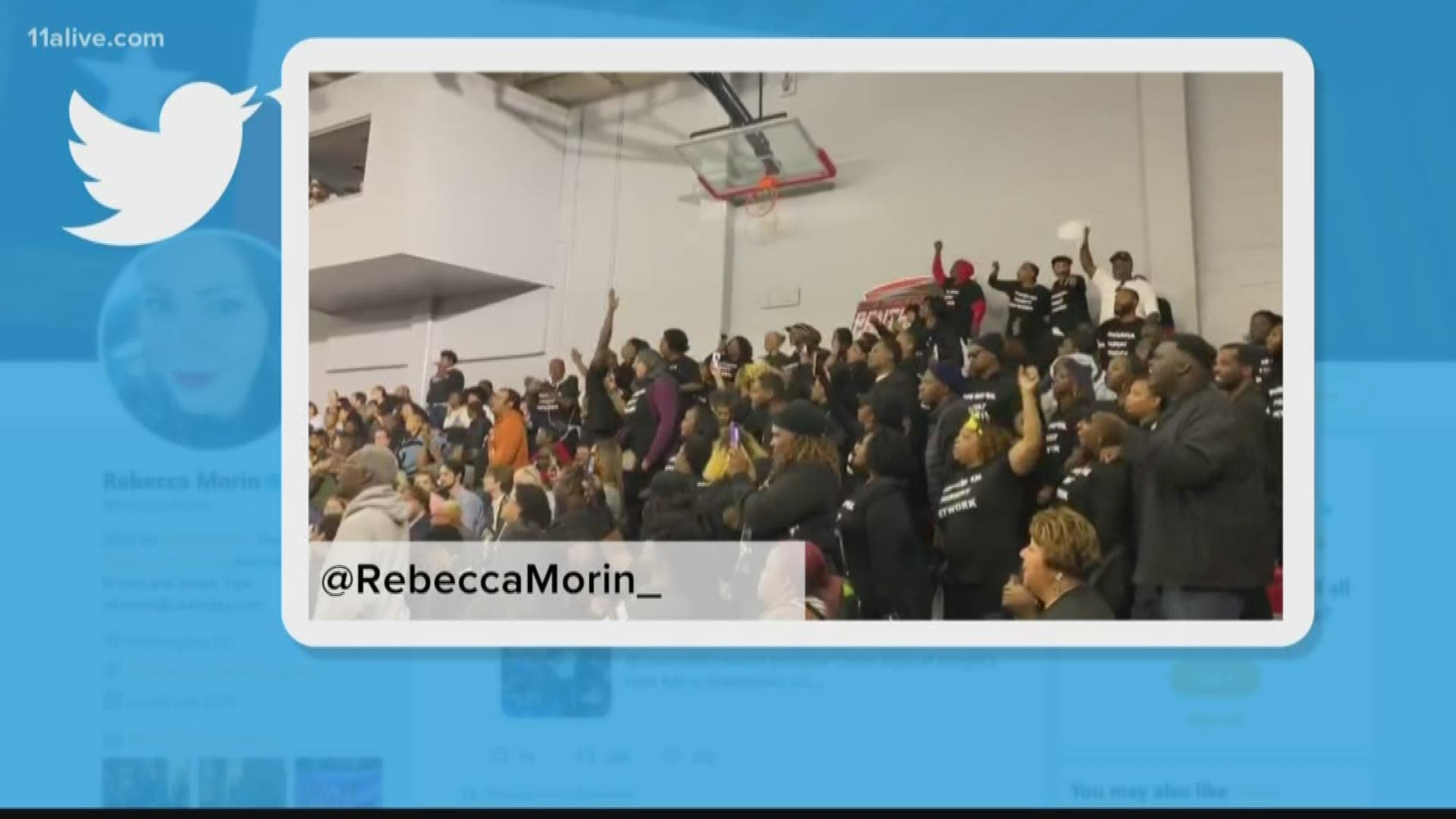 ATLANTA — The 2020 candidates continued to rally their supporters in Atlanta the day after the fifth Democratic debate, but one candidate was met with some friction during a Thursday campaign stop.

Massachusetts Senator Elizabeth Warren was on the Clark Atlanta University Campus to deliver a speech to students and supporters, to honor the legacy of black women protesters.

"The fighters I want to talk about tonight are Black women," Warren said during the speech. "As a white woman, I will never fully understand the discrimination, pain, and harm that black Americans have experienced just because of the color of their skin."

She was about 30 minutes into it, when, ironically, a group of protesters interrupted the speech.

"Our voice, our choice!" the group began chanting loudly, slowly at first before building.

But it wasn't long before Warren's supporters began chanting her name louder, in an effort to drown them out. Tweets from reporters inside the event captured the exchange.

The senator acknowledged the demonstrators, and tried to carry on with her speech.

"I'm not here tonight to tell you about a painful history that Black Americans experienced and know all too well. I am here today for a different reason," she continued, as the heckles carried on.

The protesters picked up chanting again, with the crowd again trying to drown them out with chants of, "Warren, Warren!"

"Alright," she tried to soothe.

RELATED: This is what happened at the Democratic debate in Atlanta

The senator tried again to carry on, assuring, "We're good."

Warren was eventually able to press on with her speech, but it was was ultimately not enough, and back-and-forth prompted Rep. Ayanna Pressley to jump in.

"I want to say something - no one is here to quiet you, least of all this black woman who knows what it is when people try to put me in a corner and tell me to be silent," Pressley said. "You are welcome here."

"The senator is here to talk about the contributions fighters like you have made to history. So, in this moment ... there are many people who do not know this story, because we have been rendered a historical footnote in history," she continued to loud cheers. "So, I am going to appeal to you to not dishonor that history. We are grateful for your activism and your voice, and we would love to convene after this about the issue that you are here to stoke our consciousness about. But when these women have been ignored this long, this is their moment and we are going to hear the story."

The speech carried on after.

The group that interrupted the speech is named the Powerful Parent Network, which touts itself as an activist group consisting of low-income and minority parents from across the country.

According to the group's news release, they were there to send Warren a "message that she has it wrong about school choice and education policy."

"Elizabeth Warren is the presidential candidate who has taken the strongest stance against choice and high quality public charter schools," the group said. "But these parents will send a clear message: black and brown families want more educational choice and more quality public schools-- not less!"

Democratic debate | Facts about the candidates