Friday night's protests were peaceful and wrapped up with zero arrests. 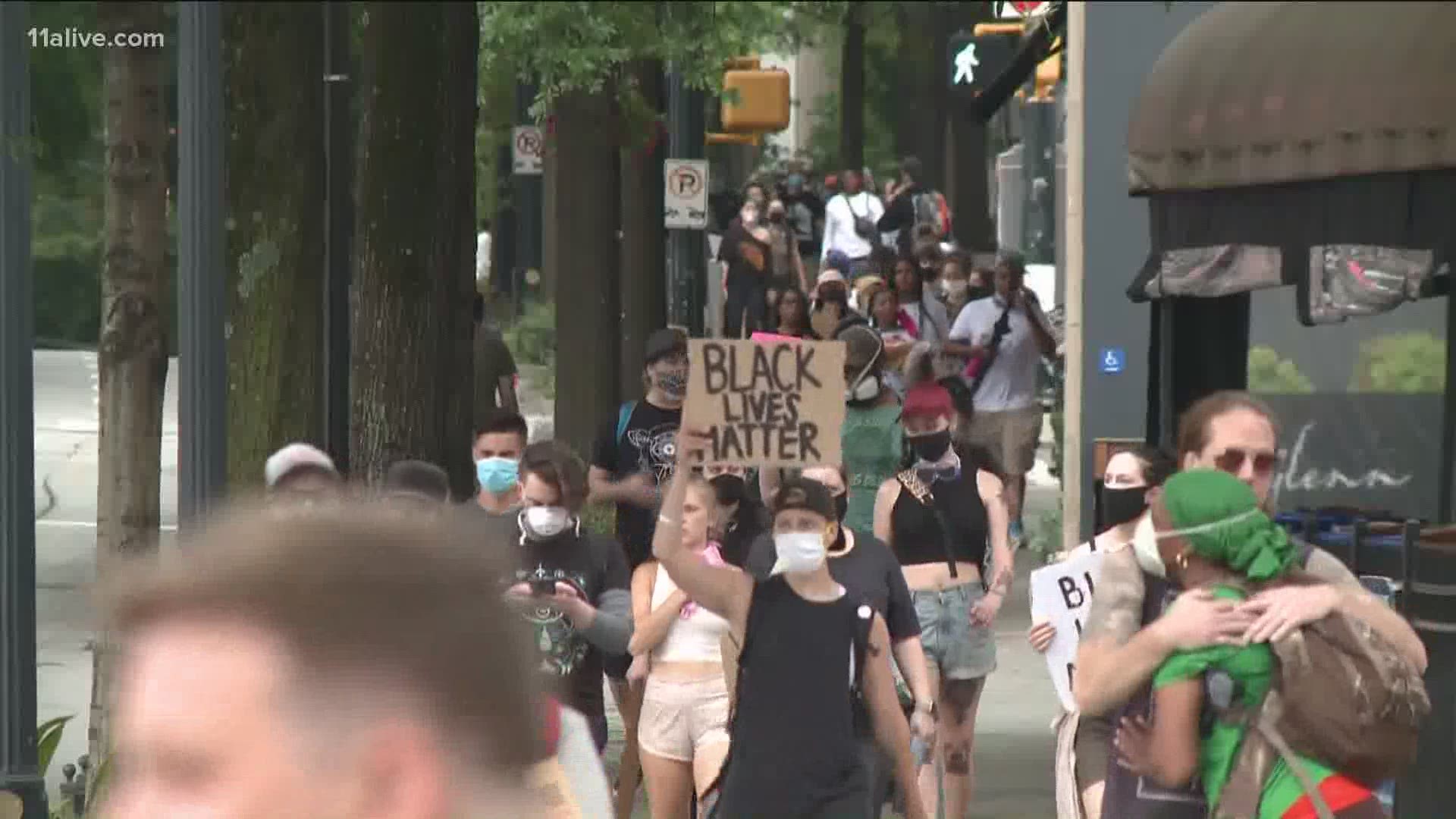 ATLANTA — Protesters have vented their frustrations over the deaths of black Americans at the hands of police -- as those demonstrations entered their second week in Atlanta.

They have promised to be back out once again on Saturday, demanding large-scale change.

"Laws have to be changed. Police have to be held accountable. Until that happens we're going to be out here. We need a law changed," said Xavier Lewis. "That's what needs to happen. It's when there are words put to paper and those papers are passed."

Just one week ago, Atlanta was in the midst of chaos, as frustrations boiled over following the death of George Floyd in Minneapolis at the hands of police.

However, in sharp contrast to the carnage and destruction left by the protests one week ago, this week, the Friday night protests were peaceful and wrapped up with no arrests.

Officers have made more than 500 arrests in Atlanta over the course of the past week's protests.

Last Friday, 79 people were arrested. The largest number of arrests on one night came on Saturday when 180 people were booked into custody.

Arrests remained steady from Sunday through Wednesday. Thursday night saw a noticeable dip in the number of arrests when police took six people into custody.

The city has been under a curfew each night since Saturday, going into effect each night at 9 p.m. and running until sunrise the following morning.

Notably, the curfew was extended on Friday night, beginning earlier -- at 8 p.m. This will also be the case on Saturday night and Sunday night.

Suspended Buffalo Police officers expected to be charged on Saturday