Since those first nights of protests, Atlanta Police say they have arrested 425 people in connection with the protests. 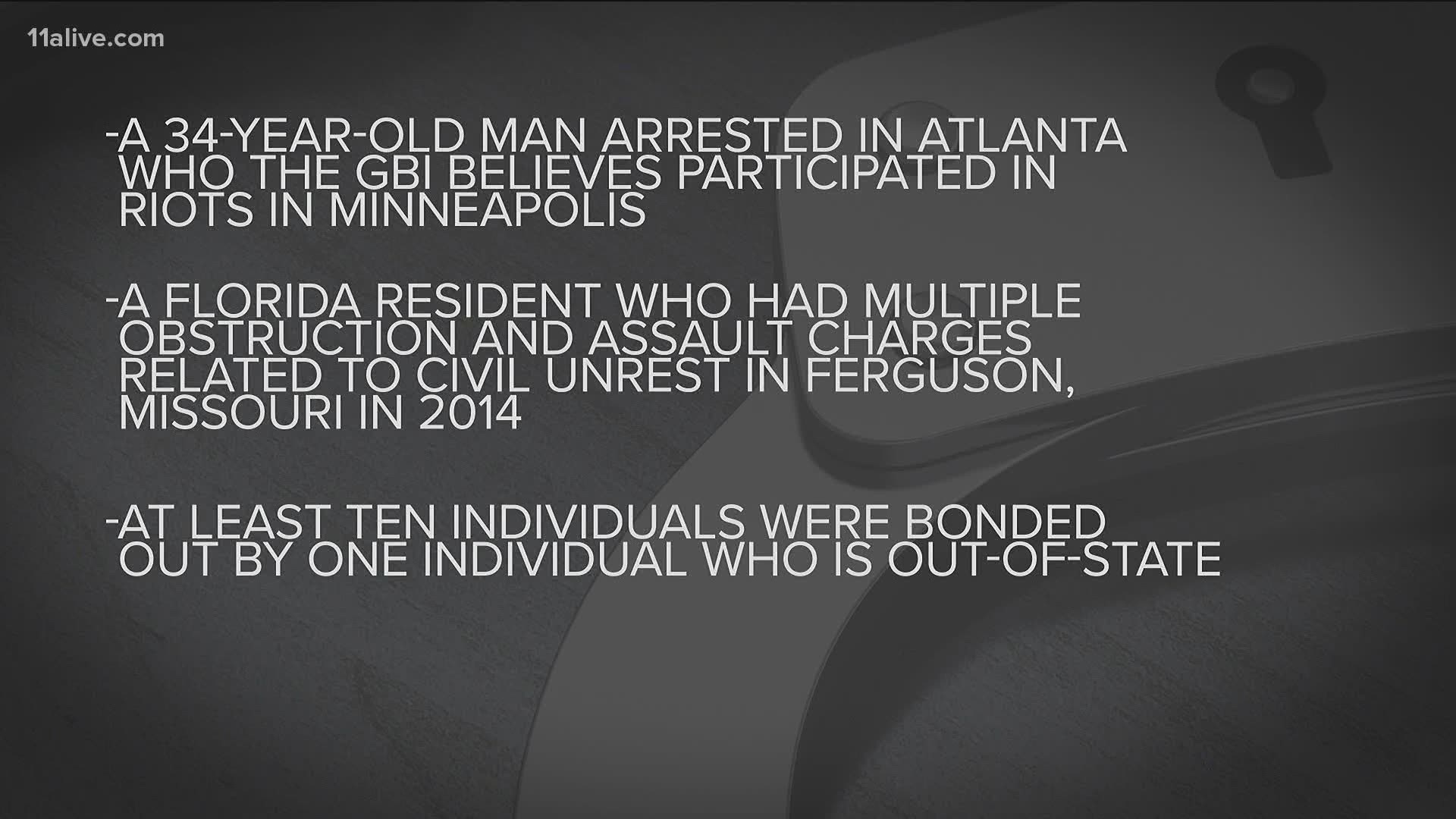 ATLANTA — Nationwide protests sparked by the death of George Floyd continue to unfold nearly a week after they began.

The demonstrations, which set off some looting and vandalism in their early days have largely dialed down to peaceful marches and rallies calling for change to a system that's seen a multitude of black Americans die during their encounters with police.

After the first days of violence, some officials said that many of the people causing the disruptions to the largely calm demonstrations were outside agitators.

The Georgia Bureau of Investigation Director Vic Reynolds also suggested during a Tuesday briefing with Gov. Brian Kemp that his agency had received "intelligence" that indicated that outside groups were behind the nefarious acts.

The data provided by police show that the majority of the people arrested are Georgians.

Since those first nights of protests, Atlanta Police said they have arrested 425 people in connection with the protests. The department released the data, which was up to date as of June 3. Note, the arrests do not include those made by other arresting agencies assisting with the protests.

According to the numbers, protesters arrested by the police last Friday were overwhelmingly from Georgia. Of the 425 arrests, 359 of them were Georgia residents. Here's a further breakdown by state:

As far as cities go, most of the people arrested - 141 out of 425 - had Atlanta listed in their addresses. Here are the top 10 cities where arrests came from

Overwhelmingly, men accounted for the majority of the arrests - 313 of the 425 arrests (74 percent) were men. Women made up just 26 percent of the arrests.

The top age for those arrested are 20 years old. Here's a breakdown of the top 10 ages:

The Georgia Bureau of Investigation also conducted its own analysis of arrests through June 1. It's findings show also support findings that show most of those arrested lived in the Atlanta/Fulton County area.

According to the GBI's findings, most of the people arrested did not have a prior criminal history, though the GBI said there were more than 30 people who had "a significant criminal history" that included charges consistent with "prior involvement in violent civil unrest."

Among the examples provided by the GBI was a 34-year-old male from Minnesota who they said was arrested in Atlanta and may have been involved in the Minneapolis riots prior to his travel to Georgia. In another instance, the GBI said one Florida resident arrested had multiple obstruction/trespassing/assault charges out of Missouri near the time of the Ferguson civil unrest. The GBI said this person was arrested in Atlanta and live-streamed his detainment to social media while handcuffed with APD. He was also a convicted felon, according to the GBI. Lastly, the GBI said 10 or more people arrested were bonded out by one out-of-state individual, "suggesting coordination and outside influence."

The most common charges for those with the alleged criminal history, according to the GBI, were willful obstruction, terroristic threats and acts, false name/or date of birth to a law enforcement officer and aggravated assault. The GBI added that multiple people had active warrants for at the time of their arrests, though it did not specify how many people that was true for.

Meanwhile, the majority of the arrests made during the protests have led to misdemeanor charges, with most of the charges coming from violations of 9 p.m. curfew and pedestrians walking in roadways. The majority of those arrests - 165 of the 425 (39 percent) - came Saturday, May 30.

Editor's note: This story has been updated to include data analysis presented by the Georgia Bureau of Investigation.

Watch Live: Protests in metro Atlanta continue for sixth day in a row