It will again take effect at 9 p.m. 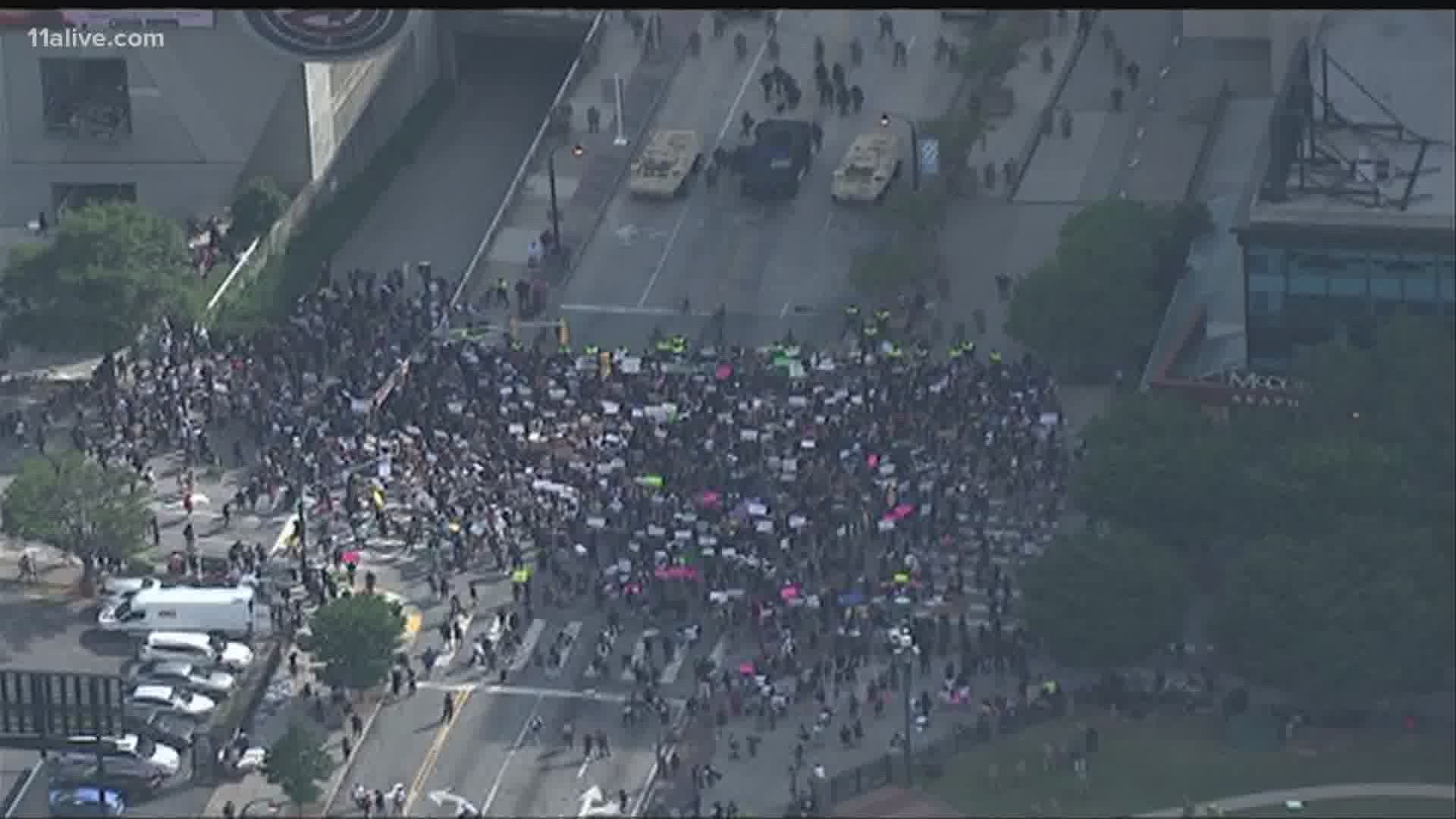 ATLANTA — Mayor Keisha Lance Bottoms is extending a curfew in the city of Atlanta for a fourth consecutive night, again starting at 9 p.m.

It will again run through sunrise Wednedsay, June 3.

This is intended to curtail potential looting or other negative actions during the overnight period.

Around the country, protests have typically broken up and given way to more aggressive clashes between demonstrators and law enforcement around nightfall. With the Atlanta curfew generally coinciding with that time, the city's protests have largely dissipated the last two nights without the kind of chaotic scenes of Friday and Saturday night.

In an interview with the TODAY show on Tuesday, the mayor said she was "grateful" for that.

"I don't know what the reasons are, but I know that this of course is the birth of the Civil Rights Movement in America and it's been a longstanding policy to allow peaceful protests to happen and assemble in this city," she said. "But I also think, most importantly, we're doing the work each and every day, and I hope that's resonating with people. We're closing our city jail, converting it to a center of equity, we've eliminated cash bail bonds in our city, we've closed our detention center to ICE, and there's so many other programs happening in this city. And I hope that's giving us some grace that people recognize we are at least trying to do the right thing."

Atlanta is gearing up Tuesday for a potential fifth straight night of demonstrations.

US cities erupt in more violence amid threats from Trump