The mayor has articulated her position on growing calls from activists to significantly scale back police powers through budget cuts. 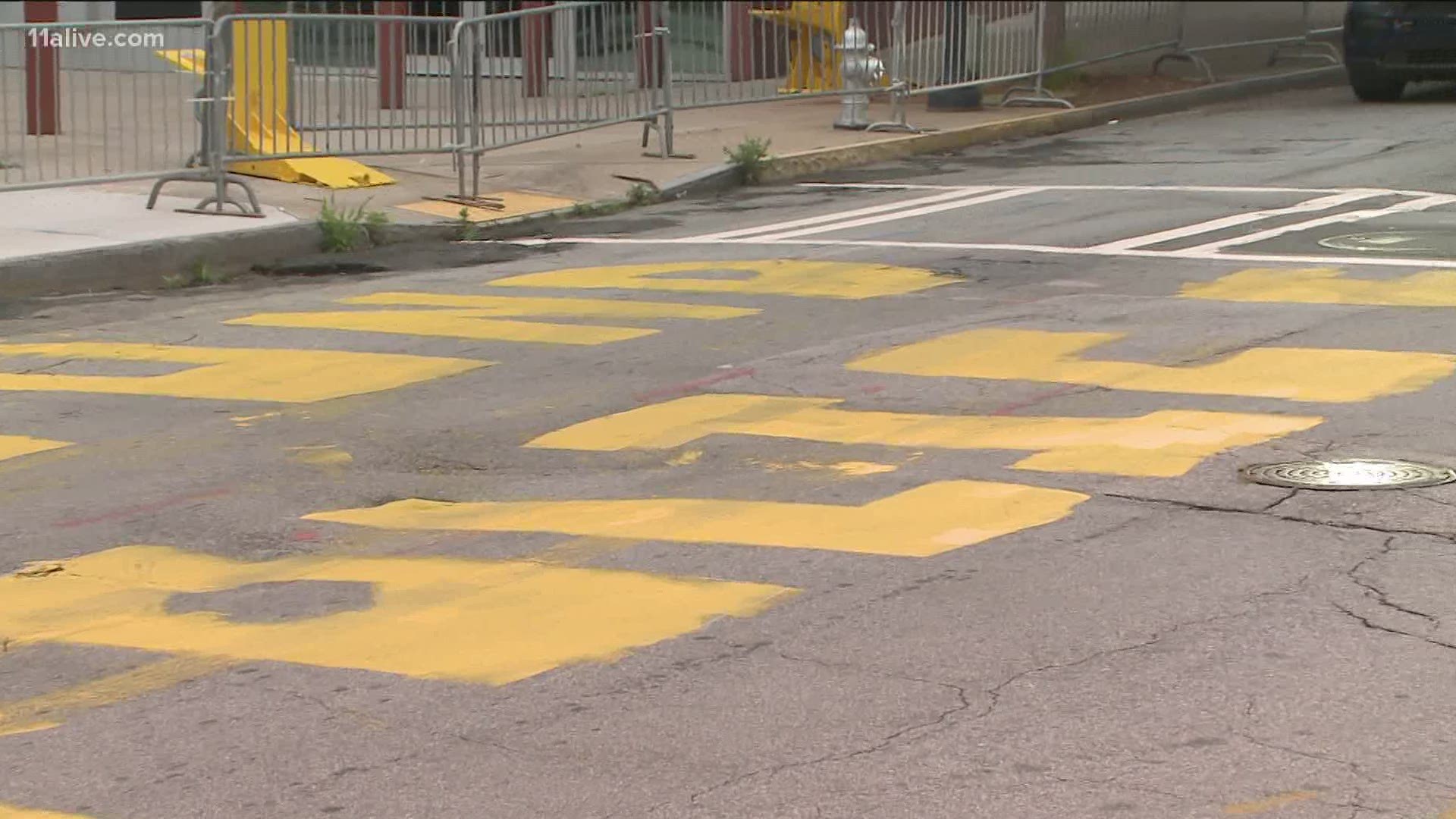 ATLANTA — Atlanta Mayor Keisha Lance Bottoms is framing the issue of whether to defund police as a matter of "reallocating funds" that Atlanta is already "ahead of the curve" on.

The rallying cry to defund police has become a significant element of activists' calls for radical police reform amid the ongoing protests against police brutality and systemic racism in the wake of the killings of George Floyd, Ahmaud Arbery and Breonna Taylor.

In a practical sense, the call to defund police is about pressuring local officials who control police department budgets to significantly scale them back as a means to rein in police overreach. Some activists go a step further and call for the complete elimination of police department funding as a way of abolishing them.

In an interview with 11Alive earlier this week and again during a City Council conference call on Wednesday, Mayor Bottoms said felt her police reform priorities were broadly aligned with what she sees activists who use a message like "defund police" are calling for.

Incidentally, that exact message was painted onto the street outside Atlanta Police headquarters overnight.

"I think that a very simplified message is 'defund the police,' but I think the overarching thing is that people want to see a reallocation of resources into community development and alternatives to just criminalizing ... behavior, so I think it's incumbent upon us to help people articulate that frustration," the mayor told 11Alive's Cheryl Preheim in the interview earlier this week.

She points to the city's corrections budget, which she said is being cut by 60 percent with the conversion of the Atlanta city jail into what she calls a "center of equity, health and wellness."

"The intent of this movement as best as I can assess really is about reallocating funds for social services and support and community enhancement initiatives," the mayor said during the City Council conference call on Wednesday, in response to a question from Councilwoman Marci Collier Overstreet.

"We are ahead of the curve in Atlanta because we are already reallocating our public safety (funds), we are already moving 60 percent roughly out of our corrections budget into that very specific area. So in some areas people are calling it defunding the police, in Atlanta we've been doing this work over the past couple of years," the mayor explained.

Bottoms said that while the police budget has increased year-over-year, that is largely due to a raise in police salaries. She defended that, saying that most of the police budget goes into things like salaries, pensions and workers' compensation, and that paying officers well helps ensure a more effective force.

"Many people who have an issue with police take exception with that pay raise, but I've articulated it and I stand by that reasoning now - we don’t want our police officers working two and three jobs," she said to 11Alive. "We want to have competitive salaries We don’t want them exhausted, because they’ve been working all night somewhere else, when they come into work on behalf of the city. Because it makes them fatigued, it makes their temper a bit shorter, and all the things that go along with being exhausted."

"We also want our police officers to be able to afford to live in the city of Atlanta so they can be a part of the communities that they are partnering with, and we need it to be competitive because we don’t want the leftovers," she added. "We want to be able to pick from the best talent pool that’s available."

MORE ON THE PROTEST MOVEMENT

VERIFY: Fact-checking photos and claims from the nationwide protests