Asked on the TODAY Show about the president's response to protests, Mayor Bottoms said "'it really is not about him.' 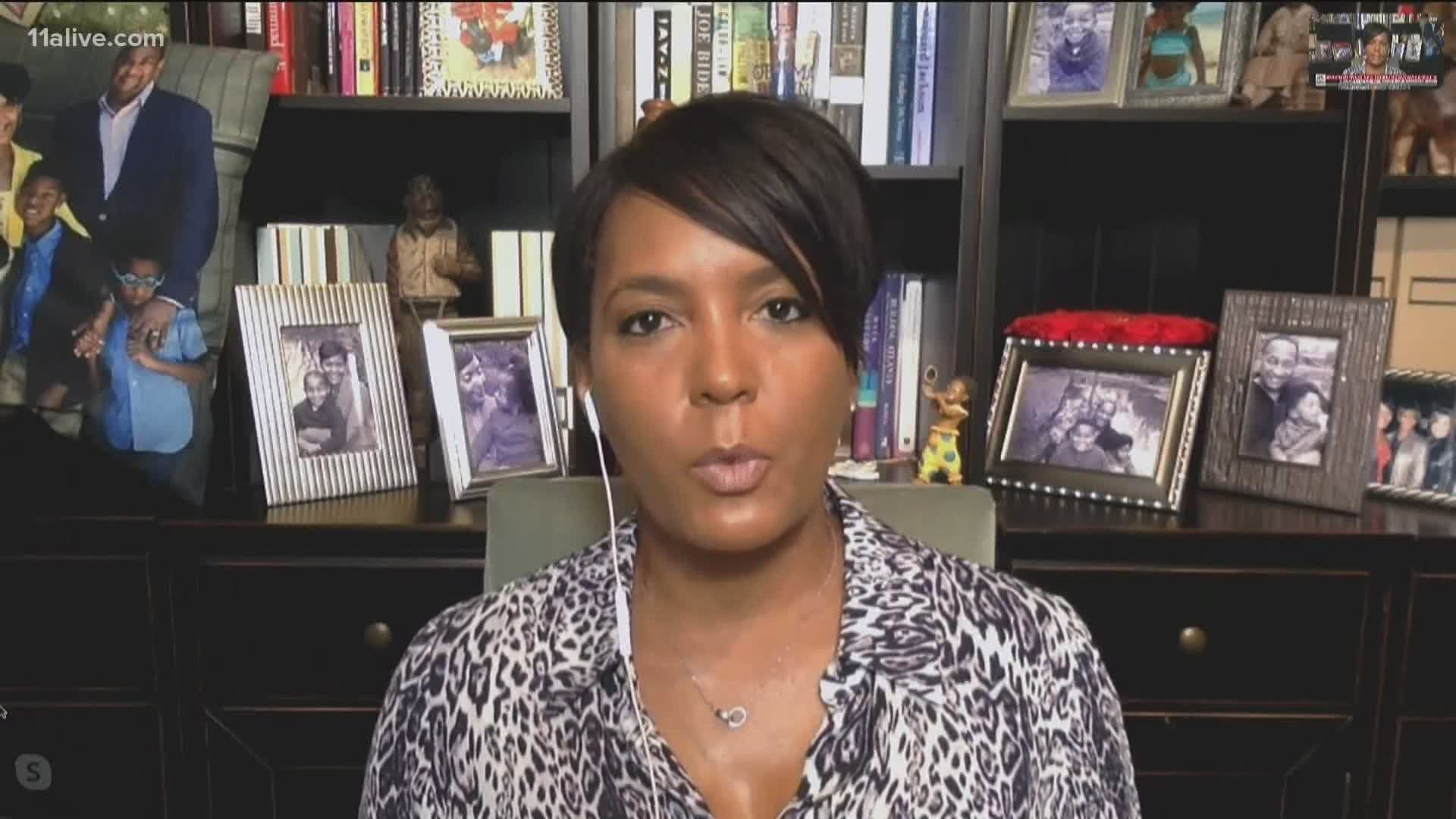 President Trump threatened to deploy the military to cities and states that do not take forceful action to halt nightly civil unrest that has typically followed peaceful protests in the day.

He also drew criticism for visiting St. John's Church near the White House on Monday evening, after a fire burned part of its basement during unrest the night before. The visit resulted in law enforcement clearing the protesters in the area using tear gas and other means.

But, asked Tuesday morning about the president's response, Mayor Bottoms said "it really is not about him."

"This moment is so much bigger than Donald Trump," the mayor said. "And I have to catch myself because I find myself getting caught up in his antics, but it really is not about him. It's about who we are as a country and who we want to be as a country. And so I would just ask if we have passed the point of any type of reason and sound decision-making from him, that our legislative representatives stand in the gap and do what needs to be done."

With a 9 p.m. curfew generally coinciding with nightfall, Atlanta's protests have largely dissipated the last two nights without the kind of chaotic clashes between demonstrators and police the city saw on Friday and Saturday.

The mayor said she was "grateful" for that.

"I don't know what the reasons are, but I know that this of course is the birth of the Civil Rights Movement in America and it's been a longstanding policy to allow peaceful protests to happen and assemble in this city," she said. "But I also think most importantly, we're doing the work each and every day and I hope that's resonating with people. We're closing our city jail, converting it to a center of equity, we've eliminated cash bail bonds in our city, we've closed our detention center to ICE, and there's so many other programs happening in this city. And I hope that's giving us some grace that people recognize we are at least trying to do the right thing."

But, she added, she wanted to see a better-articulated set of goals for the protest movement.

"What is the point of satisfaction? We know that the larger issue is that so many people of color in this country feel devalued, and we are seeing it play out in real-time with murders in broad daylight," the mayor said. "But I think there has to be immediate things, immediate returns to give to our communities that we can articulate. But I think there has to be a longer, broader plan for us to heal our communities, beginning with the psychological trauma that so many in our communities are experiencing right now."

Atlanta rapper and activist Killer Mike, who drew widespread attention for his plea for peace on Friday night during a press conference with the mayor and police chief at the height of the unrest, also spoke to TODAY.

"I think that it hit home because it spoke to black people in Atlanta and beyond from a true place ... the fact that as black people in Atlanta and beyond, our priority beyond the confrontation of this moment is to plot, plan, strategize, organize and mobilize to destroy the system. It's more than just individual officers ... there is a system of systemic racism that runs rampant in our justice system or our injustice system, and we need to address," he said. "That speech was talking to young people who feel the anger and pain and frustration, but may not have found the organization yet to help them express that. There are organizations on the ground in your city that need your help, and after this moment of spontaneous emotion I want you to join those organizations and fight the system on a daily basis."