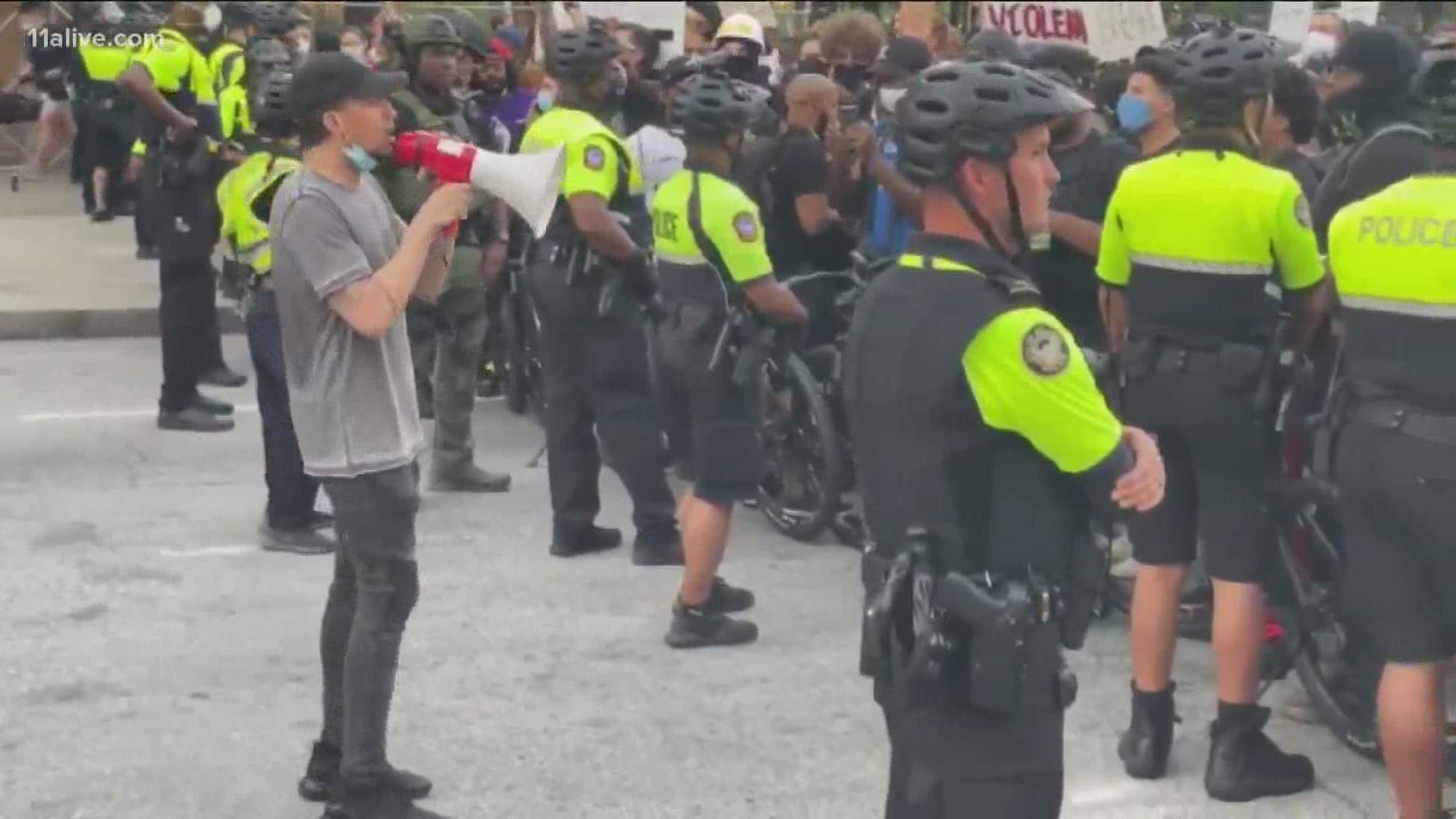 ATLANTA — In an affecting opinion piece for the New York Times published this morning, Atlanta Mayor Keisha Lance Bottoms writes of her instant fear for her teenage son as she learned protests were forming last Friday, even in a city she leads with a police force she oversees.

"Although as mayor, the chief of police reports to me, in that moment, I knew what every other parent to a black child in America knows: I could not protect my son," Bottoms wrote.

“Baby, please come home - now! It’s not safe for black boys to be out today," she wrote that she told him.

The peaceful protest of Friday afternoon gave way to a chaotic night of clashes between demonstrators and police, resulting in damage to the CNN Center and surrounding businesses.

RELATED: Atlanta mayor Bottoms: 'This moment is so much bigger than Donald Trump'

On the second night of protests, a young man not much older than the mayor's son, Morehouse College student Messiah Young, was tased and pulled out of a car by Atlanta Police officers. Six APD officers now face charges for their actions against Young and the young woman who was also in the car, Taniyah Pilgrim.

"The harsh reality is that if we examine the historical conditions of living while black in America, then we’ll realize that there has never been a day when it was truly safe for black boys to be out, to be free, to just be," the mayor wrote.

"America has a long and unreconciled history of tearing black boys and men from their homes, their families and their communities - and of throwing them into the unrelenting grip of death, more often than many Americans may like to admit," she added. "From being captured and assailed on African shores, to being cuffed and asphyxiated in American streets, centuries’ worth of black men have had an inverse relationship with life, liberty and the pursuit of happiness."

The mayor ends her piece with a call-to-arms.

"As Atlanta’s mayor, I would like to offer one salient solution to the atrocities we are faced with today. Let us each commit to exercise our right to vote this November," Bottoms wrote. "Let us vote against state-sanctioned violence, vitriolic discourse and the violation of human rights. In memory of George Floyd and all the other innocent black lives that have been taken in the recent and distant past, let us commit to registering black people, especially black men, to vote."