Community leaders say they sent the list of demand to city officials two weeks ago and have yet to receive a response. 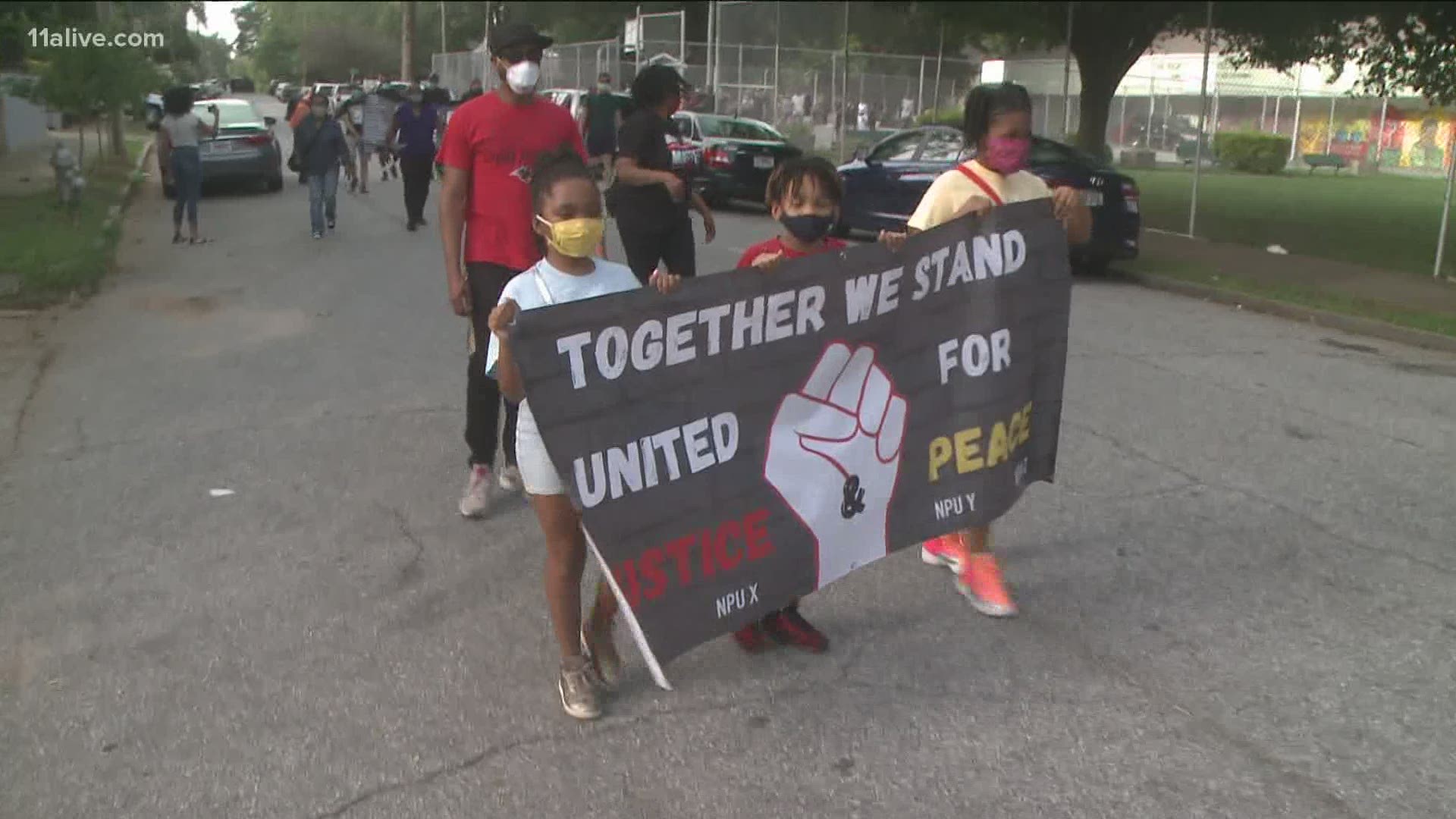 ATLANTA — Community members who live around the Wendy’s where Rayshard Brooks was killed want action from elected officials.

NPUs are citizen advisory councils that make recommendations to the mayor and city council on zoning, land use, and other community-related concerns.

Representatives from NPU-V, which makes up Adair Park, Mechanicsville, Peoplestown, Pittsburgh, and Summerhill/Capitol Homes, came together to create a list of demand following the shooting of Brooks.

The Wendy’s where Brooks was killed is located in Peoplestown. Community leaders say they sent the list of demand to city officials two weeks ago and have yet to receive a response. While the list was created and sent after Brook’s death, community members said many of the concerns were outstanding for years.

Credit: WXIA
March at Wendy's restaurant where Rayshard Brooks was shot and killed

Community members said they’ll continue to meet- and continue to ask for elected officials to respond to their concerns.

Saturday morning, some plan to head back to the Wendy’s restaurant to start cleaning up around the area.