It is being held in honor of George Floyd's funeral, set to be held later today in Minneapolis. 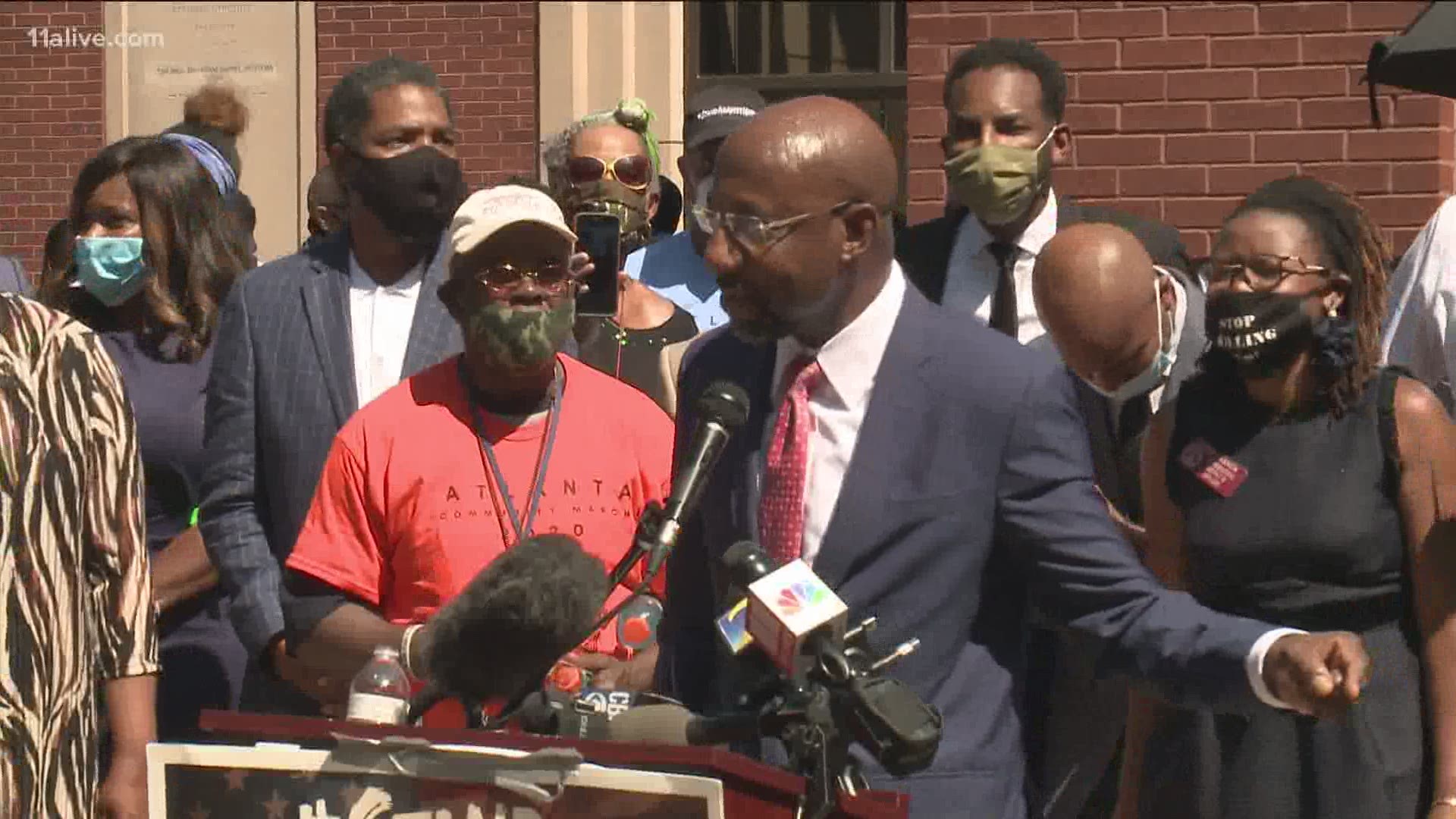 It was been organized in part by Atlanta City Councilman Antonio Brown.

"Tomorrow’s march in honor of #GeorgeFloyd will be at @TheKingCenter at 10:30am. We will be distributing face mask, hand sanitizer, face towels, staging portable potties along route, providing water/Gatorade & free food for attendees. All we ask is that you are peaceful," Councilman Brown tweeted last night.

"This is an artistic & peaceful protest/march NO VIOLENCE/LOOTING WILL BE TOLERATED," a flier says.

They asked marchers to wear their Sunday best attire. Atlanta resident and activist Anthony Armondis was named as one of the other organizers.

It comes on the heels of six straight days of protests, which turned chaotic in the late evening on Friday and Saturday but have settled into a rhythm that has seen large-scale peaceful demonstrating Downtown during the day and most protesters clearing out voluntarily before or at the 9 p.m. curfew.