11Alive is Where Atlanta Speaks. 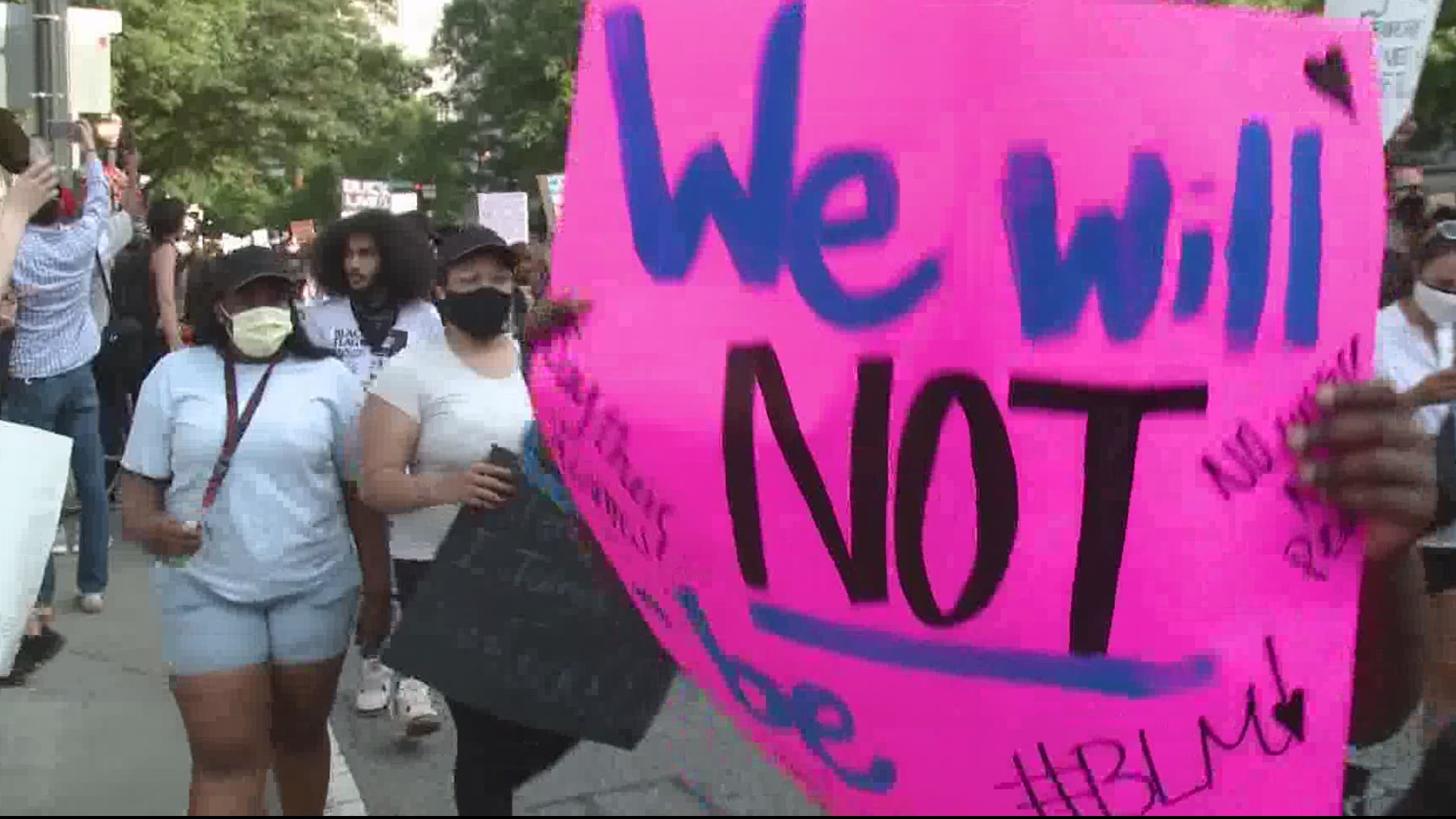 ATLANTA — Atlanta has seen days of continuing protests, as people pour into the streets to demand an end to police brutality and institutional racism in the wake of the killings of George Floyd, Ahmaud Arbery and Breonna Taylor.

11Alive's Hope Ford has been there nearly every night, on the ground at Centennial Olympic Park, Atlanta's epicenter for the protest actions, hearing from demonstrators.

RELATED: 'It’s not safe for black boys to be out today': Atlanta mayor writes of fear for son on day protests began

11Alive is Where Atlanta Speaks, so we've collected a dozen of her interviews and are presenting them below, a collection of voices that explain the hurt, frustration and, still yet, some optimism motivating those who are speaking out.

'It's deeper than just a gunshot. This is institutionalized.'

'We're sick of not being heard'

'This is gonna go down in American history'

"It's sad that it took a tragedy to bring everybody together," one protester told us. "I just hope that there's more people out there that can understand the importance of making a change."

'What do they want from us?'

'We shouldn't have to have this conversation. I shouldn't be here.'

'It's important to physically show up'

'Y'all gotta be smart about how you protest'

'I wanted to experience it firsthand'

'There's something in the air'

'I want justice for my people'

"Man I thought we closed this chapter when the King died / but I guess they always see as some slaves traumatized / RIP George man," Athens artist wolfg@ngz rapped.