'It could've been me - it probably still could be me' | Black women express heartbreak, anger over Breonna Taylor outcome

The indictment in the case - which did not charge any officers directly in Taylor's death - set off demonstrations in Atlanta and around the country. 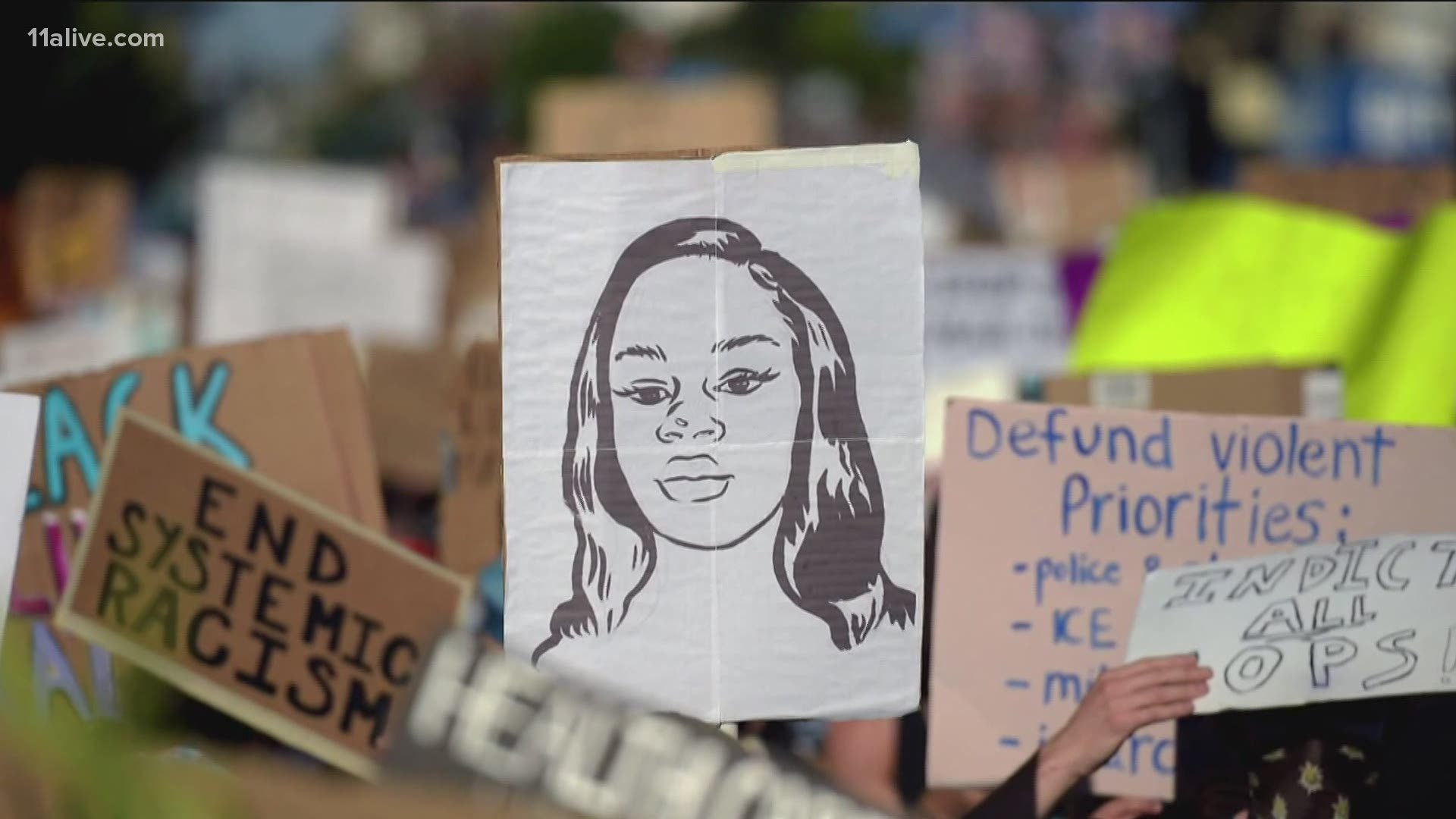 ATLANTA — Channeling the grief and anger coursing through demonstrations that broke out after it was announced yesterday that no officers would be charged directly in the death of Breonna Taylor, a woman who came out to protest told 11Alive's Hope Ford: "It could've been me."

Then, she realized, "It probably still could be me."

That protester, Azuree, and her friend Angel were among those who gathered in Atlanta after the announcement of the indictment of one officer in the case - for shots fired into the apartment next to Taylor's.

11Alive is Where Atlanta Speaks, and a number of people involved in demonstrations told us of the particular pain and emotional trauma Taylor's case has registered for Black women, and of a sense that justice was denied once more in a series of cases that have drawn people to the streets this year.

'That's how we've been treated repeatedly'

Speaking to 11Alive's Hope Ford, Angel said the outcome in the case "definitely does hit different" for Black women.

"I was extremely sad to see the verdict, considering especially how long it took to finally hear anything from the government up there," she said. "But it wasn’t a surprise at all, because that’s how we’ve been treated repeatedly throughout history."

At a rally at Johnson Park, a speaker also voiced the feeling that, as a Black woman, Taylor's death and the outcome of her case left a deep impact.

"As a Black woman the thought that I could be laying in my bed and asleep, by my significant other, and rogue officers barge into my home and just shoot - they did the press conference today and didn’t even mention her name one time," she said. "Let that sink in. They did a press conference and spoke, and her mom had to sit in that room and they didn’t have the decency to say her name one time. Enough is enough.”

'If you're not a cop, then the law only works against you'

At the rally, Pastor Jared Sawyer, Jr. explained to 11Alive's Chenue Her how Black Americans and advocates saw a two-tiered justice system at work in Breonna Taylor's case.

'There is no justice'

Atlanta attorney and advocate Gerald Griggs spoke with Chenue about the need for accountability.

"We've been marching for a while and we've been demanding change and change has been slow," he said. "I think our elected officials just don't understand how resolute we are... we want them to understand that we are tired of having to have the same conversation with them over and over again. A young lady was unarmed, killed in her apartment, and there is no justice. That should not happen in 2020."

'They don't want the peace'

One man spoke of the dynamic for protesters trying to reach through to officers at the Capitol in Atlanta on Wednesday.