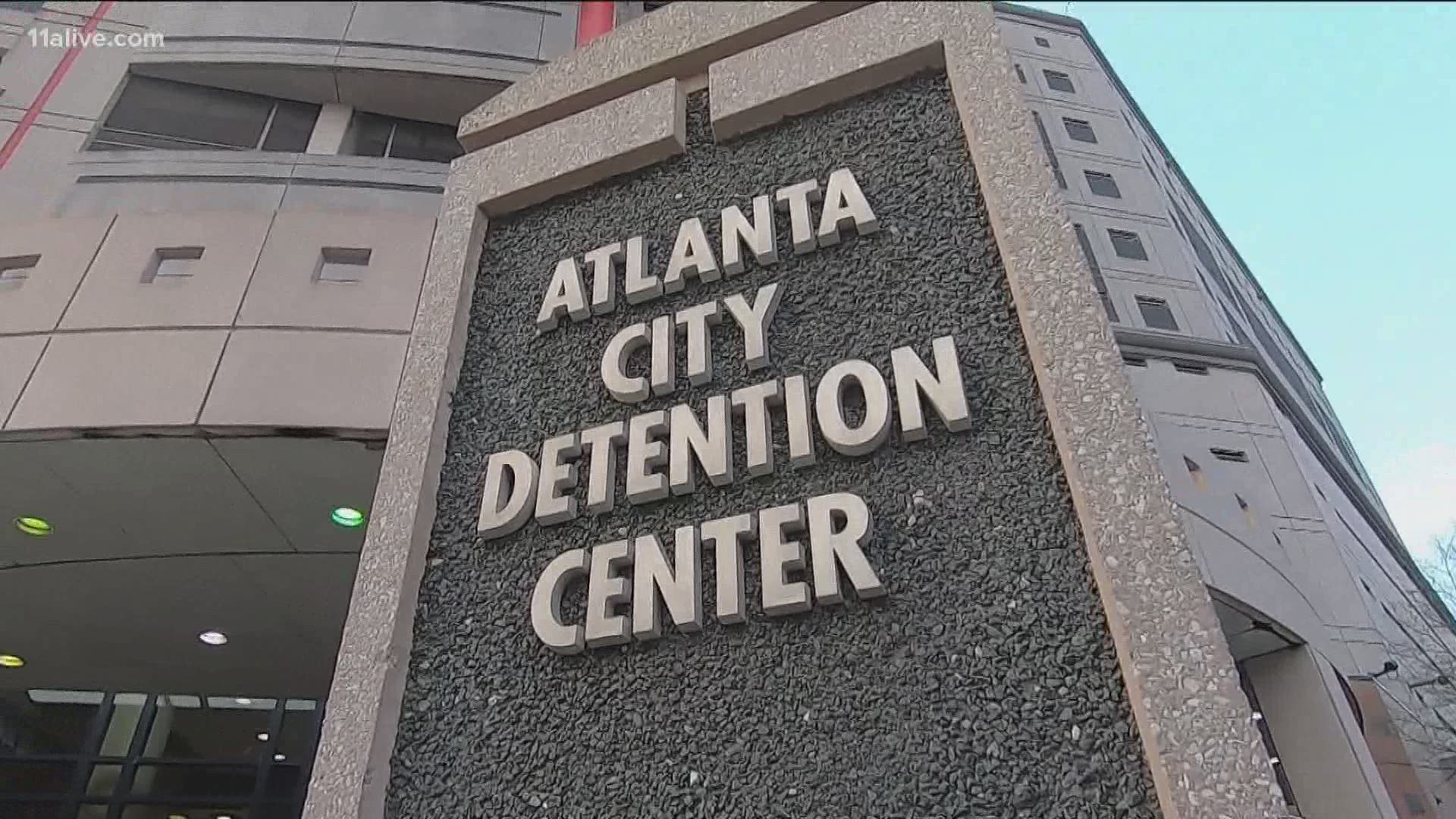 ATLANTA — On Wednesday, protesters marched from Atlanta City Hall to the Atlanta City Detention Center. As it rained, they continued to march, holding up signs with slogans like “Close the Jail ATL” and “Communities over Cages.”

It was a gift from Marilynn Winn, Executive Director of Women On The Rise. Winn gave it to the mayor as Bottoms signed legislation to close the Atlanta jail with the goal of re-purposing the building. Mayor Bottoms said closing the jail was a step toward reforming the criminal justice system in America.

“I see this as a place where we will have access to childcare, GED training,” she said back then, as she stood in front of the jail.

"We developed a task force, we went through almost a year's worth of work,” Marilynn Winn told 11Alive.

But then, the city’s 2021 fiscal year budget came out, and in it, a proposal of $18 million to the Atlanta Department of Corrections.

Mayor Bottoms has since announced the city is cutting its corrections budget by 60 percent and allocating those funds to the conversion of the Atlanta Jail into a health and wellness facility, but Winn said the budget proposal needs to be gone altogether.

"We want to see a zero budget," Winn said. "Zero budget to us means that the doors are closing. We need her to close it now."