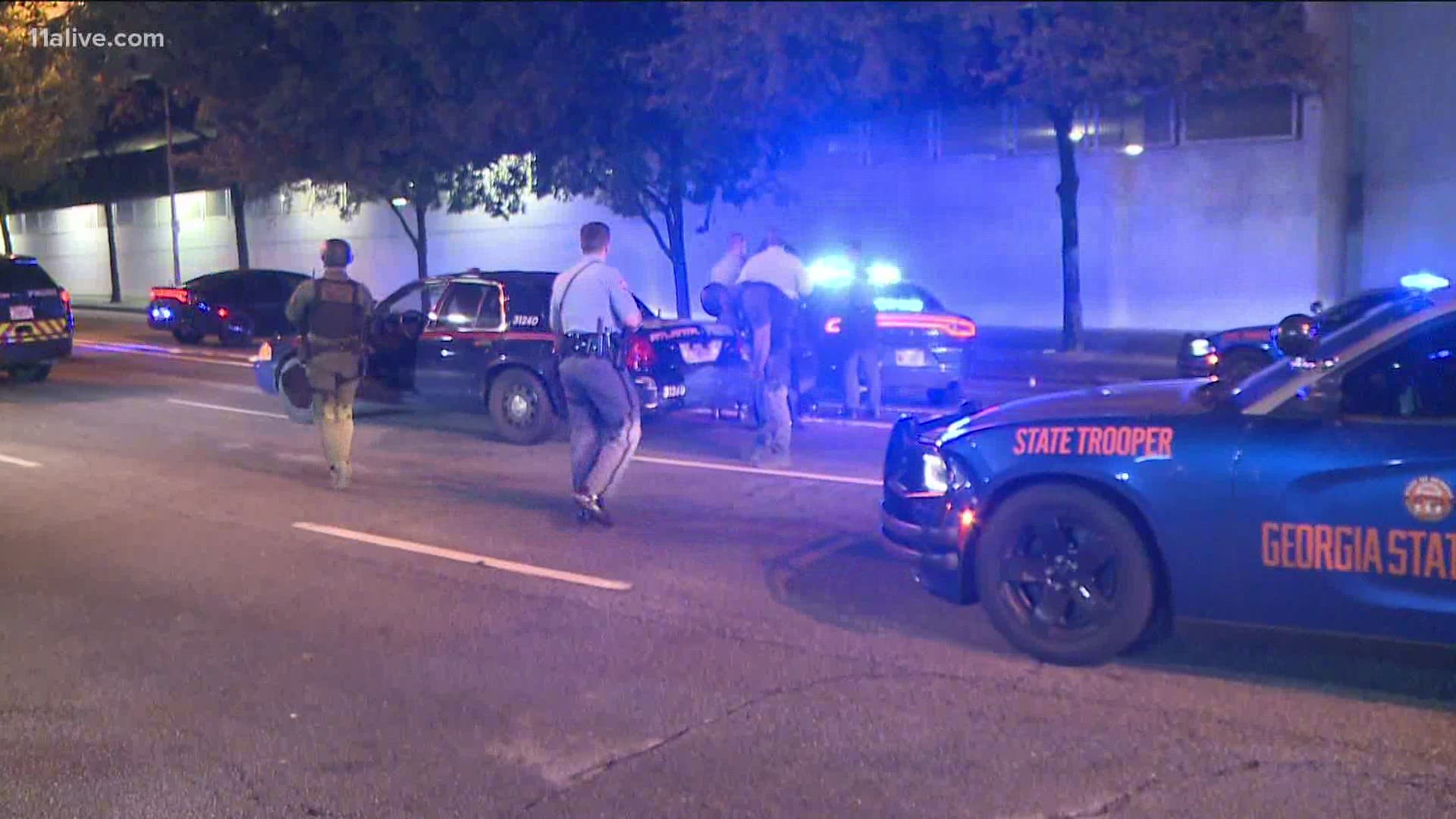 According to Atlanta Police Deputy Chief Celeste Murphy, with the department's field operation division, officers responded at around 8 p.m. to Woodruff Park for the protests.

When they got there, Murphy said they immediately found out that the protest's "intention was to be destructive." Police reported that there was damage to the Zone 5 precinct.

According to Murphy, officers tried to search for the protest organizers and leaders to see what their plans were, so that they could allow them to peacefully protest, but Murphy said they were "immediately met with resistance."

"The organizer was not welcoming at all," she said.

Murphy said that officers were sprayed with Mace, hit with rocks and frozen water bottles and targeted with fireworks. She said it left officers with minor injuries. None of them required hospitalization.

"Thankfully, we were able to immediately get things under control," Murphy said. "We were able to come to a quick resolution last night."

1 / 14
Tyson Paul / WXIA
Protests break out in Atlanta after the shooting of 29-year-old Jacob Blake by Wisconsin police officers.

Murphy said that they're not sure of any protests slated for Wednesday night, but police said they are watching to "stay ahead of anything we hear about." She said police resources are ready.

Murphy added that police "welcome peaceful protests" and wanted to work with protest organizers. However, Murphy said that it was clear that last night's event was an exception.

"This never was peaceful and was never intended to be peaceful," she said.