The protests come after the Sunday police shooting that seriously wounded Jacob Blake in Kenosha, Wisconsin. 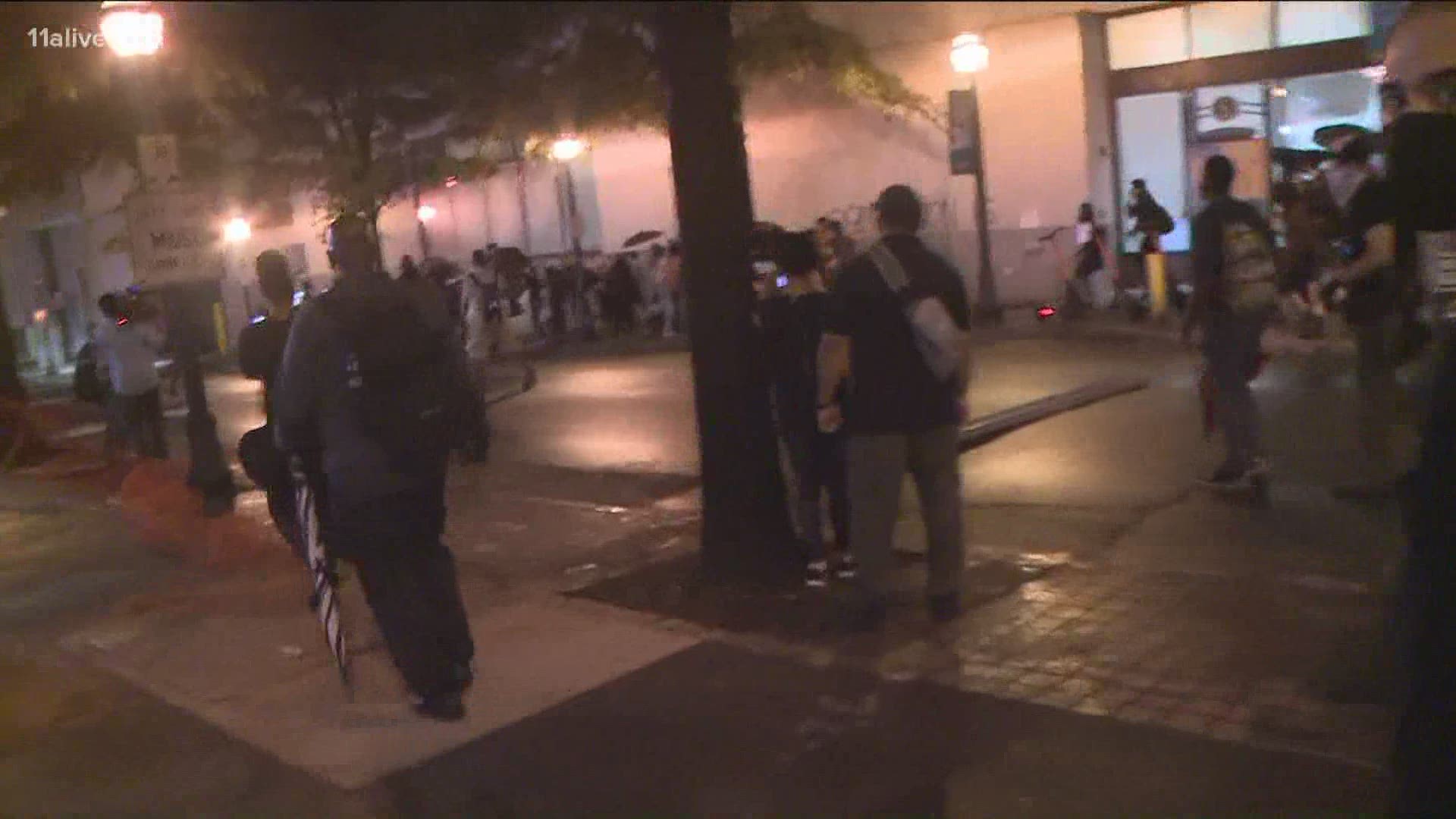 Police spokesperson Tasheena Brown confirmed the damage to the precinct off Ted Turner Drive. She said windows were broken and graffiti was sprayed on the building.

The protests come after the Sunday police shooting that seriously wounded Jacob Blake in Kenosha, Wisconsin, turning the city into the nation’s latest flashpoint in a summer of racial unrest.

The Wisconsin police agency has said little about what happened before the shooting, other than that officers were responding to a domestic dispute. Video recorded by a bystander at the scene showed police shooting Blake in the back as he tried to enter into his SUV, firing at least seven times. Three of Blake's children were in the car. The Wisconsin Department of Justice is investigating.

Protests erupted in Wisconsin shortly after, and have rippled throughout the nation again, including here in Atlanta, where the demonstrations Tuesday night centered at Woodruff Park in Downtown.

1 / 14
Tyson Paul / WXIA
Protests break out in Atlanta after the shooting of 29-year-old Jacob Blake by Wisconsin police officers.

Video from the scene showed protesters gathered, with some words spray-painted on the side of the building before police pulled up to the scene. Protesters appeared to throw fireworks back at them, before police moved in to clear them out of the streets.

Police said they will continue to "monitor the situation and their movements," Brown said.

11Alive's Hope Ford was following the protests when she saw one demonstrator step into the street around 9:30 p.m. Immediately, police arrested him, charging him with “pedestrian in the roadway,” according to Ford. Police said he appeared to be armed, and did not have a concealed carry permit on him.

She reported seeing at least one other person - a man on a bicycle - arrested about an hour earlier.

By the end of the night, APD told 11Alive that eight people had been arrested.

Demonstrators walking back to Woodruff Park but a few of them stepped into the street. APD immediately jumped out and arrested one man. Police then appear to pull a gun from somewhere on the man & we overheard one officer say “he had a gun” #11alive pic.twitter.com/DTeRRpWCAp

Materials from the Associated Press contributed to this report.