The woman who helped organize it told 11Alive through tears that it was a moment that helped turn some of the hurt into a bit joy. 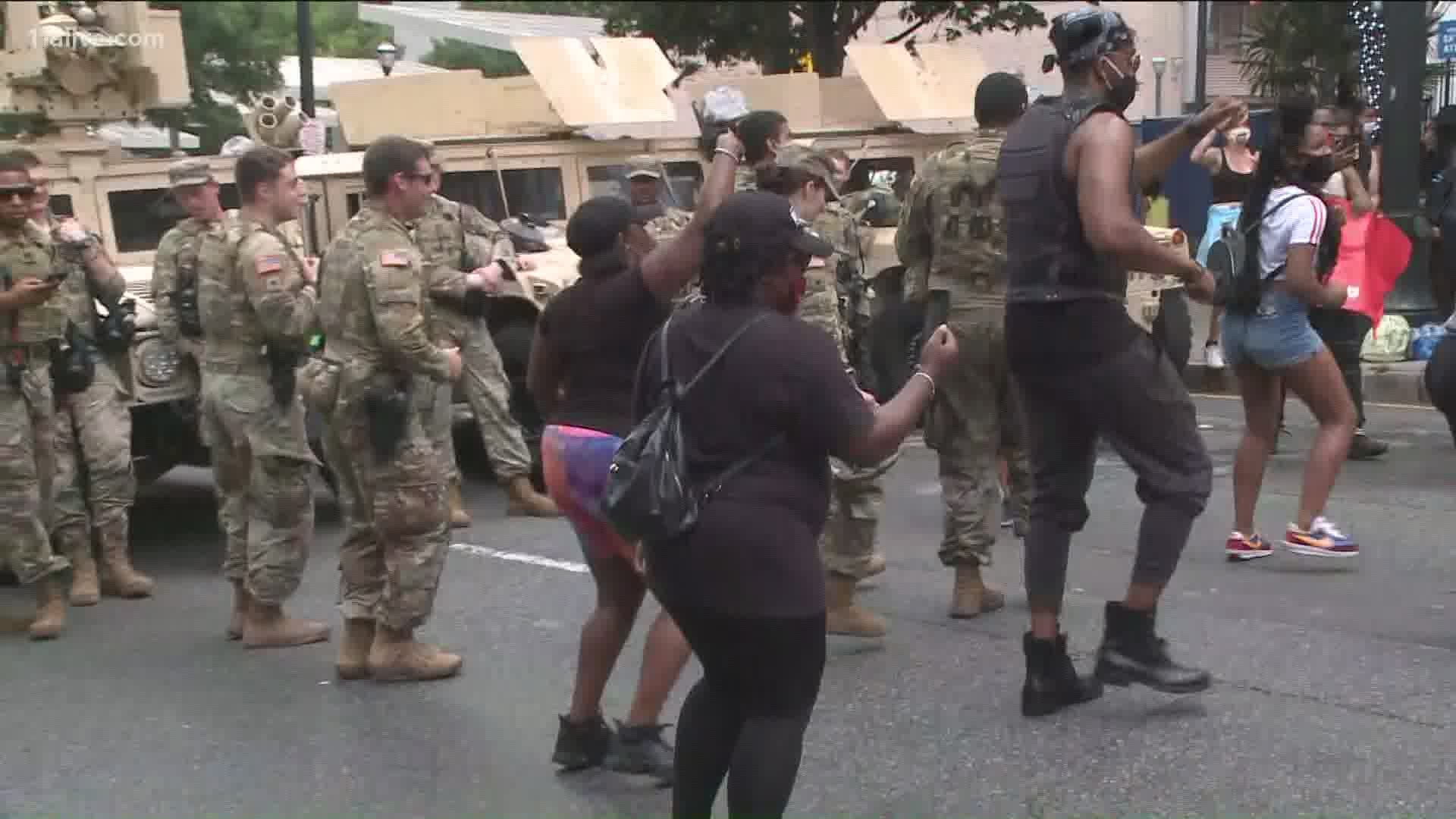 ATLANTA — While the subject of the nationwide protests sweeping across the United States is a heavy topic, there have still been moments of levity and human connection.

That was on display during protests in Atlanta Thursday night, when danging between protesters and members of the Georgia National Guard broke out on the seventh straight night of demonstrations in the city.

In the moments before the 9 p.m. curfew was set to take effect, 11Alive's Hope Ford said a woman brought out her loud speaker and played some music before the end of the night. All of the crowd joined in to dance the Cha-Cha Slide and the Cupid Shuffle.

11Alive spoke to the woman, Amisha Harding, who said it was an intentional choice to try and turn some of the hurt that she witnessed on Sunday night's protests into a bit of joy.

"The atmosphere was so heavy. People were screaming 'eff the police,' it was very dark. Protesters were screaming at each other. And we kept saying, 'what can we do to change the energy?'"

She said she and her cousin decided to bring a board out to the protest site, with a different theme everyday for people to write down and share their thoughts. She said today's theme was, "if we were all treated equally." The day before was "we want our government to know."

Harding said they've played music for a few days now, and at first, it was just a few people who danced. Today the National Guard joined in.

Harding said she understand the hurt, and said she often fears for her 18-year-old son's life, but she said seeing this helps her have hope for real change.

"This is what it's going to take," she said through tears. "You can't fight hate with hate.

"This is all we wanted. I'm beyond joyful right now. So happy."