Some protests expected around Atlanta on Saturday

Stone Mountain, the scene of a tense standoff between white nationalists and counterprotesters two weeks ago, is expecting to see at least one demonstration. 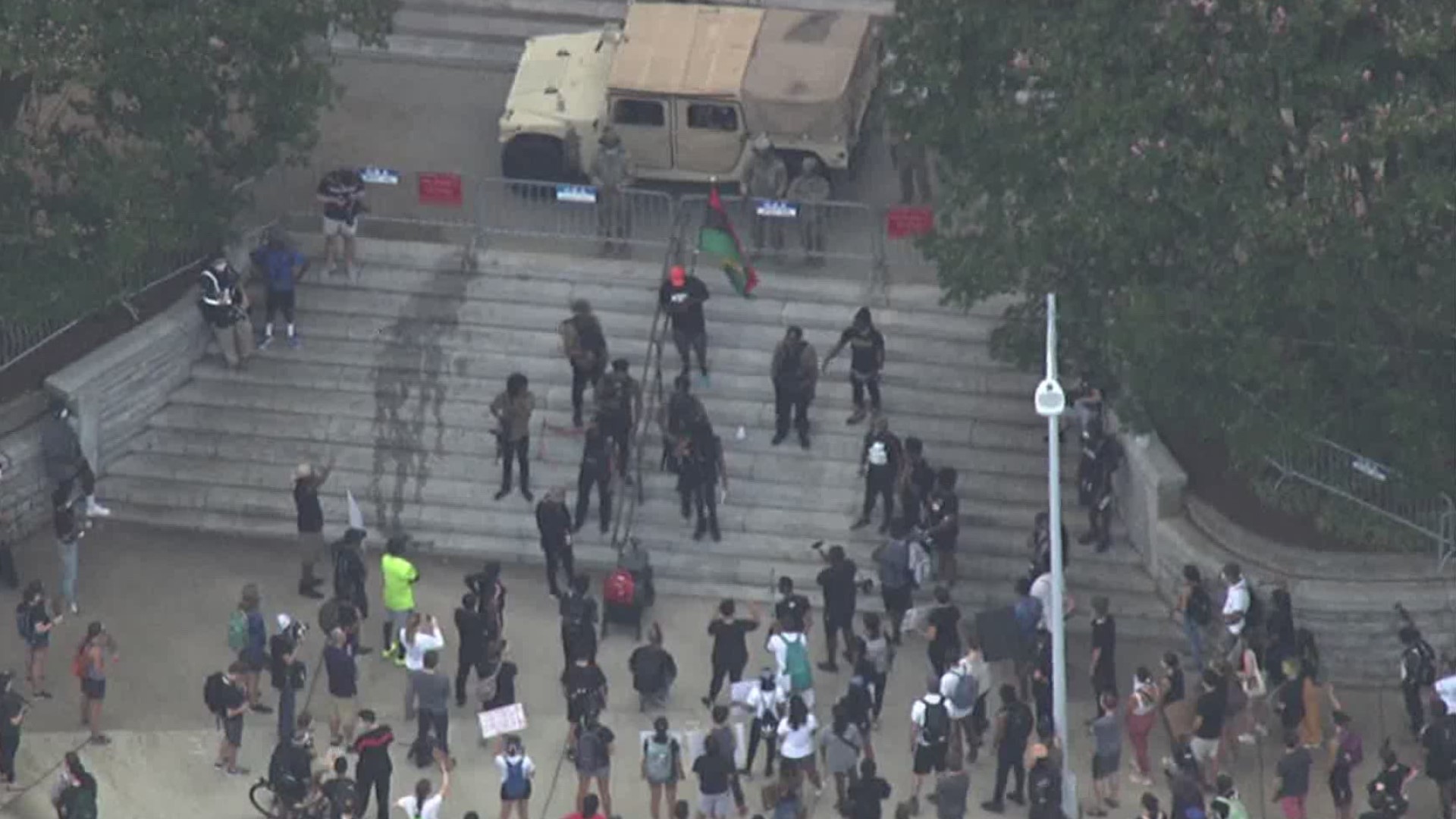 ATLANTA — A smattering of demonstrations are expected around Atlanta on Saturday, amid renewed intensity in anti-racist protests following the shootings of Jacob Blake and Trayford Pellerin by police.

At least one protest is planned for Stone Mountain, earlier this month the site of a tense, hourslong standoff between white nationalist demonstrators and counterprotesters.

A flier for that protest says it will last from 1 p.m. to 5 p.m. Organizers are planning a march to the Confederate carving in the side of the mountain, and the flier says "we need to continue to voice our concerns about this monument to racist history."

The Atlanta History Center has noted in the past the mountainside carving's "strong connections to white supremacy, Confederate Lost Cause mythology, and anti-Civil Rights sentiments."

We will be marching from 910 Main Street to the monument in Stone Mountain @WhereProtest pic.twitter.com/SXOGL0t60o

In the scene two Saturdays ago, shoving matches broke out and there were reported instances of pepper spray and flash bangs, but violence ultimately did not escalate between the two groups. There is no known white supremacist demonstration planned for the city today.

The other publicly planned demonstrations for today include a rally at the Wendy's where Rayshard Brooks was shot and killed by an Atlanta officer, and a protest against voter suppression in Avondale Estates.

At the Wendy's rally, community activists plan to renew calls to turn the site into a Rayshard Brooks Peace Center, according to a flier.

In the immediate aftermath of Brooks' death, the burned-out Wendy's lot became a focus of protest action and community organizing, and a makeshift memorial stood for some weeks there.

The city of Atlanta demolished the Wendy's in mid-July following the shooting death of Secoriea Turner by armed men who were blocking the road to the Wendy's, as her parents were trying to pull into a package store parking lot across the street from the site.

The activists who had repurposed the Wendy's have maintained they had no connection to the men who shot the young girl.

Bring a friend, tell a friend, tag a friend! Come out and join us! #solidarity @rayshardlaw pic.twitter.com/Qrmlfj11IC

A flier for the Avondale Estates protest says it will be held outside Stratford Pub from 10 a.m.-noon, with organizers doing voter registration and absentee ballot requests.