While Kemp said he does believe in the importance of demonstrators to voice their concern, he said it's important for them to not let their guard down. 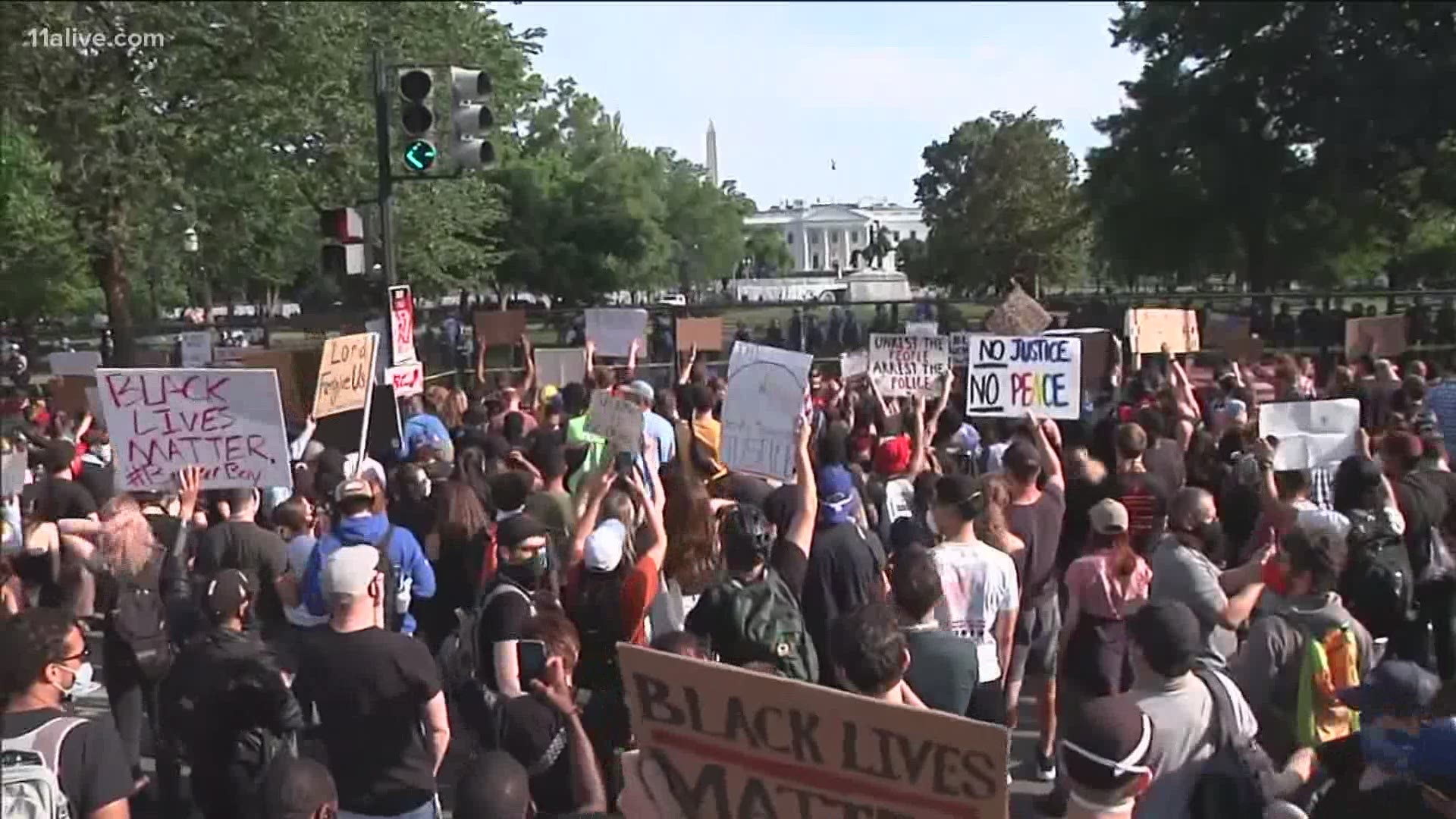 ATLANTA — State officials say they share concerns about the possibility of an uptick in COVID-19 cases as demonstrators pack the streets of Atlanta amid protests sparked by police brutality in the country.

Gov. Brian Kemp expressed that feeling during a Tuesday briefing on the state of coronavirus in Georgia.

"We encourage all law enforcement, along with all those who are participating in the demonstrations to get tested immediately," Kemp said.

The governor said Georgia Department of Public Health Director Dr. Kathleen Toomey is working with the head of the Fulton County Board of Public Health to establish pop-up testing sites next week.

While Kemp said he does believe in the importance of demonstrators to voice their concern, he said it's important for them to not let their guard down.

Currently, the number of cases of COVID-19 are trending downward within the state, but Toomey said the protests have the potential to become super spreading events like any others because of the sheer number of people present.

"I think the situation is no different than any other situation that we had talked about," she said. "When you have this many people gathered together in close proximity, you run the risk of viral transmission."

RELATED: COVID-19 cases trending down in Georgia, but protests could have wide-ranging impact

Added to that, she said, is the belief that people from other areas are coming to protest, and could possibly be unwittingly transmitting the virus.

"I think that we need to be very vigilant," Toomey said.

Toomey said the DPH is working to make testing available to not only the protesters, but also those first responders who have been working the crowds, including fire fighters, police, the National Guard and state troopers.

Toomey said the Georgia Department of Public Health has reached out to both the City of Atlanta and the Fulton County Health Department to begin to set up those testing, and will do so as early as next week.

"We want to ensure everyone who may be exposed unwittingly has access to testing quickly and that we can assist in this time to mitigate the spread fro this demonstration," she said. "We want to ensure that the pandemic doesn't spread because of this."