They are young people who know their voices and their actions can help make a difference for children in the future. 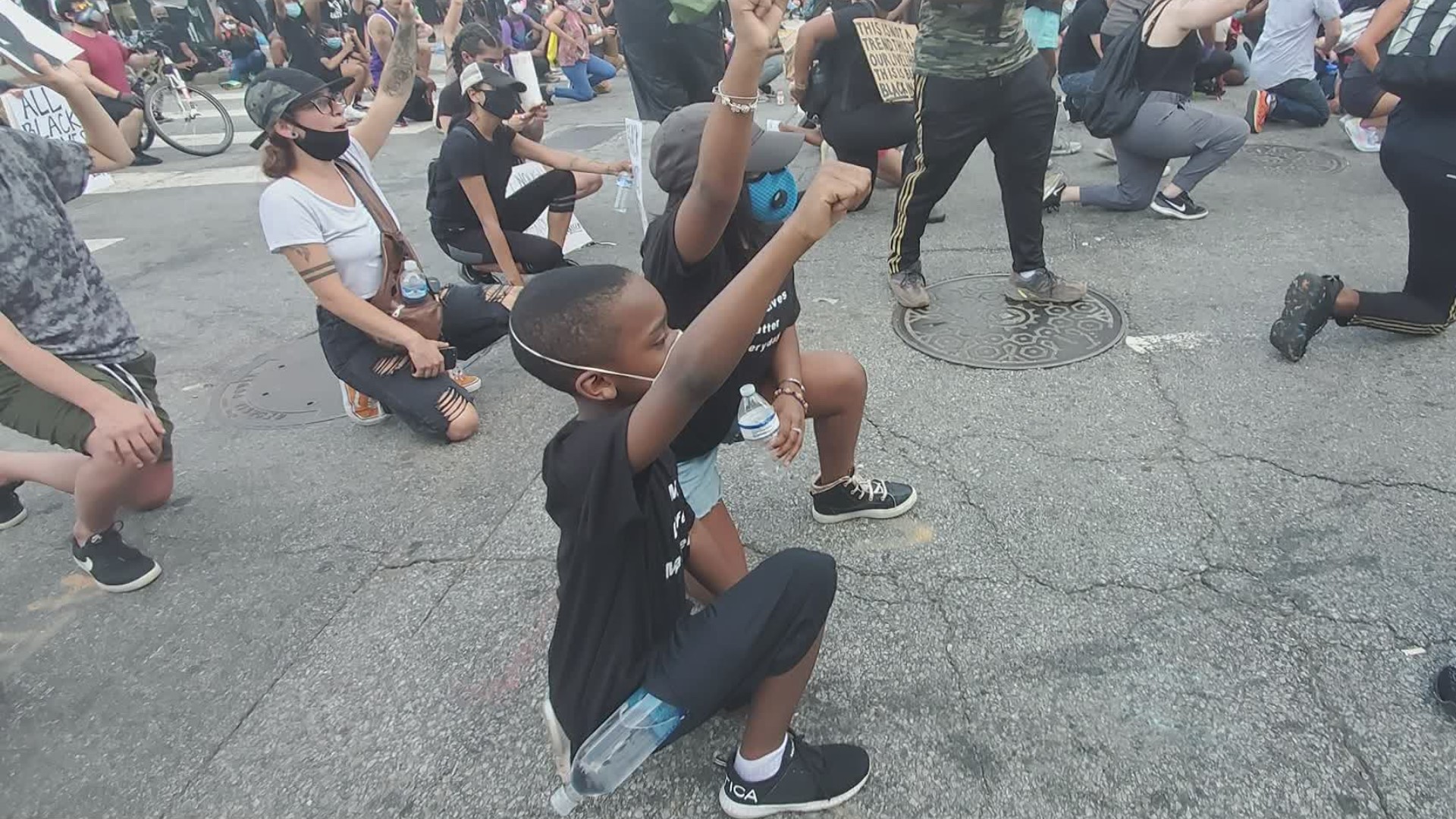 ATLANTA — They are children who say they are very much aware of the injustice around them.

“I hope that black people will stop being mistreated,” said 9-year-old Caden Harris.

Caden and his older sister Kennedi, 10, live in Stone Mountain, Georgia. They want to be part of a change.

"It’s good to stand up for your rights," Kennedi said.

They told their parents Tara and Sean Harris they wanted to be part of the marches in the community.

“I told them I wanted to go out and protest.” Caden said. “They told me the good things that could happen and the bad things, too.”

The Harris family said they talked about openly the rewards and risks.

“We told them about tear gas; it is something both of us have experienced,” their parents said.

Tara and Sean Harris both served in the military. Sean also served in law enforcement. They say they have had valuable conversations as a family.

“We gave them the choice and told them everything that could happen; and they still wanted to go.” Tara said. “As their parents, we wanted to support them.”

“We feel it is important for them to understand, so they can self-identify with everything that is going on and strive toward equality," Sean added.

Tara Harris said she wanted to be an active part of what is unfolding for the generations to come.

“I couldn’t watch everything on and tell the story to our kids and great grandkids and have them ask, ‘what did you do, grandma?’ And I couldn’t tell them that I just sat at home and did nothing," she explained.

Whitaker Swann, 16, said he was compelled to do something, too.

“I saw what happened to George Floyd and I had to do something," he said.

He told his dad Chris he wanted to organize a protest in Sandy Springs.

Whitaker got a permit and talked to police. He organized politicians, including Sen. Jen Jordon from Georgia’s 6th District and Sandy Springs Mayor Rusty Paul to speak at the rally.

“He was determined to see it through, and he made it happen,” Chris Swann said.

RELATED: Atlanta families come together for second round of peaceful protest for kids

Whitaker said the diversity he saw at the event was significant.

“To have black and white, all ages, along the LGBTQIA community, shows that it is everyone’s problem, and we need everyone’s help to fix it," he said.

Whitaker’s dad said he is proud of his son’s activism.

“Recognizing there is a problem and then looking for ways to contribute is important for us all," he said, adding that solutions come with a long-term commitment to be involved and speak out. “It can’t just be one rally, one protest, one march and say, ‘check. Okay, did that.”

Chris said that isn’t going to cut it.

“What we need is systemic change," he said.

Tara Harris believes a lot of people want to help but don’t know how. She encouraged people ask questions about getting involved, "even if you aren’t affected by police brutality or inequality, your voice still needs to be heard for the voiceless.”

They are young people who know their voices and their actions can help make a difference for children in the future.

“I hope they don’t have to go through stuff that a lot of other people are going through,” Kennedi said.

And her dad Sean added that, “there is no social change without financial change.” It is why, for years, he and his wife have encouraged and supported their children as they started their own businesses.