Bernard Lafayette started asking 'What is my role?' in the civil rights movement, around the time he met lifelong friend John Lewis. 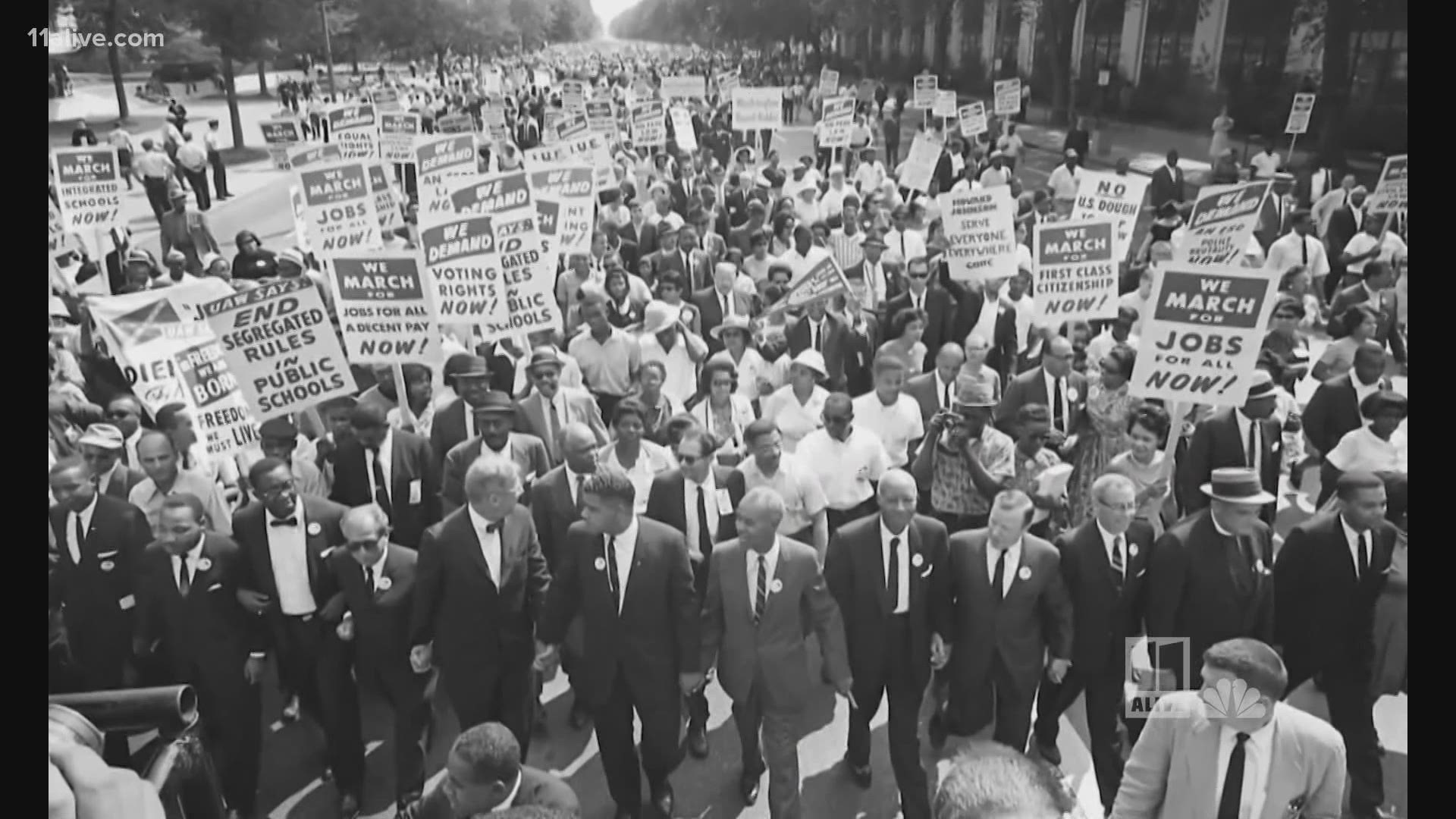 ATLANTA — “The model that John Lewis set, John Robert Lewis, is the model that I’m looking to help develop more and more. And I know the training he got because I was trained with him,” said civil rights leader Bernard Lafayette.

Lafayette started asking “What is my role?” around the time he met his lifelong friend.

“John Lewis and I ended up being roommates at the American Baptist Theological Seminary in Nashville. We were both in school,” Lafayette explained.

Before their first demonstration, they learned a valuable lesson.

“You can’t do everything at the same time. Pick a specific issue that you can unite around. So in Nashville, we brought all of the students from different colleges and universities into the training, but to only focus on the lunch counters,” he said. “We learned how to stand together and even suffer together. We were attacked, beaten. But even when that happened, we knew that we had to continue.”

He said pushing past fear is one of the keys to leadership.

Credit: AP
FILE - In this Tuesday, Jan. 16, 1968 file photo, Dr. Martin Luther King, accompanied by Rev. Bernard Lafayette, talks about a planned march on Washington, during a news conference in Atlanta. Lafayette was in Lowndes County, Ala., marking the anniversary of the death of Johnathan Daniels, a white civil rights volunteer who gave his life to save 17-year-old black girl Ruby Sales on Aug. 12, 2017 - the day of the Charlottesville, Va., rally. (AP Photo/Charles Kelly)

“You have to overcome fear in order to be a leader," Lafayette said. "You talk about leaders, you’re talking about leadership. It means that they’re all on the same ship and not going on different boats in different directions.”

As a leader, his mission became to analyze and fight against hatred and racism.

“You have to look into a person’s eyes but you have to see what they’re looking at. You know what you’re looking at. But you have to try to figure out how do they view you? What do they see when they want to hurt you or harm you? And then, the most radical thing you can do, is to imagine being that person. You didn’t choose to be black,” he described.

Movements require recruitment, and there was no one better at inspiring than Dr. Martin Luther King, Jr.

“I ended up working with Martin Luther King. He recruited me," Lafayette said. "And he was telling me to come down to Atlanta. He realized the work that I had done in the Selma movement, and he wanted me to be part of his organization.”

Credit: AP
FILE - In this April 4, 2012, file photo, civil rights activists and Southern Christian Leadership Conference members, from left, Ralph Worrell, Dr. Bernard Lafayette, Jr., C.T. Vivian and Frederick Moore, join hands and sing "We Shall Overcome" at the Atlanta gravesite of Rev. Martin Luther King Jr., marking the 44th anniversary of his assassination. The Rev. Vivian, a civil rights veteran who worked alongside the Rev. Martin Luther King Jr. and served as head of the organization co-founded by the civil rights icon, has died at home in Atlanta of natural causes Friday morning, July 17, 2020, his friend and business partner Don Rivers confirmed to The Associated Press. Vivian was 95. (AP Photo/David Goldman, File)

RELATED: Lawyer: It would take 'a miracle' for Jacob Blake to walk again after police shooting

“John and Bernard Lafayette bought two tickets, climbed aboard a Greyhound, sat up front, and refused to move,” Obama said.

11Alive's Neima Abdulahi asked Lafayette, "Young people all across the world are asking themselves what do I want my role to be in history? How did you ask yourself what is my role and how did you answer that for yourself?”

That was a question he was familiar with.

His mission now is to pass the torch to the next generation.

“I have committed my life to train leaders. No revolution has ever been won, unless you’re able to win the sympathy, if not, the active involvement of the masses,” he said in closing.