The city of Aurora is looking for someone new to head its independent investigation due to concerns the previous choice could not be impartial. 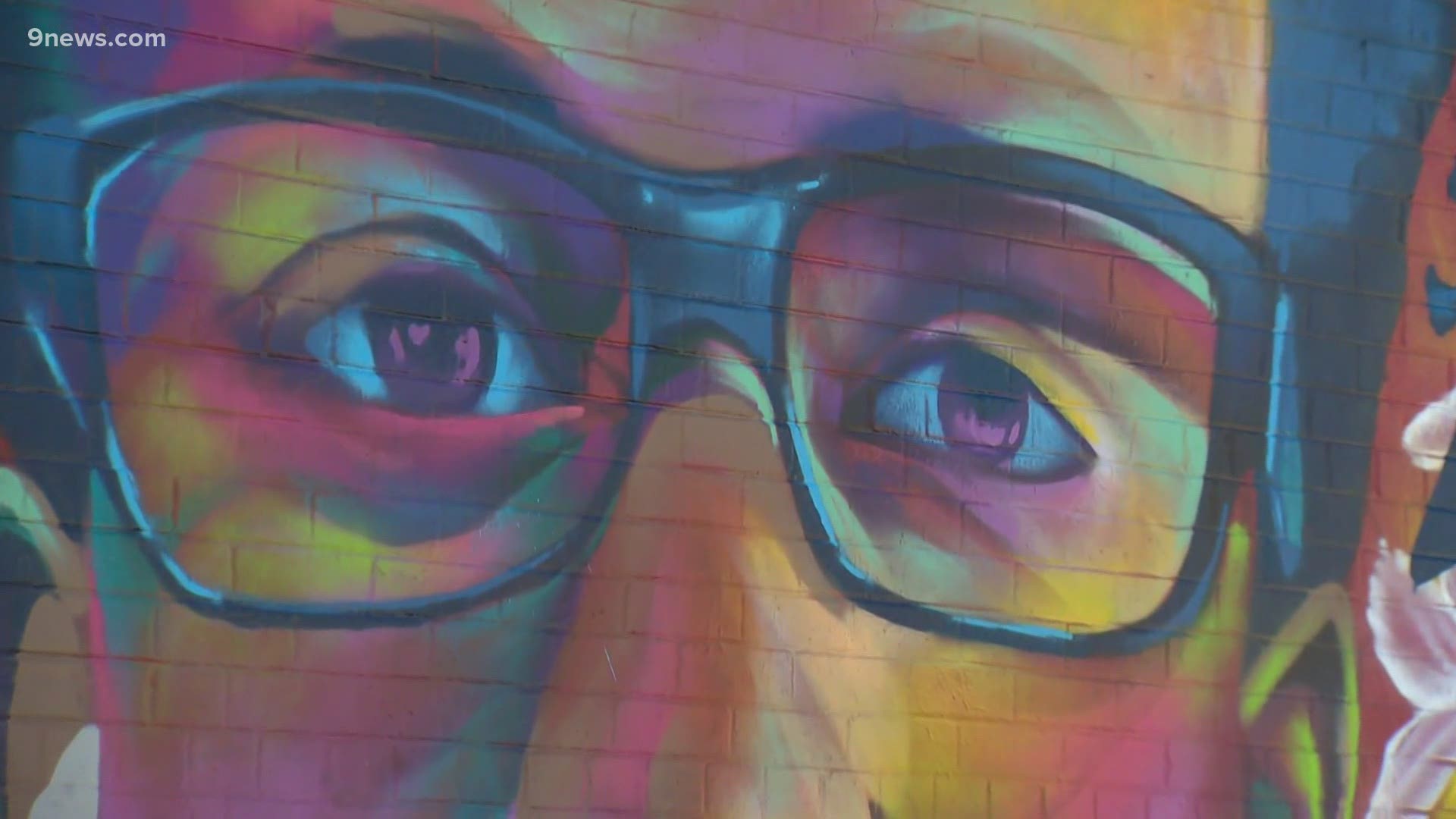 DENVER — As calls for justice following the death of Aurora man Elijah McClain have entered the national conversation, Colorado’s governor is now weighing in, seeing how the state can get involved.

“I am hearing from many Coloradans who have expressed concerns with the investigation of Elijah McClain’s death,” Polis tweeted. “As a result, I have instructed my legal counsel to examine what the state can do and we are assessing next steps.”

More than 3 million people have signed a Change.org petition asking for an independent investigation into how McClain died and for the Aurora Police Department (APD) officers involved in his death to be removed from the streets.

Aurora Mayor Mike Coffman announced Wednesday that Aurora City Council will meet on July 6 to vote on a new independent investigator to look into the death of 23-year-old McClain.

Aurora was several months into a different independent investigation when it was revealed that the attorney doing the investigation, Eric Daigle, was a former police officer in Connecticut who city council members say advertised his experience on his website as “defending municipalities, police chiefs and individual officers from law enforcement liability claims.”

Wednesday Daigle told 9NEWS, “I was disappointed that the City did not even ask any questions or evaluate my abilities and objectiveness. Our investigation had made significant progress since being retained.”

Daigle was paid $225 an hour for his services, but the city of Aurora said it does not yet know how many hours Daigle worked.

District Attorney Dave Young is the Adams County prosecutor in McClain's case. Young did not file criminal charges against the officers involved in McClain's death, stating in his decision letter "there was no reasonable likelihood of success in proving any state crimes beyond a reasonable doubt at trial."

On Thursday his office released a statement saying in part, "Ultimately, while I may share the vast public opinion that Elijah McClain’s death could have been avoided, it is not my role to file criminal charges based on opinion."

> The full statement can be found at the bottom of this article.

They also created a webpage to provide information about the case and to provide a place for public comment.

> Click/tap here to find more information from the DA's office.

Now, 10 months after McClain's death and seven months after Young's conclusion that he could not prove criminal charges against the officers beyond a reasonable doubt, thousands of people across the country are asking him to reopen the investigation.

The thousands of calls and emails did get his attention, but Young said they did not change his mind.

"Is it going to have an impact on my decision? The answer is no," he said. "As I stated earlier, I can't base my decision on petitions and emails. Unless there's evidence, if there's something that's relevant to the investigation, I will always look at it. If that means 'reopening the investigation,' I will do that on any case - whether it's 10 years old or six months old - but it's got to be relevant, and it can't be people's opinions. I can't use that in court."

Mari Newman is the McClain family lawyer. She said she can find a lot of reasons for the DA to reopen this case.

"We don't need more evidence," Newman said. "What we need is a district attorney who cares about people, cares about humanity and cares about justice."

"Elijah was an innocent young man who never had any problems with the police whatsoever," Newman said. "It's outrageous that the city of Aurora has continued to lie to avoid accountability and is only now pretending to care even one iota because the world is watching. They should just do their jobs in the first place."

McClain was pronounced dead on Aug. 27, 2019 – a few days after he went into cardiac arrest following a struggle with Aurora officers, who contacted him after receiving a call of a suspicious person in the area.

McClain’s family said he was walking to get an iced tea for his brother and would usually wear a face mask when it got cold outside.

Officers used a carotid hold when restraining McClain, a practice that has since been banned in the city of Aurora. McClain was also given a sedative by Aurora Fire Rescue to calm him down.

"When you look at the law, the officers clearly had a reasonable suspicion to contact Mr. McClain," Young said. "And it escalated to a level of force that I don't think I can prove was not justified under the circumstances."

Young said if new evidence is brought forward from any investigation, he would reopen McClain's case. For now, Young does not believe a crime was committed.

"Under the circumstances, do I think the officers could have done handled it differently? Absolutely. And I wish they would have," he said. "But when you say is a crime committed, to me that means can a crime be proved to a jury beyond a reasonable doubt. Based on what I know - and I think I know the entire investigation pretty well - I do not feel like a state crime was committed."

"I can tell you that Elijah McClain's family is very gratified to see people standing up," said the family's attorney. "The millions of people who have signed petitions, who have expressed their outrage at how he was treated by Aurora law enforcement, and the cover up now by the city of Aurora. People getting involved makes a difference, protest makes a difference," Newman said.

"I hope that people continue to do that. Certainly, I hope they continue to stand up for Elijah McClain," she said, "but also for every other young black person in America who can't go about their daily lives without risk of being murdered by our own police force - who are supposed to be protecting and serving but instead are killing people."

On Thursday Young released a lengthy statement where he further explained his role in the process. His full statement is below.

The tragic death of Elijah McClain has focused attention on the role of the district attorney, particularly in the 17th Judicial District. Media outlets have published widespread communication that I have “cleared the officers involved in Elijah McClain’s death of any wrongdoing.”

This statement is not only incorrect, it does not adequately convey the role of the district attorney or the decision I was called upon to make.

Consequently, given the degree of public interest with this investigation, it is important for me to explain the process, along with my authority and decisions with respect to the case involving the death of Mr. McClain.

Generally speaking, the role of the district attorney is to review investigations of criminal activity brought by law enforcement agencies within the jurisdiction. That review is limited to a determination of whether the evidence supports the filing of a criminal charge under Colorado law. The standard of proof for filing a criminal case is whether there is sufficient evidence to prove any violation of law beyond a reasonable doubt. This review process is the same for any individual suspected of crime, whether a civilian or a law enforcement officer.

On November 22, 2019, I issued a letter to Aurora Police Chief Metz detailing the evidence and my conclusions with respect to Colorado law. The Aurora Police Department released that letter to the public and it is posted on our office website.

Click/tap here to read the decision letter in its entirety

Elijah McClain’s death was both tragic and unnecessary. Nevertheless, as set forth in the letter, my role in reviewing the evidence is limited to an assessment of whether criminal charges should be filed against any person involved in the death of Elijah McClain.

The forensic evidence revealed that the cause of death was undetermined. Specifically, the pathologist who conducted the autopsy stated that he was unable to conclude that the actions of any law enforcement officer caused Mr. McClain’s death.

In order to prove any form of homicide in the State of Colorado it is mandatory that the prosecution prove that the accused caused the death of the victim. For those reasons, it is my opinion that the evidence does not support the filing of homicide.

Furthermore, although I may not agree with the officers’ actions in this incident, in order to prove a crime, the evidence must demonstrate beyond a reasonable doubt that the force used was not justified.

In this context, the legal question of “justification” is based on whether the involved officers held a reasonable belief that the use of force was necessary. Based on the evidence and the law applicable at the time of Mr. McClain’s death, the prosecution cannot disprove the officers’ reasonable belief in the necessity to use force.

Based on the facts and evidence of this investigation I cannot prove beyond a reasonable doubt that the officers involved in this incident were not justified in their actions based on what they knew at the time of this incident.

Ultimately, while I may share the vast public opinion that Elijah McClain’s death could have been avoided, it is not my role to file criminal charges based on opinion, but rather, on the evidence revealed from the investigation and applicable Colorado law.