Under the guise of protests, authorities believe organized groups are committing the violence during, otherwise, peaceful protests. 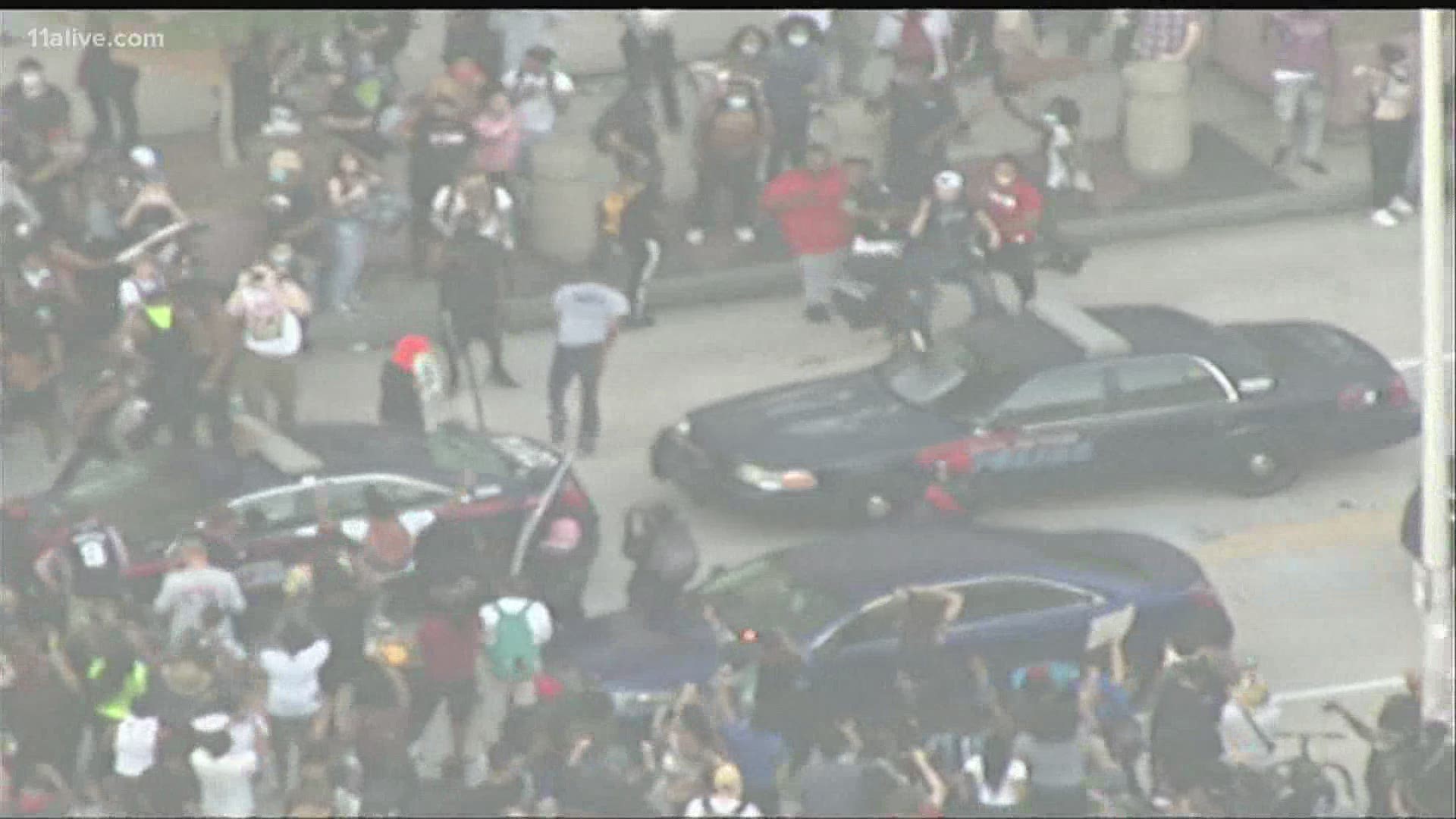 ATLANTA — The Georgia Bureau of Investigations believes the violence caused at recent protests in downtown Atlanta was started by organized groups.

At a press conference with Gov. Brian Kemp on Tuesday, GBI Director Vic Reynolds said his agency has been looking into groups that they accuse of having an agenda.

“We are convinced, based on the intelligence that we have, there are individuals here from various groups around the country that are bent, primarily, on destruction and violence,” Reynolds said.

Authorities wouldn’t go into details about where they believe these groups are coming from or what they stand for.

On Friday, thousands attended a peaceful protest downtown. As the hours went by, the crowd became more and more violent. Rocks and bottles were thrown at officers. Two police cars were set on fire and several businesses were damaged and looted.

Kemp said he’s been working with protest organizers to try to find the responsible parties. He said the violent protesters are putting others are risk.

“The hard part of this job is when things start breaking loose, late at night, right before the curfew, you’ve got the good actors who are looking to get out of there and not get in any trouble, and you’ve got the bad ones who are suiting up,” Kemp said.

Law enforcement is working around the clock along with 3,000 members of the Georgia National Guard that have been mobilized.

“Fatigue sometimes impairs judgement,” said Gen. Thomas Carden, who added that leaders are working to keep those working on the front lines rested and hydrated.

“The last thing we want is for someone to be fatigued and make a bad decision,” Carden said.