The mountain, known for its massive Confederate memorial carving and hiking trails, was also the location of the rebirth of the KKK in 1915. 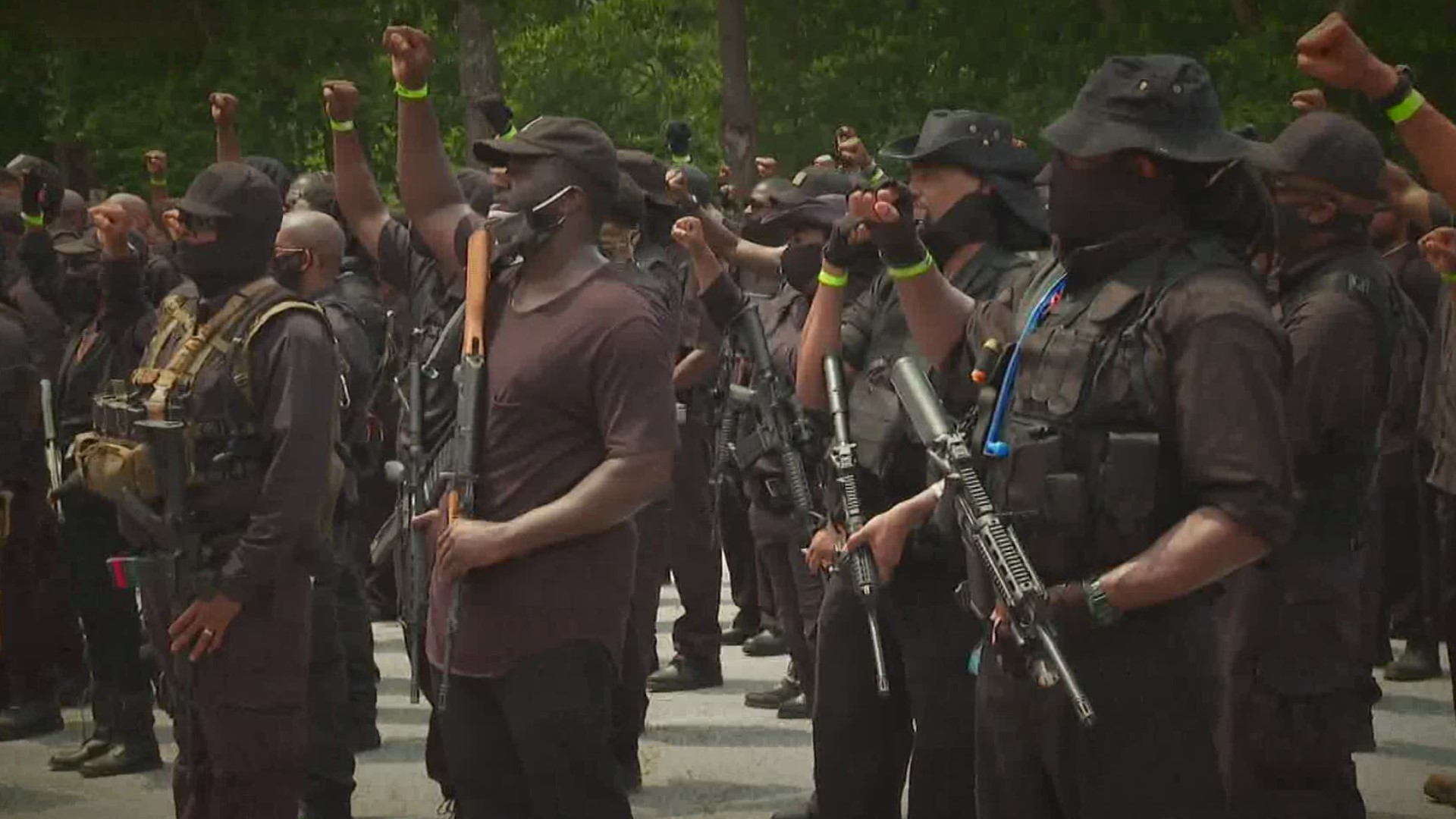 STONE MOUNTAIN, Ga. — A group of demonstrators marched into Stone Mountain Park on Saturday afternoon, according to park authorities.

The group, known as the Not F***ing Around Coalition (NFAC) was comprised of about 100 to 200 people, all dressed in black.

Shortly after 2 p.m., Bankhead said the group was allowed to come into the park and entered from the West Gate. They then headed toward the lawn area of the park, where the large Confederate carving of Jefferson Davis, Robert E. Lee and Stonewall Jackson on the north face of the mountain can be viewed.

The group then went to Memorial Hall during their time at the park.

In a video shared online, one member of the group also spoke about the reason they chose the location, describing the park to fellow members of the group as the "birthplace of the Ku Klux Klan" - referring to how it was restarted atop the mountain in 1915.

"I want the heart of the Ku Klux Klan to hear me no matter where the f*** you are," he said. "I'm in your house. Where you at? You made a threat. We don't threaten."

The group ultimately left with an escort by park police. Police said they had no issues with the group during their time in the park.

"It's a public park, state park," Bankhead said. "We have these protests on both sides of the issue from time to time. We respect people's first amendment rights to exercise those rights."

"We understand the sensitivity of the issues here at the park and the dark past so we respect that and allow them to come in," he said. "As long as it's peaceful, which it has been, then that's fine."

Bankhead said that both the north and west entrances to the park were closed and no one else was being admitted during the demonstration. Those in the park were allowed to hike and walk but no attractions were open.

The event at Stone Mountain is only one of a number of demonstrations scheduled for the Fourth of July in and around metro Atlanta.

RELATED: July 4th: A day of liberty, a day of protest

Traditionally, for the Fourth of July, a large laser show and fireworks display take place at dusk with the carving as a backdrop.

Viewers are ordinarily invited to the lawn area to view the show, but due to social distancing restrictions brought on by the COVID-19 pandemic, this year's presentation has been canceled.